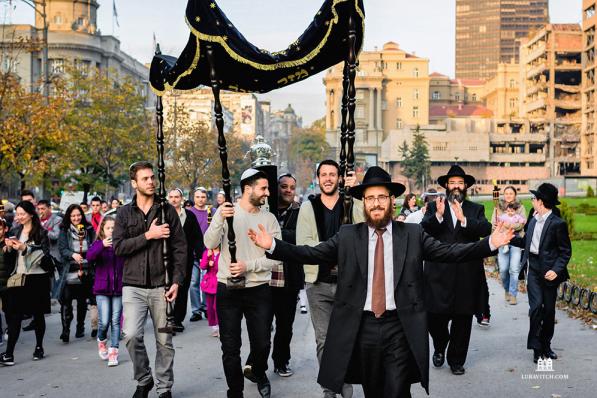 The Hungarian government has sent kosher food aid to the Chabad Lubavitch Jewsih community of the Serbian capital of Belgrade through a joint effort of the Hungarian embassy staff in Belgrade and the Hungarian Ministry of Foreign Affairs and Trade, Prime Minister Viktor Orbán’s press secretary Bertalan Havasi told Hungarian national news agency MTI on Wedneday.

In a letter to Prime Minister Viktor Orbán, Belgrade Lubavitch community rabbi Jehoshua Kaminetzky, Budapest Orthodox Jewish Rabbinate President Báruch Oberlander, and Hungarian Jewish Heritage Foundation President György Szabó, expressed their thanks for the Hungarian diplomats’ efforts who “with a huge effort, disregarding the impossibility” managed to gather and deliver the aid to the community, whose kosher food supplies ran out during the coronavirus pandemic.

“It was heartwarming to experience this altruistic aid effort along with understanding and cooperation,” Havasi quoted from the letter.

The Chabad Lubavitch Orthodox Jewish Hasidic movement was founded in 1775 by Rabbi Schneur Zalman of Liadi in Russia and is currently one of the world’s best-known Hasidic movements, and one of the largest Jewish religious organizations in the world.

Of the 82,500 Jews of Yugoslavia alive in 1941, only 14,000 — representing 14 percent — survived the Holocaust, and in 1942, Harald Turner, the SS commander and privy councilor in the German military administration of Serbia, infamously stated that “Serbia is the only country in which the Jewish question and the Gypsy question has been solved.”

Currently, less than 1,000 Jews live in the Serbian capital of Belgrade.

In Hungary, the government has done much to foster Jewish life in the country but has still had to contend with hostile press claiming otherwise. For example, in January of this year, Politico made a false claim that “Jews are fleeing Hungary” despite clear data to indicate otherwise. The magazine performed a stealth edit of the article to remove the offending passage when the Hungarian government protested but issued no correction.

“The real reason that Tusk’s remark causes such immense pain is that it humiliates and invalidates the suffering and death of the victims of the Shoah,” wrote Lukács.

He also pointed to the flourishing of Jewish life in Hungary.

“Jewish life in Hungary is enjoying a renaissance, a fact supported by the testimony of many proud, Hungarian Jews, including me,” wrote Lukács.