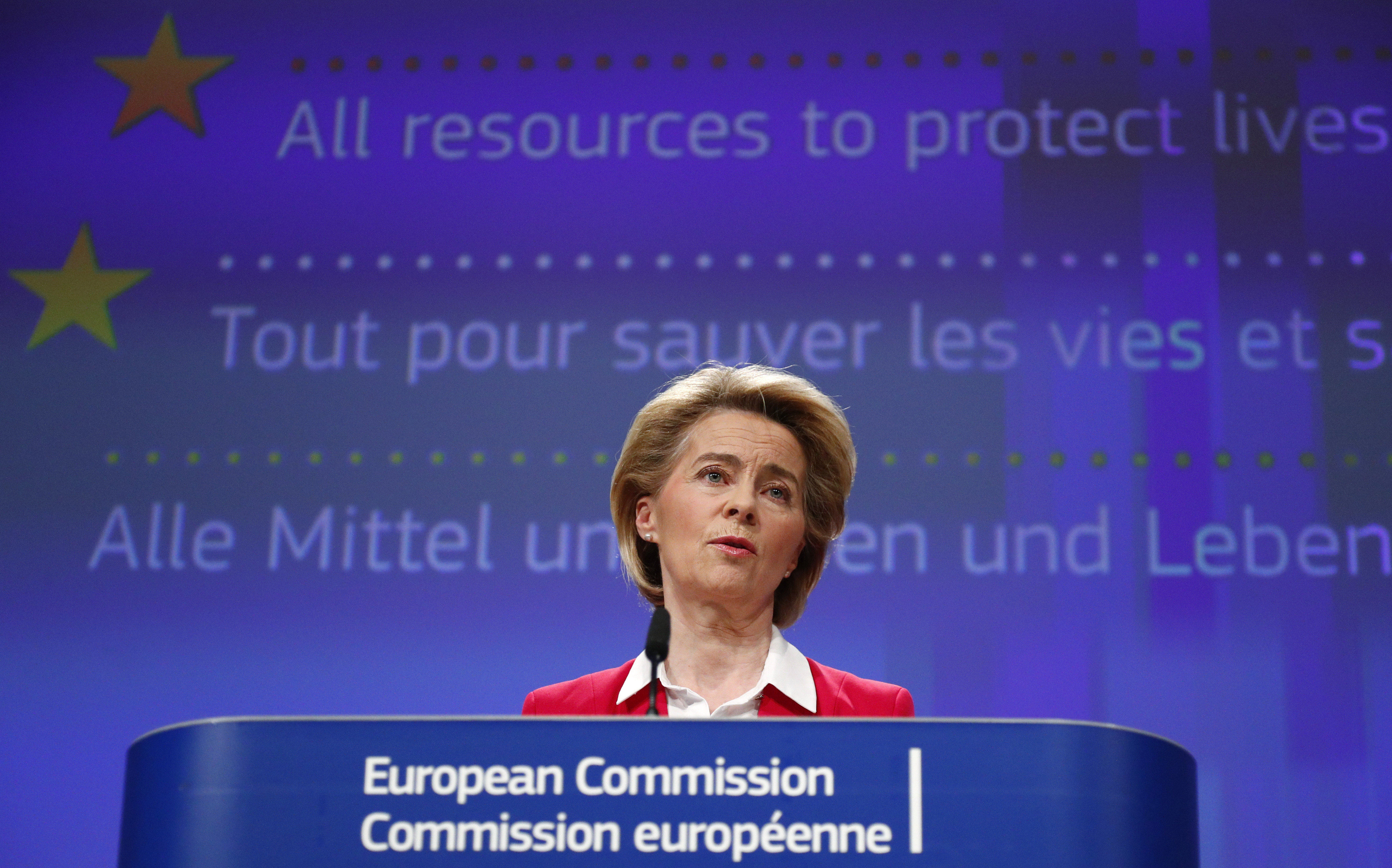 Von der Leyen said the €750 billion fund would be made up of €500 billion in grants and €250 billion in loans. It would be raised by temporarily lifting the EU’s budget ceiling to percent of EU’s gross national income and would be reliant on the EU’s strong (AAA) credit rating.

Together with the proposed €1.1 trillion budget for 2021-27, the €750 billion recovery fund would raise total funds to €1.85 trillion, which is the amount that the Commission says will “kick-start our economy and ensure Europe bounces forward”. On top of this sum, comes a previously approved €540 billion initial rescue package, making the total for the seven-year budgetary period €2.4 trillion, von der Leyen said.

Out of the €750 billion recovery fund, €500 billion will be given to member states as a grant, while the remaining €250 billion will serve as long-term loans repayable in 30 years, with a seven-year initial grace period, which would mean in effect repayment of the loans would occur between 2028 and 2058.

To repay the loan, the EU is planning to introduce a carbon tax based on the Emissions Trading Scheme, a digital tax and a tax on non-recycled plastics.

Hungarian MEPs, however, said the plan was grossly unfair for Hungary. MEP Tamás Deutsch, member of the Budgetary and Regional Development Committees, said that given Hungary’s 1-percent contribution to the EU’s budget, the country will have to repay 1 percent of the €750 billion loan, meaning €7.5 billion, which is only slightly above the €8.1 billion the country will receive from the recovery fund.

Italy and Spain are slated to be the biggest recipients with €81.8 billion and €77.3 billion respectively, followed by France with €39 billion and Poland with €38 billion. The Mediterranean states’ initial reaction was positive, which is understandable since Italy, for example, is set to receive an amount equaling 5 percent of its GDP.

Poland, Hungary, Bulgaria, and Lithuania want to see the fine print before committing to the package, while the so-called “frugal four”, consisting of Austria, Denmark, the Netherlands and Sweden, appear to remain opposed and want repayable loans to be the basis for any funding deal instead of free money for Southern European countries in the form of grants.

The Czech government has also voiced concerns over a €500 billion grant proposal from the French and German governments. The Czech Republic argues that such a large sum for countries in the south would be a huge reward for countries like Italy and Spain that have not shown fiscal discipline in the past. Czech Prime Minister Andrej Babiš argues that countries like his own along with others like Hungary and Poland have successfully dealt with the epidemic through smart policies, and they should not be punished for it.

“It would be unfair to be penalized for being successful in dealing with the epidemic,” the Babiš said.

Germany, traditionally known for its fiscal discipline, could benefit from a grant proposal. Many of the billions provided to Southern Europe will inevitably go back towards buying German products and services, which in turn will help stimulate the German economy.

All 27 member states will have to agree on funding, which means negotiations could remain fraught due to deep divisions about how billions in funding should be disbursed.