Plans being drawn to keep contagion outside the borders 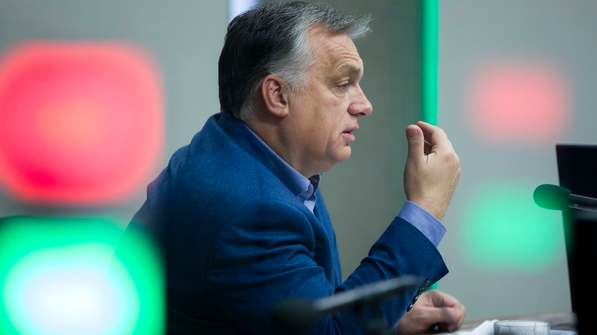 Hungary has successfully fought off the first wave of the coronavirus pandemic and new infections are now few, but the country is drawing plans to defend itself from new peaks in several other European countries, including some of its neighbors, Hungarian Prime Minister Viktor Orbán said in his weekly interview with Kossuth Rádió on Friday morning.

“We have defeated the first wave of the infection, now we are busy with mitigating the economic consequences and creating new jobs,” Orbán said, adding that data from other European countries is very worrying. “The numbers are sad. (…) New infections have increased tenfold in Croatia within the space of two weeks and fourfold in Serbia. Even in Slovenia, which has been the most successful in its defense so far, the risk of infection from outside is growing.”

All three mentioned countries are Hungary’s southern neighbors. While Orbán did not mention Romania to the east, the number of new COVID-19 cases registered there hit a new high of 600 from Wednesday to Thursday, the highest daily rise since the pandemic hit Romania on March 10. Orbán said that international traffic is now the biggest threat, both that of foreign nationals entering the country and Hungarians returning from vacations abroad.

“The slogan should be more Balaton and less Adriatic and then we can keep the epidemic in check,” Orbán said, referring to the landlocked country’s sweet-water Lake Balaton, the most popular domestic holiday destination. He added that he gave the country’s coronavirus operative group until midday to come up with a plan.