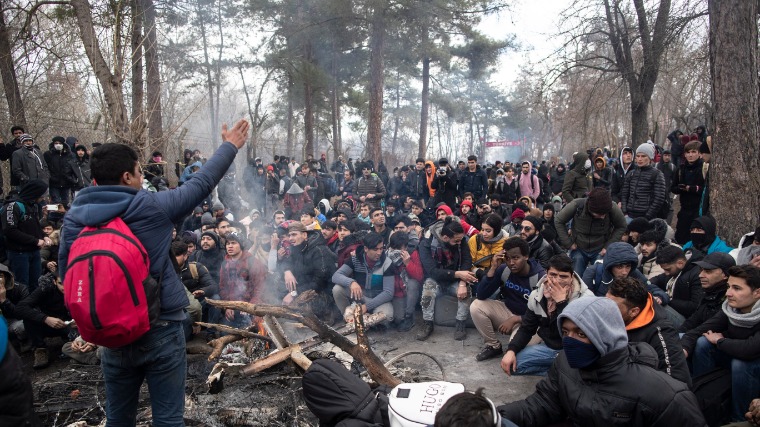 Responding to the double threat of a new migration wave caused by Turkey’s decision to allow migrants to leave and the imminent arrival of the coronavirus in Hungary, the country is temporarily suspended any further intake of immigrants at its transit zones on the southern border with Serbia, said György Bakondi, the national security advisor to Prime Minister Viktor Orbán on Sunday.

“For the sake of the country’s safety and the 321 persons already there [in the transit zones], Hungary has decided to suspend the intake of further people,” Bakondi said on national television channel M1.

The move means migrants can no longer apply for asylum in Hungary until further notice.

He added that according to the latest count as of Friday, Feb. 28, Hungary has registered 6,700 illegal border crossing attempts, 6,100 of which were on Hungary’s border with Serbia and 465 on the Romanian border.

In comparison, the number of people trying to enter Hungary illegally from Romania was 490 for the entire year of 2019.

Bakondi pointed out that according to Turkish sources, some 40,000 migrants have already left the country and, according Hungarian authorities’ information about the Turkish-Greek-Bulgarian border, a group of some 13,000 migrants are planning to forcefully enter the European Union.

He added that despite what NGOs supporting migration may say, Hungary has not opened and will not open its borders to migrants.

“We will defend our borders and our domestic security,” Bakondi said. “This is also a clear message to the migrants: whatever the organizers may say, there is no crossing through here.”

Erdoğan says, “We opened the doors”

The news follow Turkish President Recep Tayyip Erdoğan’s decision to open Turkey’s border to allow thousands of migrants to cross into Europe, sparking clashes with Greece riot police over the weekend as migrants tried to push their way through tear gas to enter Europe.

“What did we do yesterday?” he said in Istanbul during a televised speech. “We opened the doors.” With that announcement, the Turkish president delivered on a threat he has been making for years, which is to send up to 3.6 million Syrian refugees to Europe if the EU did not heed his demands.

Erdoğan said that up 80,000 migrants have already been sent to Europe and that he had no plans to stop the wave. A number of Afghan migrants successfully entered Greece without any documentation on Sunday.

Greece responded by suspending asylum and introducing a raft of new measures to stop the wave of migrants from entering the country.

Orbán has been warning for years about the threat of another migrant wave, and on Thursday, shortly before Erdoğan’s announcement that he was opening the border, Orbán said, “The main question is where can we stop this wave coming from the south. I have always said that migration comes in waves. We should expect a new migration wave and mass attacks at Hungary’s border fence, and we must defend the Hungarian border.”