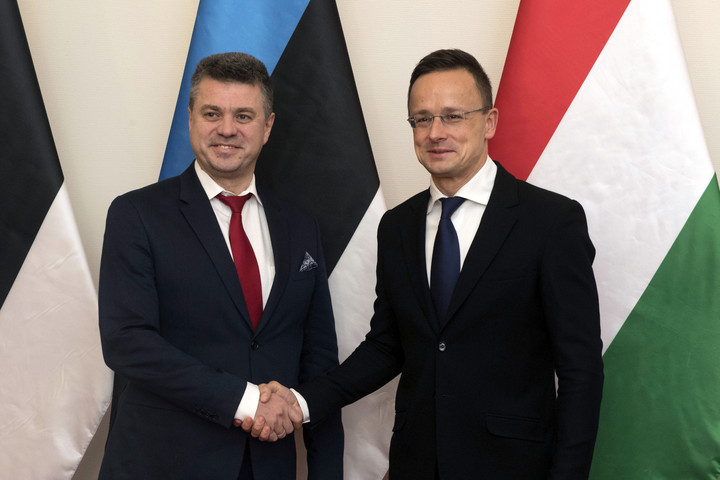 Hungary thanks Estonia for support amid EU attacks

Hungarian Minister of Foreign Affairs and Trade Péter Szijjártó thanked his Estonian counterpart, Urmas Reinsalu, in a telephone call on Tuesday for Estonian support for his country in the face of attacks from the European Union.

Following the phone call, Szijjártó posted a Facebook post saying that Reinsalu is “a true friend and reliable ally”.

In recent weeks, Hungary has been subject to several attacks after parliament gave the conservative government led by Prime Minister Viktor Orbán extraordinary powers for the duration of the coronavirus state of emergency, including the right to rule by government decree.

“He [Reinsalu] was unyielding in the face of pressure and did not criticize our country, even if being branded for it by the liberal mainstream,” Szijjártó wrote. “We both reject double standards, fake news and ostracizing countries.”

Global media outlets have been accused of misrepresenting the new state of emergency law in Hungary to fight the coronavirus, with many claiming Orbán has been granted unlimited powers for an indefinite period of time. These outlets have failed to mention that parliament can vote to end the state of emergency at any time and that Orbán’s decrees must be narrowly tailored towards fighting the coronavirus crisis.

Furthermore, the law does not dissolve parliament but instead requires the government to remain in constant consultation with parliament members. Many other countries have also enacted similar measures to help governments respond quickly to the crisis.

In a related post, Szijjártó said that European Council President Charles Michel and EU Justice Commissioner Didier Reynders, both from Belgium, were leading a “revenge campaign” against Hungary for its firm anti-immigration stance.

He said that in 2018, when the United Nations was drafting its Migration Pact, Hungary was one of the most vocal opponents, warning about the dangers of such an agreement. Eventually, both Michel, who then prime minister of Belgium and Reynders serving as his foreign minister lost that fight when Michel’s government had to resign after signing the U.N. document.

“This failure has been frustrating both Charles Michel and Didier Reynders, therefore their attack against Hungary is of a personal nature and based on that frustration,” Szijjártó wrote.

The EU recently warned Hungary that the “emergency powers [Orbán} has assumed to combat the coronavirus outbreak risk upending democracy and must be subject to proper parliamentary and media scrutiny.”

Despite EU threats against Hungary, European Commission Vice President for Values and Transparency Věra Jourová admitted during a Sunday debate program on Czech TV that Hungary had not violated any European regulations when it enacted its state of emergency.

“So far, Hungary has not adopted any such decree that would contradict European regulations,” Jourová said.