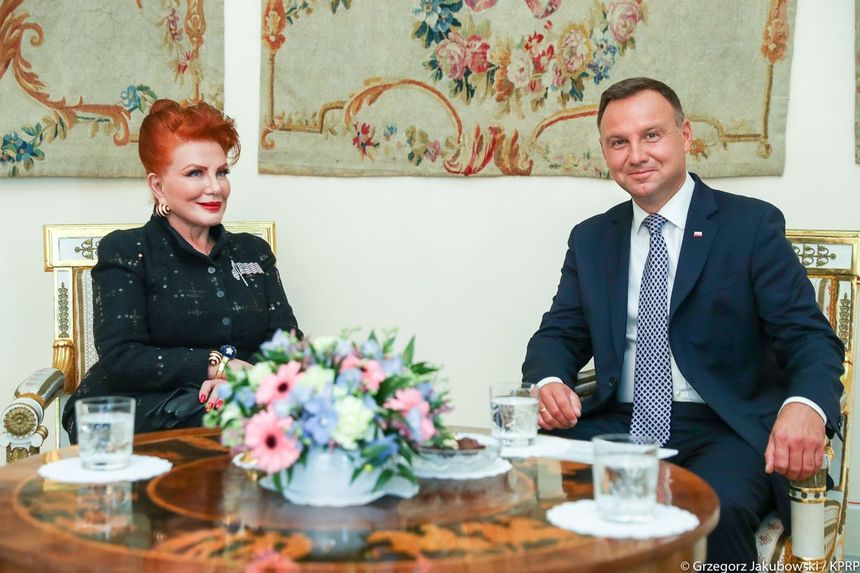 Waszczykowski said he appreciates that ambassadors have to defend the economic interests of companies from their country, but he questions her defense of controversial actions of the TVN commercial channel owned by Discovery, an American mass media company listed on the New York Stock Exchange.

Mosbacher had tweeted defending the channel’s news service, saying it is a part of the “Discovery family” and said it was committed to “transparency, freedom of speech and independent and responsible journalism”.

.@FaktyTVN is part of the @Discovery family – a publicly traded US company listed on the NY Stock Exchange, committed to transparency, freedom of speech, and independent, responsible journalism. To suggest otherwise is simply false.

Mosbacher was commenting on the Polish state TVP’s news channel criticism of TVN for its anti-government bias, attacks on the ruling PiS government, and party leader Jarosław Kaczyński.

Waszczykowski, in his interview for portal wPolityce.pl, says that the problem with the U.S. ambassador is that she is more of a businesswoman than a diplomat.

Waszczykowski also said that the U.S. State Department, to which she is accountable, has yet to be reformed during the Trump presidency. He feels that too often the State Department shares the view of Poland that Hilary Clinton and Barack Obama held and that the department’s briefings on Poland are hostile to the present Polish administration.

The former Polish foreign minister doubts whether Mosbacher had been briefed by either the State Department or the White House to defend a particular news program. He feels it was a personal reaction on the part of Mosbacher.

He advises against making a big issue of her remarks and suggests it would be better to calmly explain to the ambassador the objections many people have to TVN’s anti-government bias.

He also did not take Mosbacher’s words as an official U.S. reaction to the topic.

Waszczykowski emphasized that Poland is an ally of the U.S. and must be tolerant of any misinformation which the U.S. administration may fall foul. All the government can do is patiently work to correct the record and ensure its reacting to fact-based information.