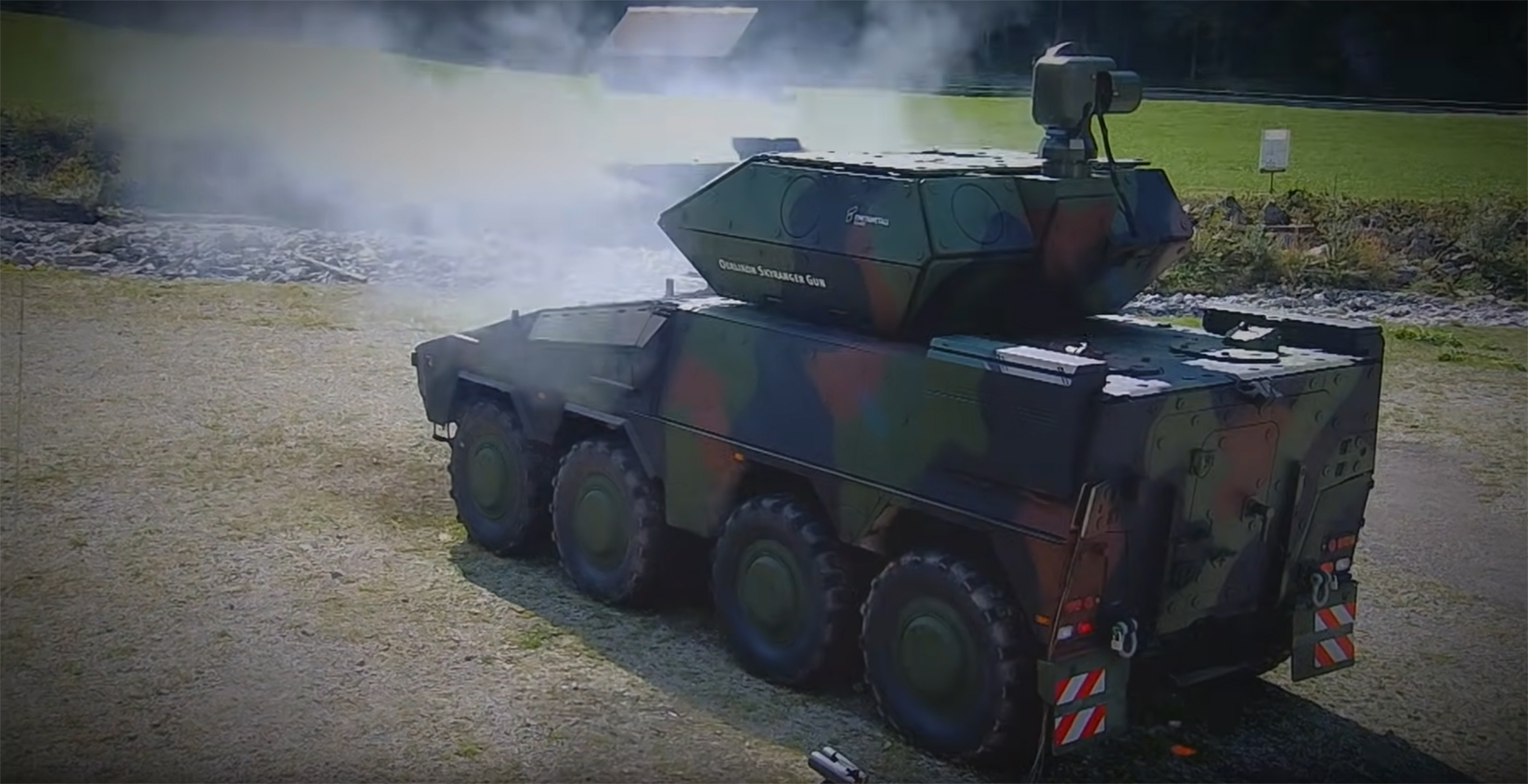 While Hungary has yet to confirm the information, it was revealed in a transcript of a briefing to investors of the German defense contractor’s Chairman-CEO Armin Papperger, first posted on a Hungarian defense forum.

“I expect this year an order intake for a new air defense system. Maybe, and I think so, it should be boxer based. The Hungarians are looking Lynx-based with an air defense system with a 35 millimeter turret. This with a searching radar and a tracking radar. So we are able to protect our troops 24/7. This is for convoy protection,” Papperger said. He was referring to the company’s Oerlikon Skyranger system, whose main armament is a 35mm auto cannon. It would be used for the defense of convoys and other important targets from drone swarms, against which traditional air defense missiles are ineffective.

In the investor briefing, Papperger also said that “Hungary is an important part of Rheinmetall’s portfolio, so much so that the development of digital devices in their next-generation combat vehicles will be carried out 100 percent in Hungary.”

Rheinmetall expects significant orders from the Czech Republic, Slovakia, Australia, and Italy. Hungary may also indirectly benefit from these orders, according to the Portfolio Analyst.

In the description posted on the Internet, the president and CEO of Rheinmetall AG mentions to the shareholders that Hungary’s importance to Rheinmetall’s portfolio is underlined by the large amount of orders from Hungary.

“Q4 was extremely strong, and we were able to post major programs for Germany and Hungary, helping to bring the total order intake into the aforementioned €4.4 billion. The order backlog stands now at €12.9 billion, and in addition, we have a shadow 10 backlog of €3.6 billion for truck and ammunition framework agreements which will come into force over the next couple of years,” Papperger said.

According to the CEO, Hungary has already paid an advance on the orders, so in 2022, Rheinmetall will start delivering to Hungary. He was speaking of the company’s Lynx infantry fighting vehicles (IFV) that Hungary ordered last August for €2 billion.