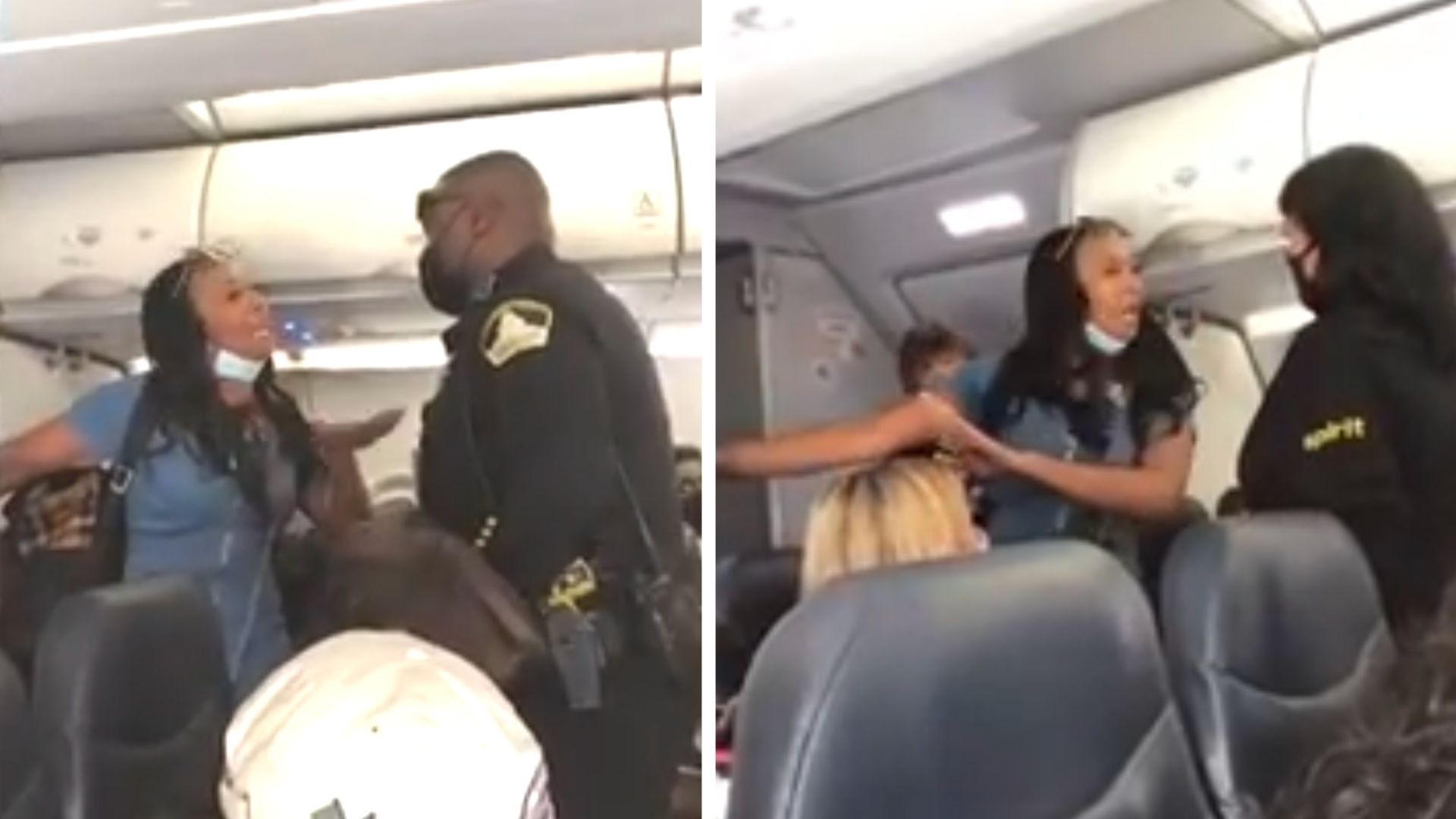 A video of a Black woman directing racist remarks at a flight attendant and other passengers on a plane in Sacramento has gone viral, with the woman, who was escorted off the plane by police, claiming she was the “Queen of California” and that White people would go extinct.

After landing the plane in Sacramento, California, crew members asked passengers to stay seated, but a Black woman stepped into the aisle and refused to move out of the way of a flight attendant. When asked to get back in her seat, the Black woman started shouting racist insults and had to be taken out by a police officer.

The flight attendant asked the Black passenger to sit down because she needed to walk past her to the door. However, the woman refused and told the attendant not to push her. At that point, a blonde female passenger began addressing the Black woman.

“You’re not listening,” she told her.

The Black woman snapped at her and began to speak louder.

“I’m not a child, I’m an adult and I’m trying to go to the bathroom. What do I gotta listen to? Are you my boss? You’re white privilege, you are not my boss,“ said the passenger.

The flight attendant then asked the woman again to clear the aisle, and if she did not, she asked for airport security. But the Black woman became even more aggressive, shouting that she was the “Queen of California” and the “Queen of this mother f**ker”.

She told the passenger in the seat that the Whites were originally Black and would eventually become extinct because they could not reproduce.

“Ya’ll people are going extinct and that’s why you’re mad. You can’t procreate. That’s what eugenics was about. The Darwin theory? Because ya’ll know the truth… You’re mad because only Black people have the genes to procreate,” the woman ranted.

A policeman then arrives on the plane and asked the woman to disembark from the plane with him. Although she eventually complied, she continued to keep shouting curses at the White passenger.

A witness to the incident subsequently stated that the passenger had been arguing with someone all the way. “It was the first time in my life that I was afraid that I was White. There are obviously no rules for that woman,“ he concluded.