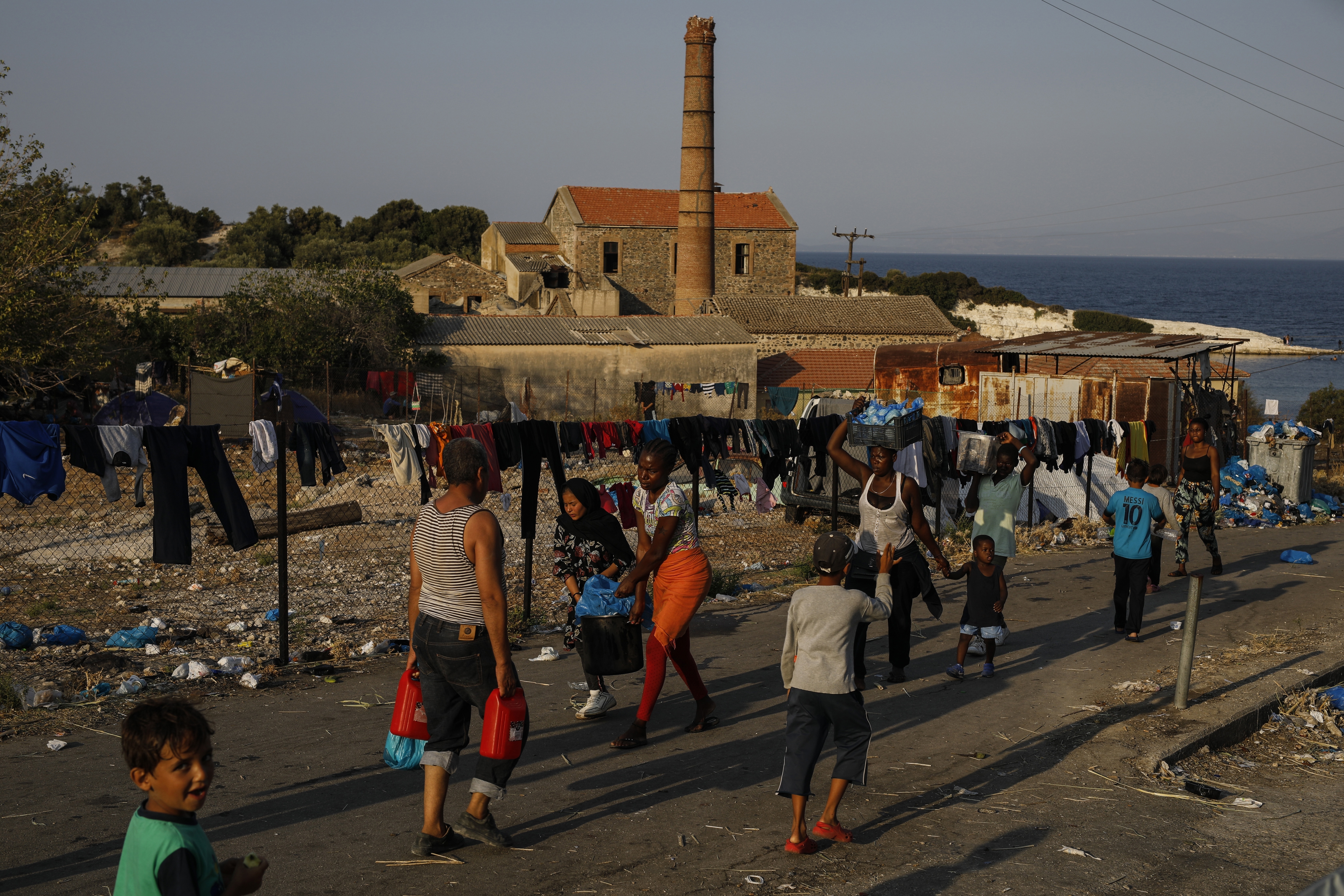 A week after migrants lit a fire that destroyed the Moria migrant camp on the Greek island of Lesbos, another fire has broken out near a migrant camp on Samos island. Now, Greek politicians are warning of a “Moria tactic” forming involving migrants burning down their own camps in order to be rewarded with passage to European countries like Germany.

Video of the fire on Samos was posted to social media.

“There is a fire on the edge of the registration center,” Giorgos Stantzos, mayor of Vathy, told to German press agency on Tuesday evening. “No tents are burning yet, but I’m worried.”

According to international news agencies, local radio stations reported a few hours after the fire broke out that it was under control. The wind drove it up a mountain away from the camp.

A week after the Moria fire on Lesbos, a fire has broken out on the next Greek island near a refugee camp. "There is a fire on the edge of the registration center," said the mayor of Vathy on the island of Samos, Giorgos Stantzos. pic.twitter.com/7lauRDJ9pT

Police arrested several men on suspicion of arson, according to Greeek radio station Thema 104.6. The identities and motivations of the suspects were initially unclear, but Greek police have announced the arrest of five Afghan migrants in connection to last week’s Moria Camp fire on the island of Lesbos. Police say the men sparked the fire after their asylum applications were rejected.

As Remix News previously reported, it was one of only many fires migrants set at the Moria Camp in the past few years, with previous arsons directly linked to attempts by migrants to leave the camp in order to access mainland Europe.

Given the reaction from Europe to the latest disaster on Moria, Greek politicians worry that a strong incentive is forming to keep burning down migrant camps in Greece.

Calling it the “Moria tactic”, politicians say migrants could set fire to reception centers on the islands of Samos, Chios, Leros and Kos in order to get access to the mainland or to Central and Northern Europe.

Greek Prime Minister Kyriakos Mitsotakis made this clear on Monday when he appealed to Western European countries to take in some of the migrants. “There is no doubt that Moria was burned by some hyperactive refugees and migrants who tried to blackmail the government by burning Moria down and demanding their immediate relocation from the island,” Mitsotakis said.

Is Germany rewarding this potential tactic?

Government spokesman Steffen Seibert announced that Germany would take in 408 families who had already been recognized by Greece as beneficiaries, numbering some 1,525 migrants.

“The admission of 243 children in need of treatment and their core families is already being implemented. This will probably affect at least 1,000 people in total, more than 500 of whom are already in Germany. The total number of people that Germany is taking over from the Greek islands is accordingly around 2,750,” Seibert said.

While Germany has repeated its offer to take in a large number of migrants from Lesbos, but Austrian Chancellor Sebastian Kurz has refused to follow the German example.

“We will not follow the German route here,” Kurz told Austrian news agency APA. “I also assume that a great many European countries will not follow this path – taking in large numbers of refugees from Greece.”

He also warned that accepting more migrants on mainland Europe could result in the same mistakes being made in the 2015 migrant crisis.

His country, along with Hungary, Denmark, and Poland, are all refusing to accept more migrants from Moria, warning it could create a pull for more migrants to come to Europe and even commit arson.  According to the Greek authorities, around 4,600 migrants live in the reception center in Vathy on the island of Samos, which is seven times more than what it was designed for. On Tuesday, two people in the camp tested positive for the coronavirus. The events follow the same pattern as on Lesbos. Several migrants at the Moria camp there tested positive for coronavirus, but refused to be placed in isolation and camp residents started fires in several places. The camp burned down almost completely.

Title image: Migrants gather at abandoned buildings as thousands remained camped out along a road leading from Moria to the capital of Mytilene, on the northeastern island of Lesbos, Greece, Tuesday, Sept. 15, 2020. Just over 6% of the 12,500 people left homeless last week by the fire that destroyed Greece’s biggest camp for refugees and migrants have been rehoused in a new temporary facility under construction on the island of Lesbos, authorities said Monday. (AP Photo/Petros Giannakouris)