‘If a miracle does not happen, we will have to tighten the restrictions,’ says Czech PM Babiš

The current coronavirus restrictions are not working 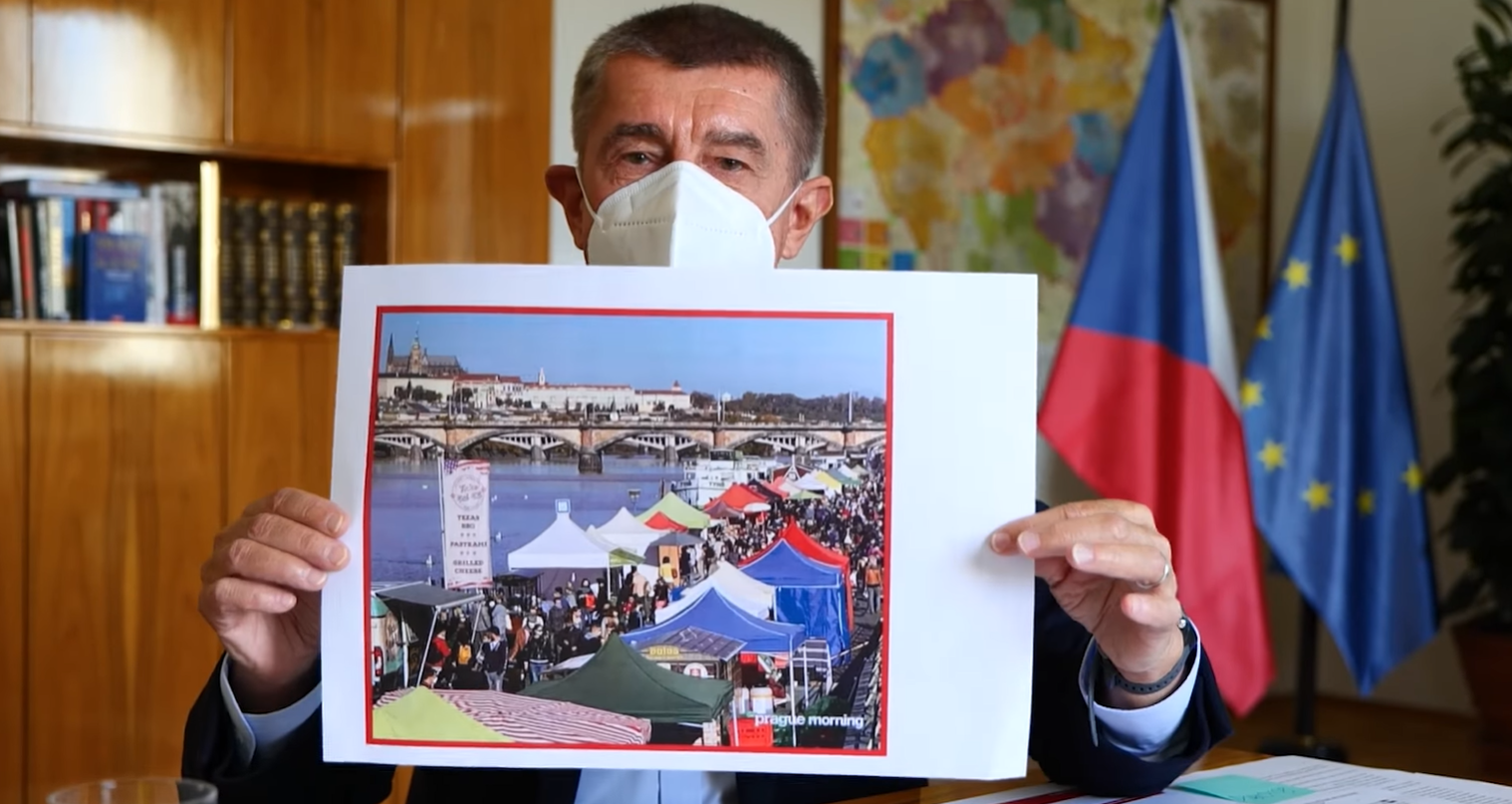 In a video published on Sunday, Czech Prime Minister Andrej Babiš said that if a miracle does not happen, the government will have to tighten coronavirus measures. He again called on people to abide by the rules. According to the prime minister, the current restrictions, which have only been in force since Thursday, have “an awful lot” of exceptions.

He also stated that the Ministry of Health must submit a project to speed up tracing and testing. The state does not manage to look for contacts of those infected with coronavirus, he admitted.

According to Babiš, due to the growing number of infected people, especially among the elderly over the age of 65, the government will need to reconsider the measures against coronavirus. The current ones do not work as some people do not follow them. To demonstrate that, Babiš showed pictures from Saturday’s farmers market by the Vltava River where a considerable number of people gathered, although they moved in pairs.

“Next week will be crucial. And if a miracle does not happen, we will have no choice but to tighten the measures again, unfortunately,” the prime minister said in the video. He called for responsibility and solidarity with senior citizens.

“I will not promise anything here because I do not know what will happen with the virus, I do not know,” said the prime minister. He also reminded there is no cure for coronavirus and the number of infected people is growing across Europe.

According to Babiš, the light at the end of the tunnel is a vaccine. Preliminary reports say that it could be available from December, he claimed. Czechia should then receive half a million vaccines. Priority should be given to people over the age of 65, patients with chronic diseases, health care workers, and employees in social services. He recalled that the government had ordered 3.5 million doses in the European Union, which is enough for 1.75 million people.

Tuesday’s numbers will be decisive

The tightening of measures against coronavirus was also announced on Sunday by the Minister of Health Roman Prymula. He assumes that it will be necessary if the daily increase in infections does not fall on Tuesday. On Friday, the number of newly detected cases reached over 15,000 on Friday. Neither the health minister nor Babiš specified what a further tightening of restrictions might look like.

“Next week will be crucial, the numbers will be crucial. However, unfortunately, it is not going in the right direction. The measures we have taken are not working. Not everyone takes the crisis seriously, not everyone realizes what it would mean for our society if we fail. We have to handle it. So, please, I have repeatedly asked and appealed to you, now for God’s sake, take me seriously, thank you,“ the prime minister concluded his Sunday speech.

Existing measures to prevent the spread of the disease and the congestion of the health care system with COVID-19 patients have been gradually implemented by the state since September.

Currently, Czechs may leave their homes only for necessary trips to work, shopping, trips to the doctor, or outings with family. People may meet in groups of a maximum of two unless they are members of one household. Thursday’s tightening came into force only a day after the government ordered from Wednesday to wear face masks outside in the municipalities if people are less than two meters away from one another.

Babiš also said on Sunday that the state does not manage to look for coronavirus-infected contacts who could also be infected and spread the disease. The number of daily calls to those infected has doubled to over 10,000 in two weeks.

More than 4,000 people a day fill out a form about their contacts on the Internet in so-called self-tracking, and the laboratories can now analyze 47,000 samples taken per day, the prime minister said. But that’s still not enough, he added.

According to him, testing and tracing need to be accelerated and made more efficient.

“The Ministry of Health must submit a project for this urgently,” he added.