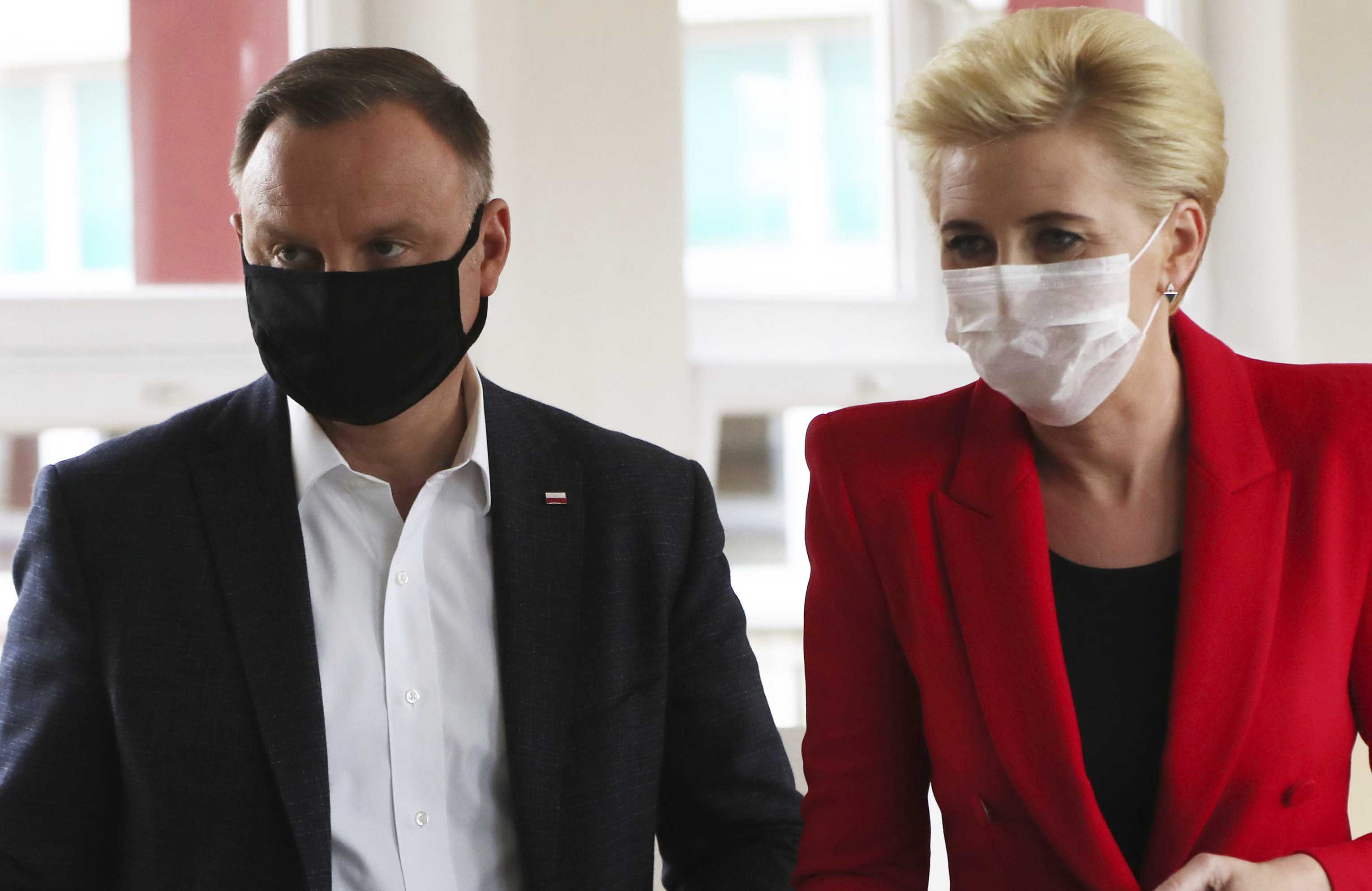 Polish President Andrzej Duda announced on a video posted to social media on Saturday that he had caught the coronavirus but says that he is not currently experiencing any symptoms.

“The test result shows that I have been infected by the coronavirus. I did not experience any of the symptoms, including the most common one such as loss of taste or smell. I had none of those but the test’s result is clear,” Duda said in the video posted on Twitter.

Duda said that he is spending the next several days in self-isolation with the first lady and will continue to carry out his duties from home.

“There’s no issue with remote working. I am at my full strength and I hope it remains so,” he added.

The president apologized to everyone who had to be quarantined due to meeting with him in the last few days. One of the people who were affected by the president’s infection was the French Open tennis player champion Iga Świątek who was awarded a high state distinction by Duda on Friday. Świątek had to enter a quarantine due to having met with the president.

Duda explained that if he had experienced any coronavirus symptoms, he would have canceled all of his meetings and events. The president underlined that he, along with his staff, had tried to adhere to all safety measures, including social distancing, masks and gloves.

Among other notable people to have been infected with the virus recently are Defense Minister Mariusz Błaszczak and legendary Polish national team and Juventus footballer from the 1980s Zbigniew Boniek. He is also the current head of the Polish Football Association (PZPN).

“Unfortunately, the virus got me as well. I feel good and I hope we’ll see each other at the stadiums soon enough. Take care of yourselves, we only have one life,” Boniek stated through social media.