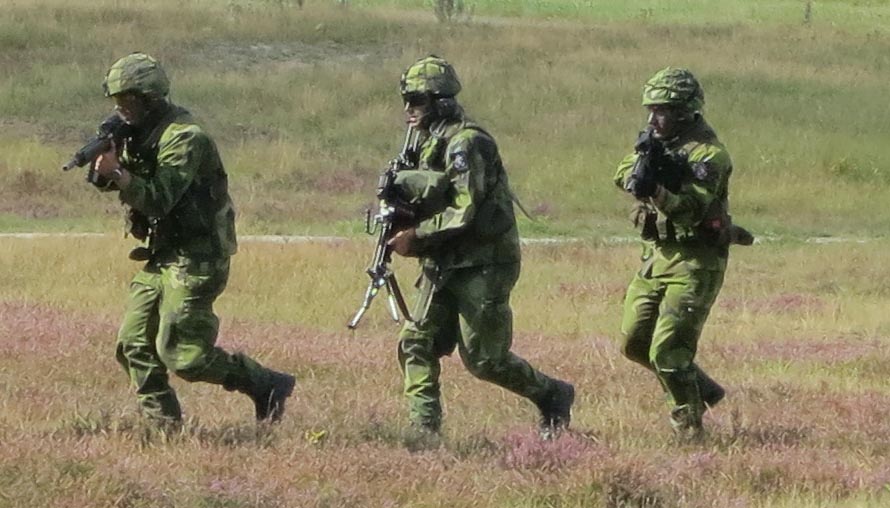 The Swedish cabinet, which is dominated by Swedne’s Social Democrats, presented a truly ambitious — some even claim revolutionary — project for increasing military spending. In the next four years, the Swedish armed forces budget is to increase by 40 percent, or €2.64 billion. If we take into account the entire budget growth for this sector, it will amount to €7.6 billion.

If we compare this to Sweden’s spending in 2014, then it would be an increase of 85 percent. We can say that this jump is possible due to the lowering of the Swedish military budget prior to 2014  when Stockholm spent only 1.1 percent of GDP on security.

Swedish Minister of Defense Peter Hultqvist claimed that the military budget 2021-25 is proof of the “greatest growth of ambition in terms of our defense capability in 70 years. This is a signal for Swedes and our neighbors that we treat the issue of security very seriously.”

In addition to promises of increasing funds for cybersecurity and counterintelligence, Hultqvist announced that some ground force units disassembled in the past will be reconstructed.

An additional squadron of the Swedish air force will also be created. The organization of armed forces in the case of a war will change, and the number of people undergoing military training will increase so that by 2024, mobilization capabilities will permit a 90,000 person army to form.

At the same time, funding for civil defense will rise.

This is called “deep defense” by Sweden in strategic documents and is of high importance to the country.

In announcing Sweden’s increase in defense, Hultqvist told journalists that “we are dealing with a situation in which Russians are showing eagerness to use military pressure to reach its political goals. This means we have a new geopolitical situation with which we must deal with.”

Sergey Andreyev, expert of the Russian Council for Foreign Affairs and Russian ambassador to Poland, wrote that under the rule of the social democratic coalition for 6 years, Sweden has returned to its security policy from the Cold War by carrying out the “Hultqvist doctrine”.

What is more, we must also consider the direction taken by Stockholm in terms of security. In addition to their own efforts, Sweden is deepening its military cooperation with countries in the region which similarly evaluate external threats. We can even put forward a working thesis that because Sweden is not a part of NATO, it believes that it must take care of itself foremost and only then count on allies.

Swedes have no doubts that Russia’s aggressive policy is their biggest issue. It would seem that they do not have a different evaluation of the situation than Warsaw.

It makes one wonder why Poland has not had any successes in attempts to deepen military cooperation with Sweden and other Scandinavian nations to bring cooperation to the next level — not as part of NATO, but based on regional or bilateral cooperation.