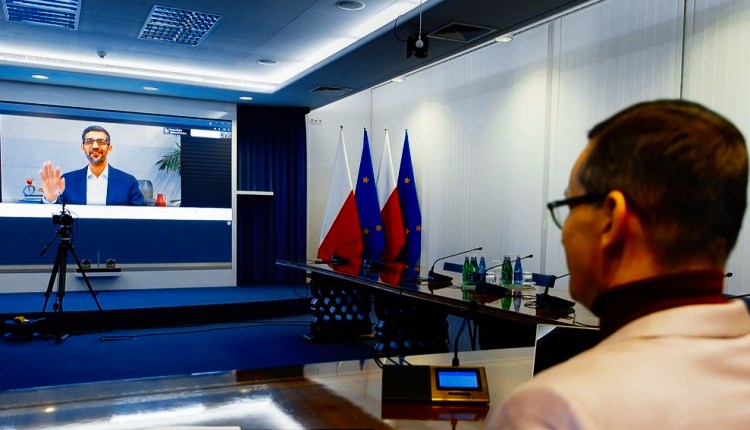 Google’s regional cloud hub in Poland was inaugurated in Warsaw on Wednesday, and during the occasion, Polish Prime Minister Mateusz Morawiecki held a video call with Google’s CEO, Sundar Pichai.

Pichai himself later linked a recording of their conversation via Twitter.

Excited that we're launching a new @GoogleCloud region in Poland. Thank you PM @MorawieckiM for your partnership – look forward to helping unleash new opportunities for people in Poland and around the world. https://t.co/veWhYwWoj4

“Our main European technology center for cloud services has reached Poland. We are also developing our research-development facility, and we can see how digital tools are helping in fighting the pandemic, helping with remote work and with gathering information. I am happy that we have established a partnership,” Pichai said.

He also praised Polish engineers and their qualifications.

Morawiecki emphasized that “increasingly more entrepreneurs in Poland are becoming interested in digitalization. It is worth to undertake investments such as this one, because it is the future of the economy”.

The regional Google Cloud Hub in Warsaw is not just a center for processing data, but also a regional hub for operating key Google Cloud Platform services.

Google states that owing to the new hub, there will be fewer delays in data transfers in the region, and the efficiency and speed of applications using Google Cloud services will increase. The accessibility and stability of Google’s cloud is also set to improve.

Google Cloud Poland is the 25th such center in the world and the first one in Central-Eastern Europe.