Italy: Matteo Salvini’s League posts some gains in regional elections, but not the ‘clean sweep’ the right was hoping for 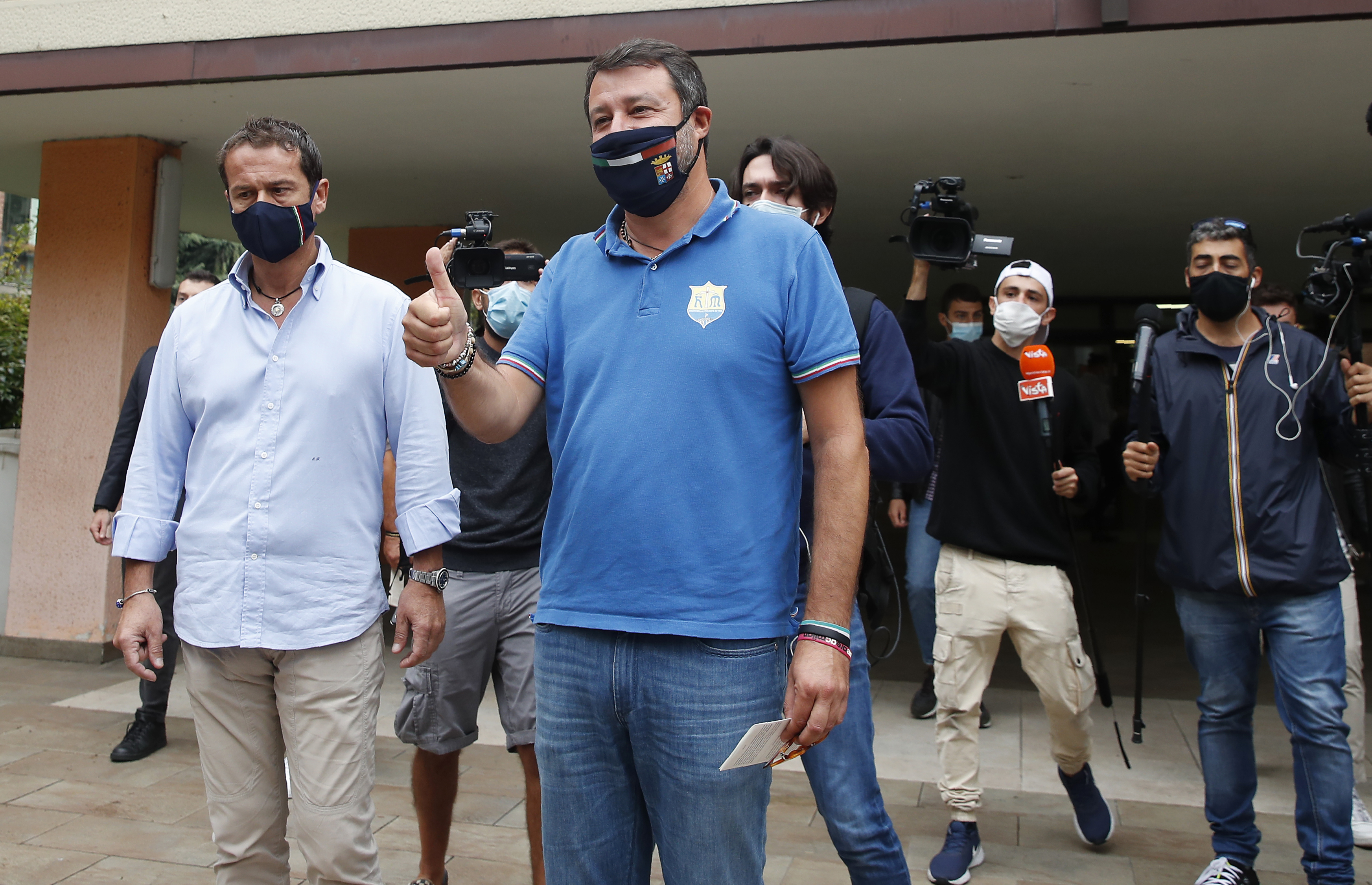 The result of two elections held Sunday and Monday saw right-wing leader Matteo Salvini’s League party gain control of the eastern Marche region and holding on to the two regions it already controls, but his party fell short of the “clean sweep” he aimed for

At the same time, the overwhelming majority of Italians also voted to reduce the number of MPs in the bicameral parliament by more than one-third.

In the regional elections, the League managed to hold on to its two key regions. In the Veneto region, Luca Zaia posted his third consecutive win with a huge margin, in Liguria center-right candidate Giovanni Toti also kept control of the region, while in Marche, Salvini’s allies, the Brothers of Italy led by Giorgia Meloni, secured victory for their candidate despite the fact that it was the only region where the left managed to put forward a joint candidate.

While the right-wing parties did post some gains, these were far from the “clean sweep” Salvini promised during the campaign. Luca Zaia’s 75 percent win in Veneto is also a mixed bag for Salvini, since Zaia is also his challenger for the leadership of the party and the election result will certainly give him an additional boost. The League also held on to the small Aosta Valley region.

But in a longer-term view the advance of the right is much more significant. In the municipal elections of the past few years, their parties have made significant progress, having had won nine regions from the left and now controlling more than half of Italy’s 20 regions.

Salvini’s party, however, failed to gain control of Tuscany, the region on which most of the campaign was focused. Tuscany has been a stronghold of the left since the first regional council elections in Italy in 1970.

The outcome of the referendum on the size of Parliament — 69 percent voted for the proposed reduction — was both expected and a small boost for the governing Democratic Party (PD)-Five-Star Movement coalition, since the reduction was spearheaded by the movement’s leader and Foreign Minister Luigi di Maio.

Given how many Italians were disillusioned with the European Union’s early handling of the coronavirus pandemic, this referendum victory will keep the coalition in place at least in the short term. Italy is slated to receive €209 billion of the EU’s coronavirus recovery package, but many Italians remain apprehensive that the usage of the funds will be controlled by Brussels bureaucrats.

Title image: Right-wing opposition leader Matteo Salvini leaves a polling station, in Milan, Italy, Monday, Sept. 21, 2020. On Sunday and Monday Italians are called to vote nationwide in a referendum to confirm a historical change to the country’s constitution to drastically reduce the number of Members of Parliament from 945 to 600. (AP Photo/Antonio Calanni)