Migrants will be quarantined on three ships for two weeks 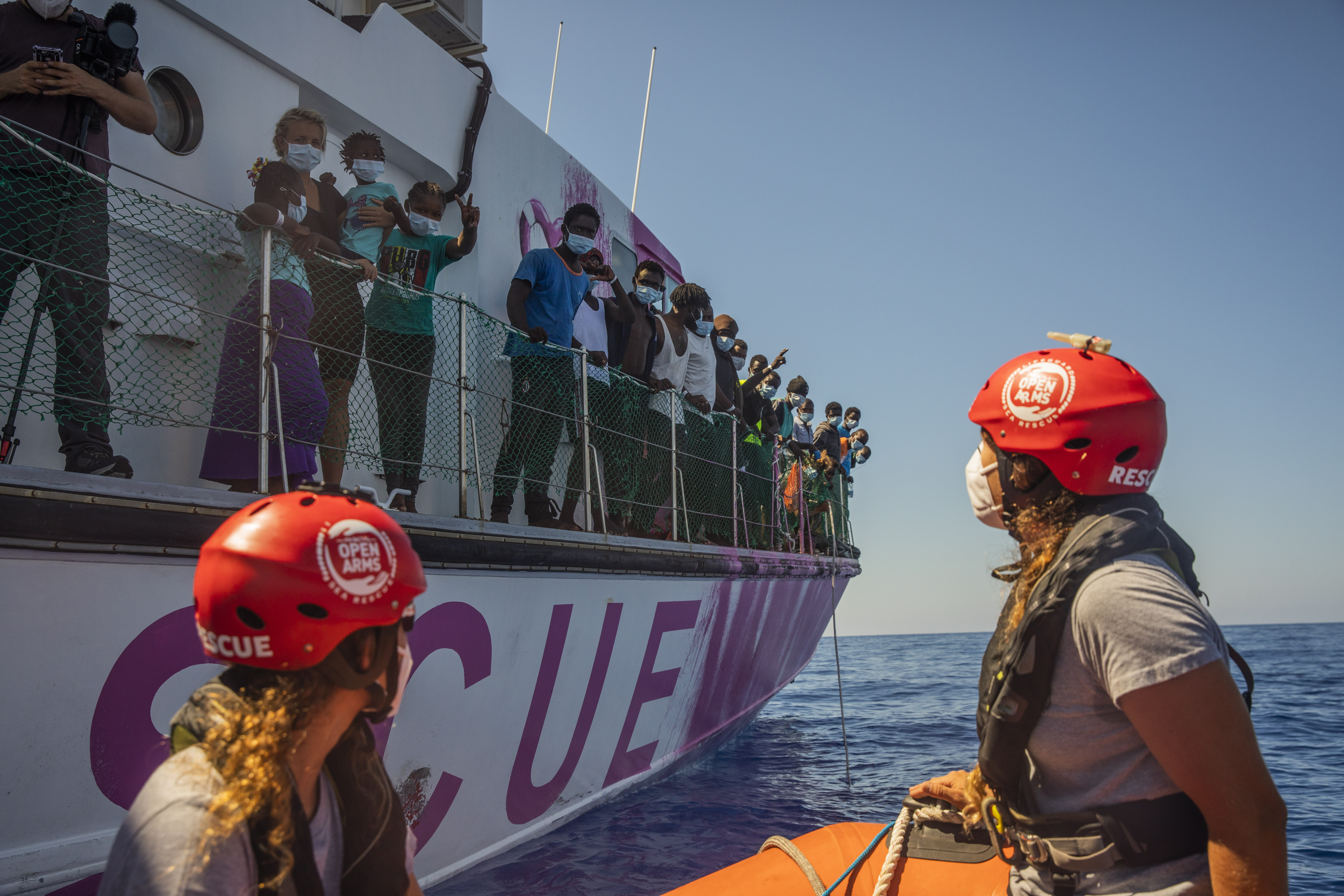 The overcrowded migrant center on the Italian island of Lampedusa will be closed today, and about 1,200 refugees will move to three ships, where they will be quarantined for two weeks.

The Lampedusa refugee center, located about 100 kilometers off the Tunisian coast, has a capacity for only 100 people. But in recent weeks, several hundred migrants have arrived on the island every week.

The local authorities used to move them to Sicily, to which the island belongs and which also receives refugees from humanitarian ships. On Wednesday, 350 migrants, who boarded the humanitarian vessel Sea-Watch 4 after being saved from boats in the Mediterranean, arrived in Palermo.

The head of the Sicilian regional government, Sebastiano Musumeci, has repeatedly asked the government in Rome to help with the influx of refugees. Two weeks ago, he threatened to close migration centers in the region and issued a decree banning migrants from entering Sicily.

He justified the decree by saying that he could no longer ensure compliance with anti-coronavirus measures. Migration centers in Sicily are overcrowded, and dozens of refugees have fled from them this summer. However, Musumeci’s decree was suspended by a Palermo court following a complaint from the Italian government.

On Wednesday, Musumeci and Lampedusa Mayor Salvatore Martello met with Prime Minister Giuseppe Conte, who promised government vessels to accommodate the migrants on Lampedusa as well as financial assistance.

The center in Lampedusa will be temporarily closed and renovated, bringing its capacity to 190 people, Martello said on Thursday. Before his talks with Conte, members of the Liga party, whose boss Matteo Salvini enforced a strict anti-immigration policy as interior minister last year, demonstrated in front of the parliament in Rome.

Salvini closed ports to NGO ships until other EU countries promised to take over the arriving migrants. That is why last year only 11,471 refugees arrived in Italy via the Mediterranean and 23,370 a year earlier, while in 2017, 119,369 migrants arrived.

According to the Office of the High Commissioner for Refugees, 19,340 migrants have arrived in Italy since January this year, of which 16,150 were in Sicily.

The Canary Islands have experienced a fivefold onslaught of migrants

The Canary Islands have seen a fivefold influx of refugees this year, with more than 4,000 migrants coming ashore, according to UNHCR. On Wednesday, the local coast guard rescued 67 adult Africans from four boats, and on Tuesday, they rescued 39 refugees from two boats.

The leaders of the Canary Islands, who also urgently asked for help from the central Spanish government in August, are being criticized by humanitarian organizations for letting the migrants be quarantined on a cargo ship in unfavorable conditions.

Illegal migration to the UK on the rise

At least 409 migrants arrived in Britain via the English Channel on Wednesday, the DPA news agency reported on Thursday. According to the agency, it is a record number for one day, with the previous record being 235.

Warmer weather is now contributing to the larger wave of migration to Britain. This year, according to the DPA, more than 5,500 refugees arrived in Britain illegally from France, while 1,800 arrived in 2019 and only 300 a year earlier.

Title image: Members of the Astral crew, a rescue ship from the Spanish NGO Open Arms, approach the MV Louise Michel rescue vessel, a French patrol boat currently manned by activists and funded by the renowned artist Banksy in the Central Mediterranean sea, 50 miles south of Lampedusa, Friday, Aug. 28, 2020. A Berlin-based group says it has begun migrant rescue operations in the Mediterranean Sea with the bright pink ship, a sleek 30-meter (98-foot) former navy vessel named after a 19th-century French feminist and anarchist. The group said late Thursday that it had rescued 89 migrants from an inflatable boat in distress. (AP Photo/Santi Palacios)