A wave of anti-Catholic attacks is spreading across Canada, four churches have been burned down 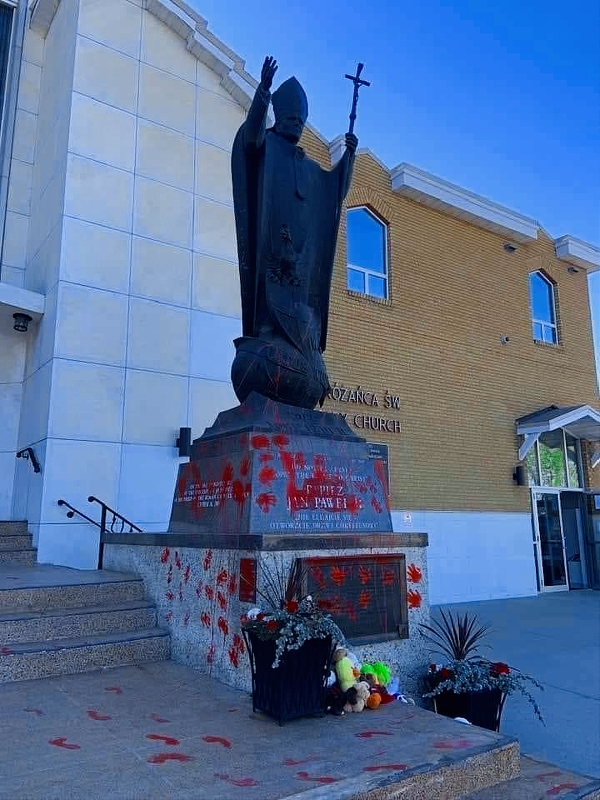 Canadian police are still conducting an investigation into the Saturday devastation of the statue of Pope John Paul II in Edmonton. The statue was covered with red paint, and the Pope’s name was painted over.

Some members of our Polish community are hurt & angered by the defacing of John Paul II monument. To some Poles, he’s more than a Saint & Pope. Some consider him a national hero. I’m convinced that he’s been targeted as a symbol of the Roman Catholic Church, not as a Pole #yeg https://t.co/L0P6H9H1by

This is not the only recent act of anti-Catholic vandalism in Canada. Four churches were previously burned down.

Following information about the discovery of unmarked graves on the grounds of former boarding schools for Native American children, the Catholic Church in Canada has been facing a wave of hatred. The schools, which operated from the 19th century all the way to the 1990s, were run by Catholic and Protestant churches at the behest of the Canadian government.

The cathedral in Saskatoon was also defaced. Using red paint, vandals wrote, “We were children.” Another church in Mississauga was also vandalized with graffiti.

Firemen were called to a consuming Catholic church north of Edmonton around 3 a.m. on Wednesday. Starting at 6 a.m., teams were as yet on scene quenching problem areas at St. Jean Baptiste Parish, yet the Roman Catholic church on Morinville's #njdigital #Firefighters pic.twitter.com/Wfba5nllsf

The debate over Canada’s past has returned to the country. In 2015, the Truth Commission finished its work on the 139 boarding schools for Native Americans, Inuit and Mestizo children, which operated for 150 years in Canada. The commission called the schools’ activity “cultural genocide” and described the eradication of language and culture, as well as persecution and violence.

Canada’s first prime minister, Sir John A. Macdonald, had said in parliament in 1883 that Native Americans were “savages” and the schools were needed for “Native American children […] to learn the customs and way of thought of the White Man.” 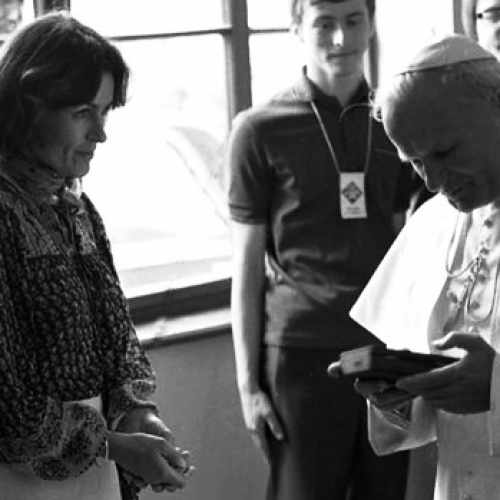