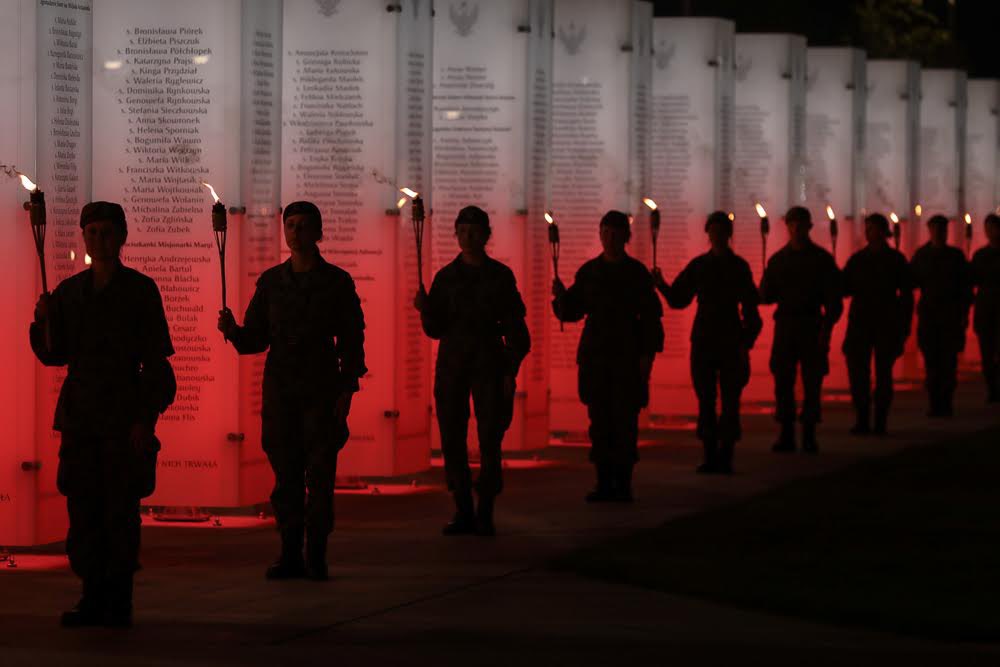 Poland’s new National Memorial Park commemorating Poles who helped save Jews during the Second World War will help the country combat disinformation and attacks on its dignity, said Jarosław Kaczyński, leader of Poland’s ruling Law and Justice (PiS), at the opening of the National Memorial Park in Toruń on Saturday.

Kaczyński said he expected that the park “will serve us well in combating attacks on our dignity and interests.”

The event to celebrate the opening of the park followed a mass procession that took place after dusk.

The light from the torches held by soldiers blended with red and white lighting on the plaques commemorating the individual Poles who had helped save Jews during World War II.

Kaczyński reminded those gathered about the former Pope Saint John Paul II’s visit in 1991 and his sermons which pointed towards the need to rebuild a sense of community around fundamental values such as faith, culture and Polish identity. This viewpoint was rejected by most of the governing elites at the time.

One of the pope’s messages was the call for Polish dignity, with the pope saying it is a “dignity which must be defended against those who would defame our nation”.

The Polish government has taken the pope’s words on the topic to heart, leading the country to work towards building a monument that helps set the historical record straight.

“The central piece in such actions is the charge against us that our nation took part in the Holocaust and murdered fellow citizens of Jewish origin,” said Kaczyński.

“We needed to say no to this claim — a ‘no’ based on arguments and knowledge about specific people who had helped Jews,” he stressed.

The park includes plaques with the names of nearly 18,500 Poles who gave their lives helping Jews. In the future, the number of commemorative plaques with names will number 40,000.

Title image: The light from the torches held by soldiers blended with red and white lighting on the plaques commemorating the individual Poles who had helped save Jews during WWII.