The President of Lithuania Gitanas Nauseda, in the letter to President of Poland Andrzej Duda, declared that Lithuania was proud of enacting the Constitution together with Poland 231 years ago 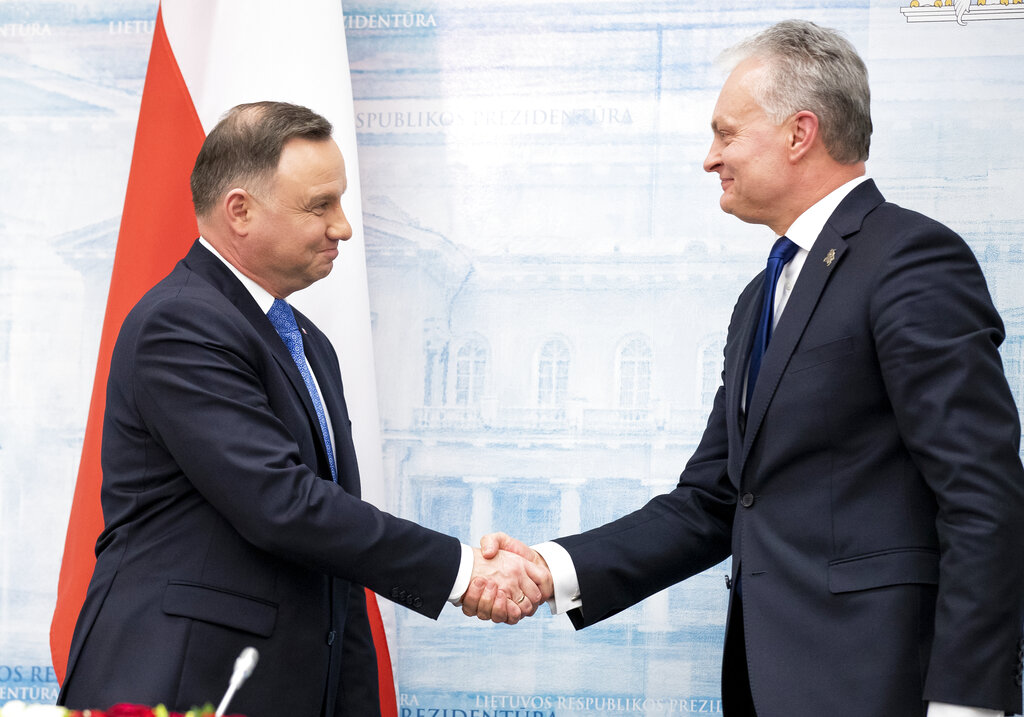 During the celebrations of the Constitution of May 3, Lithuanian President Gitanas Nauseda congratulated Poland and recalled both countries’ common history.

Nauseda pointed out that the Fundamental Law enacted on May 3, 1791, by the Great Sejm, the parliament of the Polish-Lithuanian Commonwealth, is considered to be the first constitution in Europe and the second in the world after the United States.

“It may have been ahead of the processes emerging in Europe,” said Nauseda. “We have many reasons to be proud, we are celebrating this day along with the Republic of Poland,” he pointed out.

In a letter to Polish President Andrzej Duda, Nauseda stressed the need to further help Ukraine, writing that the country is currently suffering from Russian military aggression and is fighting not only for the safety of its nation but also for the security “of us all, the Europeans.”

“We need to continue firmly supporting our Ukrainian brothers and sisters and support them in the European integration, giving hope for life in the European Union,” stressed the Lithuanian president. He also declared that Lithuania “highly values its friendship with Poland, who is our strong partner in EU and in NATO.”

Lithuanian Prime Minister Ingrida Šimonytė said that the document enacted on May 3, 1791, “was created in the time of extraordinary challenges for the commonwealth” and that it emphasized the responsibility of its citizens for their country, the desire for reform and “preference for the culture of consensus and compromise, instead of the culture of power.

“Thanks to it, the Constitution of May 3 is not only an important historical event — the first constitution written down in Europe and second in the world — but also an inspiring example for our present,” stated the head of the Lithuanian government, and she stressed that “this date is another opportunity to celebrate the common achievements with Poland and for further strengthening of our friendship and strategic partnership.”

The importance of the Polish-Lithuanian community was also stressed by Viktorija Čmilytė-Nielsen, the speaker of the Lithuanian Seimas.

“I wish that the ideals of the Constitution of May 3 will continue to help our countries in close cooperation, in similar assessments of the environment and the challenges in agreeing on strategic goals and their realization,” read the congratulatory dispatch of the head of the Lithuanian parliament.

In Poland, May 3 is a national holiday. In Lithuania, it is not a public holiday, but is considered one of the “commemorated days.” For many years in Lithuania, it was believed that the constitution limited the independence of the Grand Duchy of Lithuania in the shared country with Poland. In recent years, that narrative is changing.

Poland and Lithuania were united as one state for 400 years from the end of the 14th century to the end of the 18th — first through a personal union under the king, and then as a full political union.