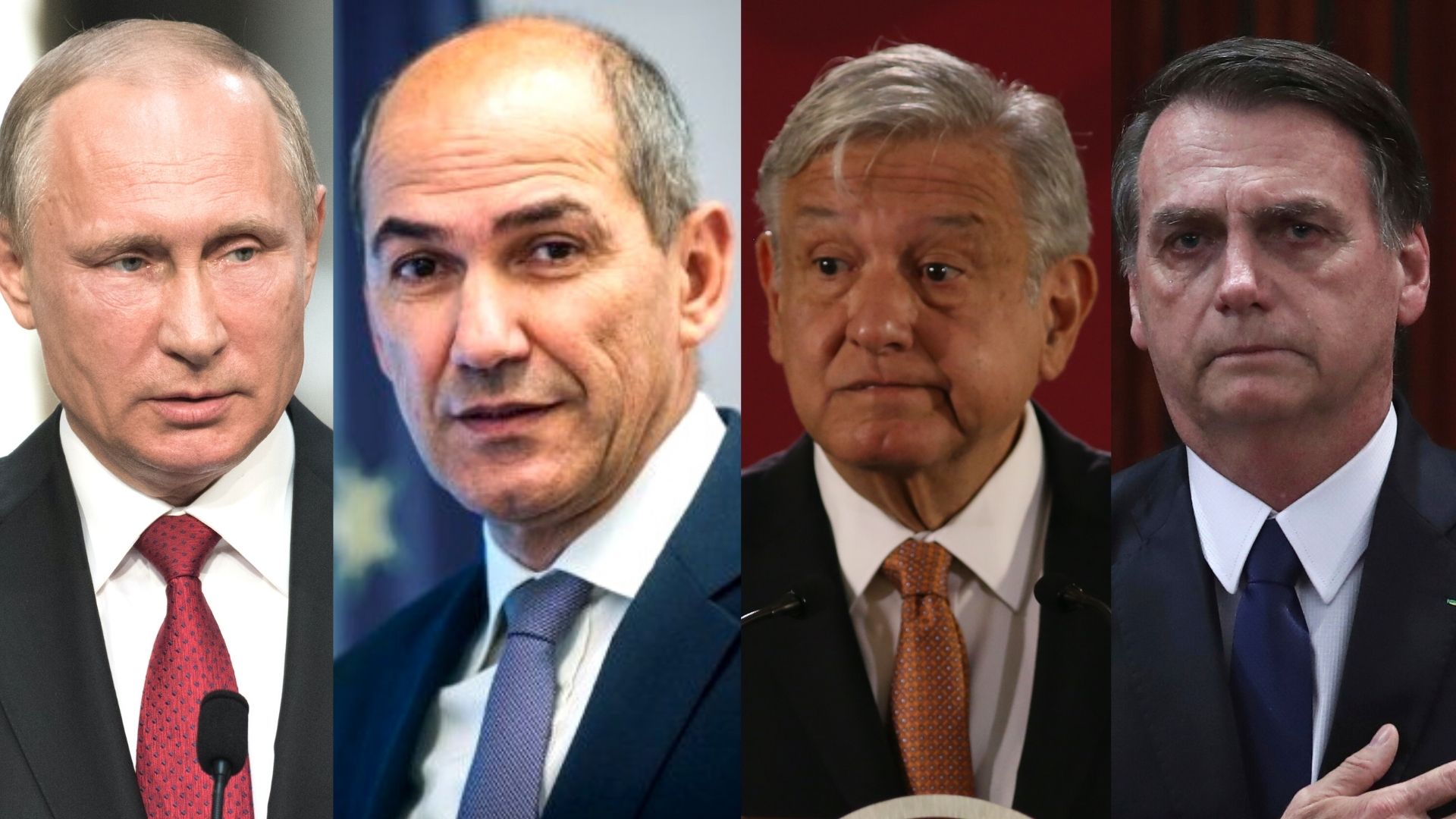 While left-wing globalist heads of state have rushed prematurely to congratulate Joe Biden on his a purported 2020 presidential election victory, many leaders around the world — from Asia to Latin America to Europe — have refused to acknowledge him as the president-elect of the United States.

Despite ample evidence of widespread election fraud, several lawsuits having been filed contesting the ballot count in key swing states, and with the result in several states still hanging in the balance, some world leaders have nevertheless — and perhaps prematurely — congratulated Biden, referring to him as US president-elect.

Other leaders, however, despite attempts by the global liberal press to portray Joe Biden as the undisputed winner of the election, have either refused to congratulate him on his alleged victory; refused to refer to him as the US president-elect; or have called the election fraudulent, declaring Donald Trump as the true victor.

The Mexican president, during a news conference on Saturday night, mentioned that it would be far too early to congratulate either one of the US presidential candidates since the elections have a number of pending legal issues, noting that Mexico’s establishment rushed to steal the presidential election from him in 2006. Lopez Obrador then said that he would refrain from congratulating anyone until the legal matters have been resolved.

“President Trump has been very respectful with us and we have achieved very good accords,” he added. “We thank him for not having been a meddler and he has respected us… we have no quarrels with any of them.”

Dmitry Peskov, a spokesperson for the Kremlin, said on Monday during a press conference that President Vladimir Putin is waiting for the official results of the US presidential election to be announced before congratulating anyone, citing legal issues launched by incumbent President Donald Trump, the Associated Press reported.

“We think it appropriate to wait for the official vote count,” Peskov said.

Brazilian President Jair Bolsonaro, who previously expressed hope that President Trump would be reelected, has yet to acknowledge Biden’s purported presidential victory. Bolsonaro’s son, Congressman Eduardo Bolsonaro, on the other hand, has continued to be an outspoken supporter of US President Donald Trump.

After referring to the US election results as “falsified” and referring to Joe and Hunter Biden as “corrupt characters”, Mart Helme, Estonia’s Minster of the Interior and the co-founder of the Estonian Conservative People’s Party (EKRE), resigned from his position on Monday, Euronews reported.

Helme suggested that Biden was the candidate of the US “deep state” which modus operandi is to “smuggle in scumbags — corrupt scumbags who can be blackmailed. Joe Biden and Hunter Biden are corrupt characters.”

The interior minister also said that he believed that President Trump would eventually emerge as the victor, despite the results purported by the global left-wing press, and not without the very real chance of civil conflict.

“It will happen as a result of an immense struggle, maybe even bloodshed, but justice will win in the end,” Helme predicted.

Slovenian prime minister Janez Janša, who previously endorsed Donald Trump’s presidential reelection bid, is another notable European head of state who has refrained from acknowledging Joe Biden as US president-elect.

Last month, following the final US presidential debate, Janša — the leader of the national conservative Slovenian Democratic Party — said that Joe Biden, if elected, would be “one of the weakest presidents in history”, Remix News reported.

On Wednesday, Nov. 4, Janša even congratulated President Trump on his electoral victory in a post to social media, saying: “It’s pretty clear that the American people have elected Donald Trump and Mike pence for 4 more years. More delays and facts denying from the mainstream media… Congratulations GOP for strong results across the US.”

It’s pretty clear that American people have elected ⁦@realDonaldTrump⁩ ⁦@Mike_Pence⁩ for #4moreyears. More delays and facts denying from #MSM, bigger the final triumph for #POTUS. Congratulations ⁦@GOP⁩ for strong results across the #US ⁦@idualliance⁩ ⁦ pic.twitter.com/vzSwt9TBeF

On Saturday, Janša slammed the global left-wing press for prematurely claiming that Biden had, in fact, won the election. In a social media post, Janša wrote: “Interesting. Complaints have been filed in all US states with close outcomes. The courts have not even begun to decide. Nevertheless, the mainstream media (and not some official body) have announced the winner… The legal system does that.”