Influx of illegal migrants from Belarus is alarming 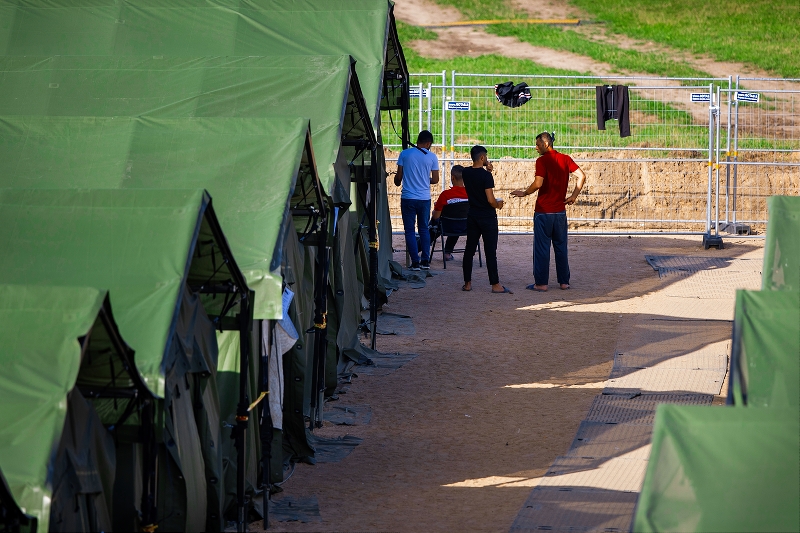 “We shouldn’t be dramatic. This is a situation in which we need the support of local government authorities when it comes to deciding on certain logistical issues,” she said, adding that the situation mainly concerned accommodating migrants who illegally crossed the border.

Just within the past 24 hours (Friday-Saturday), Lithuanian border guard officers detained 116 migrants. Between Thursday and Friday, they detained 150.

In 2021, a total of 938 illegal migrants tried to enter Lithuania through Belarus. This number is 12 times higher than in all of 2020. More than half of these migrants come from Iraq, but they also come from countries such as Iran, Syria, Guinea, Turkey, and Sri Lanka.

According to the Lithuanian foreign ministry, the country’s current infrastructure in migration centers allows for the accommodation of 835 people. So far over 500 places have been taken.

The migration problem has intensified in the recent months. Lithuanian authorities have pointed out many times that this is an organized business in which Belarussian authorities are involved. Vilnius believes that the migration to be a form of hybrid warfare.

Belarusian leader Alexander Lukashenko declared on Friday that, due to the threat of Western sanctions, his country does not have funds to stop illegal migrants.

“To be honest, we will no longer contain those who you are smothering in Afghanistan, Iran, and Iraq. Due to your sanctions, we no longer have the money or the strength to do so,” Lukashenko said during Belarus’s celebrations of its Independence Day.

“Your worries and your problems here in Lithuania are European worries and problems. I wanted to strongly express this: we really stand by your side in this difficult time,” she said.

Von der Leyen made assurances that the European Commission could give Lithuania access to crisis funds meant to help control the situation, as well as send officers from the EU’s border and coast guard agency Frontex to support patrols.

The Lithuanian-Belarusian border is already being patrolled by 6 Frontex officers from France, Hungary, and Germany. In July, there are to be as many as 30 such officers.

Lithuania itself has strengthened its border protection. Border guard officers from other units and additional technical resources have already been directed to the border with Belarus.