Europe is taking radical steps to contain and quarantine migrants, and countries like Belgium are even halting all asylum center activities 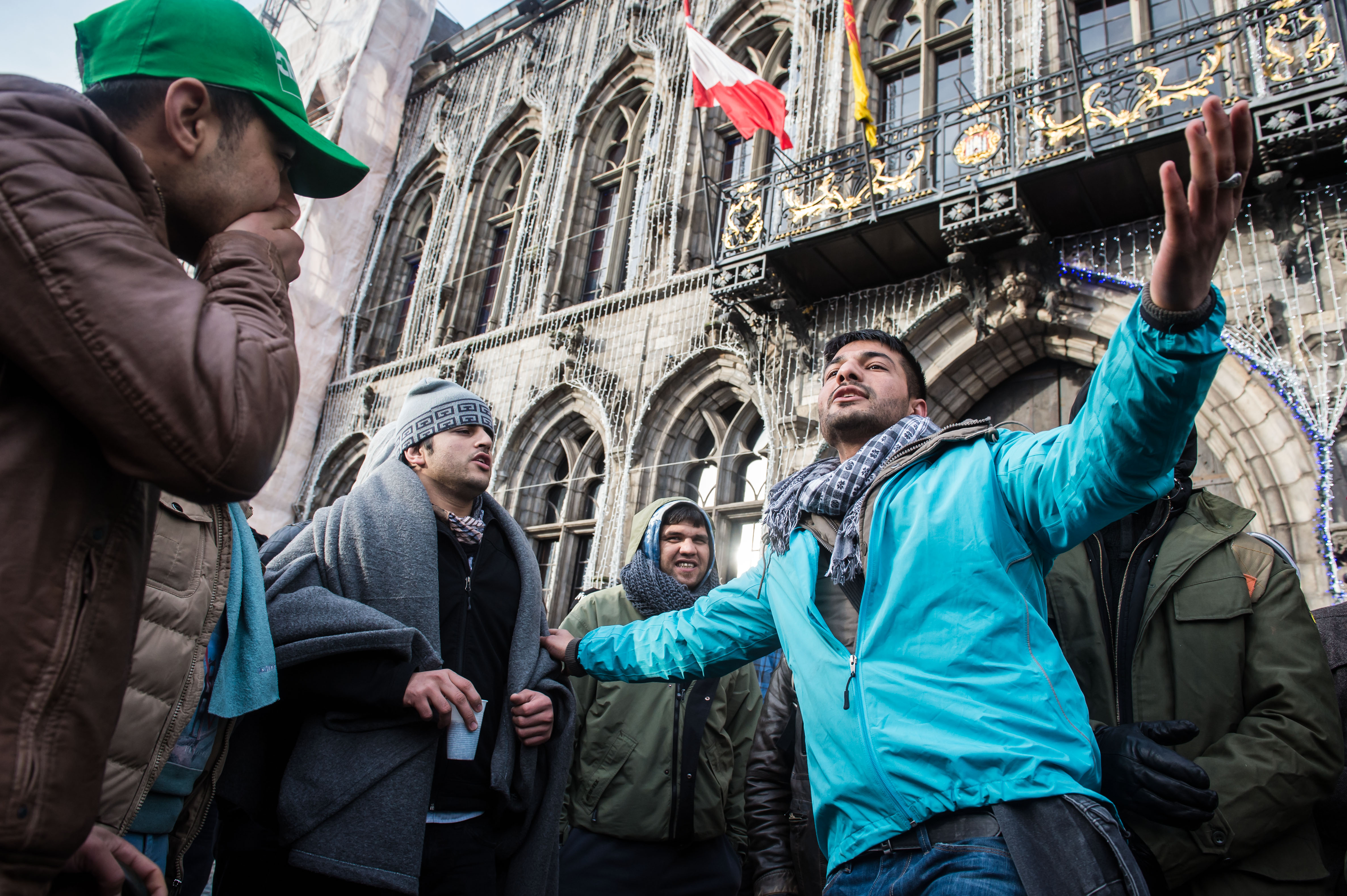 As Europe’s resources are stretched in the massive fight against coronavirus, leaders on the continent are beginning to realize that migrants do not come first in their economic and public health decisions. Now, countries like Greece and Belgium are cutting services for migrants and implementing lockdowns on migrant camps, with more countries likely to follow.

For the next two weeks, migrant reception and processing centers on the Greek islands will forbid all visitors, including members of humanitarian organizations and agencies, as the authorities seek ways to halt a coronavirus outbreak in the facilities.

While newcomers will be checked for the coronavirus symptoms and put into quarantine, all special programs in the Greek facilities, such as schools, will be suspended.

Migrants placed in the facility will further not be allowed to walk outside or visit other residents for no reason.

Medecins Sans Frontieres (MSF) has expressed its concern over the coronavirus outbreak in migrant camps as there are often insufficient sanitary conditions to prevent an outbreak of coronavirus. Last week, it urged Greek authorities to evacuate all the camps and transport migrants to the mainland.

The problem is that Greece has little idea about what to do with the migrants or where they could put them on the mainland.

While some other European nations have said they will take in migrant minors from Greece, such as Germany, these countries have only committed to 2,000 illegal migrants who are children or teenagers out of the 42,000 living in Greece.

European leaders are trying to prevent further deterioration of the situation by halting another influx of migrants.

While there was no confirmation on the outcome of Tuesday’s video conference talks between Turkish President Recep Tayyip Erdoğan and the leaders of France, Germany, and the UK, according to some international news agencies, European leaders pressured Erdoğan to stop the influx of migrants through Greece to prevent the spread of coronavirus.

However, the Turkish president has repeatedly accused the EU of failing to provide the promised financial assistance to Turkey worth €6 billion, which remains a serious point of contention between the EU and Turkey.

Belgium changes its rules on asylum to end coronavirus outbreak

Greece is not the only country taking radical action against migrants spreading coronavirus, with migrant centers in Belgium taking vigorous steps to prevent the outbreak, including shutting down services and reception centers for asylum seekers and refusing to deal with new asylum seekers.

Belgium, which is severely hit by the coronavirus, stated the outbreak is the main reason behind its decision why the Federal Immigration Office will no longer review any political asylum applications, new or existing.

Furthermore, the office is currently understaffed, and thus unable to handle the daily volume of 200 applications.

The country decided to introduce this measure despite the EU and the United Nations, which argue that people have a fundamental right to apply for asylum.

Belgium’s unilateral actions may be another sign that countries are taking their own measures in a time of national crisis and putting citizens before migrants.

From Tuesday, a housing center in Brussels shut its doors to asylum seekers due to the coronavirus outbreak.

According to a spokesperson for the immigration office, Geert De Vulder, every day there are about 100 to 150 people in the center’s waiting room, which increases the risk of infection.

However, according to De Vulder, there is no provision that would prevent asylum seekers, including children, to end up living on the streets as they are not entitled to any assistance until they fill their asylum applications.

The Belgian federal body Fedasil, which manages housing centers for refugees, has previously stated that asylum seekers arriving at the Le Petit-Château Fedasil center will be screened and quarantined if they show any symptoms of coronavirus.

The Belgian Commissioner-General for Refugees, an official who helps applicants through the asylum procedure, has also decided to cancel meetings with all asylum applicants, indefinitely.

Germany contends with a spike in migrant infections

Germany has also placed residents in quarantine in numerous asylum centers across the country in an attempt to halt the spread of coronavirus, which has led to rising tensions.

Migrants in asylum center in Suhl, Germany, threatened to set fire to the asylum center and displayed the flag of the ISIS terrorist organization after they were forced into quarantine. One migrant inside was found to be infected with coronavirus, leading to all 500 residents placed on lockdown. Despite a breakout attempt, police were successful in keeping the migrants inside the building.

In Germany, there are now 13 asylum seekers in the country with coronavirus infections and that number is only expected to increase.