Le Pen will temporarily hand over leadership to Bardella 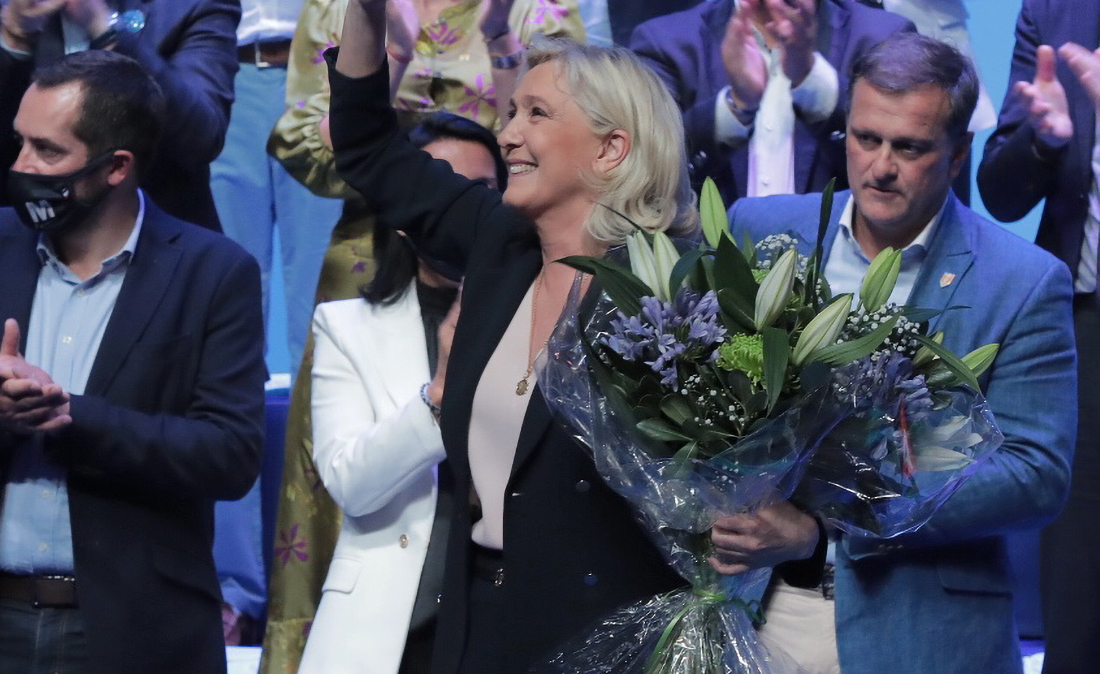 Marine Le Pent was re-elected president of the French National Rally on Sunday by the delegates at the party’s electoral congress, but she will be temporarily hand over the post to first vice-president Jordan Bardella in September when she begins hes campaign for next year’s presidential election.
Marine Le Pen was the only candidate to run for the party presidency since 2011, leading a party founded by his father, Jean-Marie Le Pen. At the party’s annual congress, which began on Saturday in Perpignan, southern France, Le Pen was re-elected with 98.35 percent of the votes.
The party president told the French press that she was very determined about the presidential election and that her party’s failure in last week’s regional elections did not discourage her.
“I have no doubt as to what is necessary and to be done for France,” she said. Incidentally, one of the main topics of the congress was the mobilization of activists after the election failure, as some of them began to doubt Marine Le Pen’s suitability for the candidacy for head of state.
Contrary to the set goal, the National Concentration could not gain the leadership of any region, and Marine Le Pen considered it necessary to gain at least three regions in advance in order for the party to have a proper base and a springboard at the local level in the presidential race.
Compared to the previous regional election, the National Concession lost thirty percent of its voters. According to party leaders, record absenteeism in regional elections has not been conducive to the National Rally, whose voters come primarily from young people and the working class. And last weekend, senior voters from the middle class in particular went to the polls.
Even after the victory of the center-right Republicans at the end of last week, polls indicate that only Emmanuel Macron and Marine Le Pen have a chance to advance to the second round of the presidential election, but there, according to current polls, Emmanuel Macron would beat the candidate of the National Rally.
Marine Le Pen also signed last week’s statement in which the National Rally, Hungary’s Fidesz, Polish Law and Justice, the Italian League, the Spanish Vox and 11 other parties jointly rejected the idea of ​​a European superstate.
“The European Union is drifting towards less and less democratic shores, so it is time for the patriots of the old continent to unite for the sake of the people and democracy. Together, we will be stronger against federal blackmail”, Le Pen stressed.
Title image: Marine Le Pen celebrates her re-election as party president of the National Rally. (source: Twitter)