He will concelebrate the closing Mass of the Eucharistic Congress 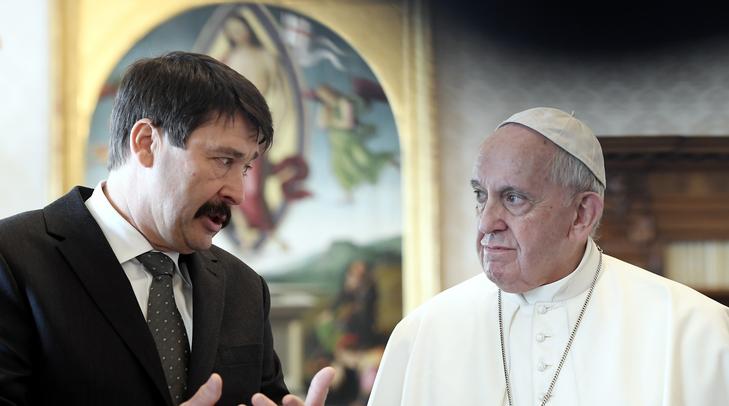 Pope Francis officially confirmed his visit to Budapest in his speech following Sunday’s prayer to the Lord’s Angel, announcing that he would concelebrate the closing mass of the 52nd International Eucharistic Congress (NEK) on the afternoon of September 12th.

In his Italian speech from the window of  the Apostolic Palaces in St. Peter’s Square, the Holy Father emphasized that he prays straight from the heart for all who organize and prepare for his visit. He added that he will pay a pastoral visit to Slovakia from 12 to 15 September.

The 52nd International Eucharistic Congress (NEK), originally planned for last year, will be held in Budapest from 5 to 12 September this year due to the pandemic. The closing Mass will be presented by Pope Francis in the Heroes’ Square.

Following the speech, Matteo Bruni, a spokesman for the Holy See, issued a statement confirming that Pope Francis would visit Budapest at the invitation of civil authorities and episcopal conferences to present the NEK closing mass, and then travel to Slovakia, where he would visit Pozsony (Bratislava), Eperjes (Prešov), Kassa (Kosice) and Sasvár. A detailed program will be announced later by the Vatican.

“The community of Catholic believers is waiting for Pope Francis with great joy and love”, said Cardinal Péter Erdő, Archbishop of Esztergom-Budapest, in response to the papal announcement on Sunday. He said that “we pray that as the epidemic subsides, the visit of the Holy Father will be a sign of hope and a new beginning for us all.”

The cardinal added that it is of great importance that Pope Francis will personally attend the closing Mass, as usually it is the papal legate who represents the head of the church at the Eucharistic Congresses. So it was at the last congress in Cebu, Philippines, where Pope Francis sent a video message.

The last Eucharistic Congress personally attended by a pope was 21 years ago, when Pope John Paul II attended the world event held in Rome at the time. Last month, the Hungarian episcopal conference announced that Pope Francis is scheduled to meet with President János Áder and Prime Minister Viktor Orbán during his short stay in Hungary.

This year, Budapest will host the International Eucharistic Congress for the second time. The last official papal visit to Hungary was 25 years ago, in 1996, when Pope John Paul II visited Pannonhalma and Győr in western Hungary.