The Hungarian child protection law doesn’t discriminate, unlike the LGBT laws set to pass in Italy and Spain

Spain and Italy are introducing LGBT laws that are an affront to religious freedom and free speech, and in many cases, are openly discriminatory 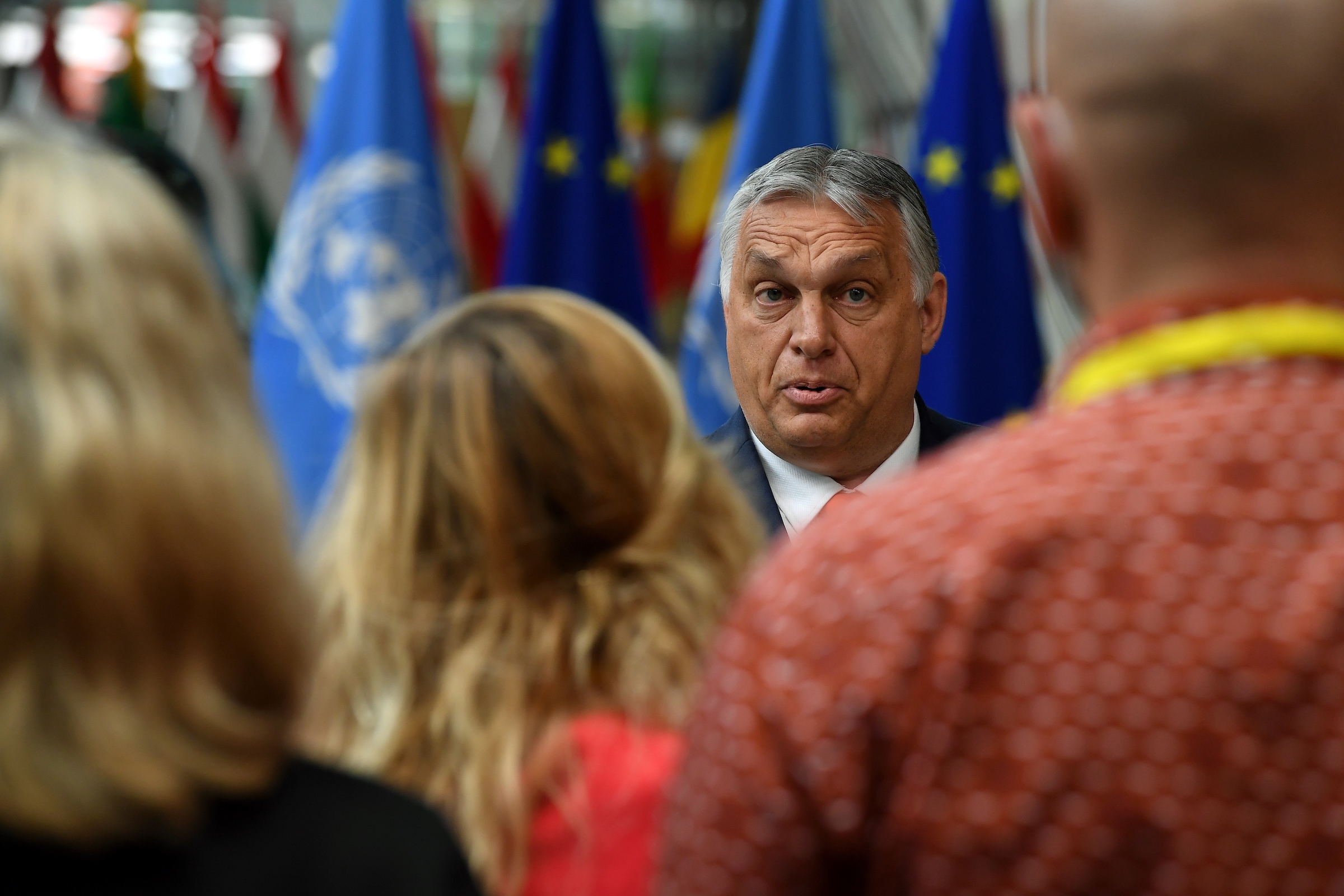 What is revealing about the European attacks on Hungary’s law banning the promotion of homosexuality and “sex change” practices to minors is the silence surrounding two bills imposing what Hungary has just banned: the “anti-homotransphobia law” in Italy and the “trans law” in Spain. If there are any laws that infringe freedom of expression and introduce discrimination, it is the Italian and Spanish laws, not the Hungarian law.

The Hungarian law, in effect, consists of a series of amendments to existing laws and simply states that:

Contrary to what has been said by some media and by a number of European leaders, the Hungarian law does not discriminate against homosexuals, it does not concern adults and nothing will prevent parents, if they so wish, from promoting homosexuality among their children and from allowing them to watch films and programs that are not recommended for under-18s.

While their reactions to the Hungarian law have been hysterical and generally ill-informed, the European media have given little coverage to the concerns expressed by the Vatican, in particular, about the Italian draft law against homophobia and transphobia. While the so-called Zan law remains blocked in the Senate for the time being, there is little doubt that it will be passed, as the left-wing parties that support it have a majority in parliament.

Asked at a press conference in Brussels what she thought of the Hungarian law, the leader of the Brothers of Italy (FdI), Georgia Meloni, said:

“I have not had the time to read the law under discussion in Hungary and considered by 17 EU countries as discriminatory against LGBT people, but I will listen to Orban’s point of view, and then I want to read the law. Allow me to say that I consider the attitude of the Italian left a bit schizophrenic. One day my colleague Zan is happy with the fact that the EU Commission challenges a law approved by the Hungarian Parliament, the next day he says he is scandalized by the intervention of the Vatican on a law being under discussion in the Italian Parliament. We cannot always use double standards.”

The Italian left was indeed shocked by the Vatican’s intervention, even though it applauded the European interventions in the face of the Hungarian law.

In a note sent to the Italian embassy dated June 17, the Holy See’s Secretariat of State asked Italy to amend the bill passed by the Chamber of Deputies in November 2020, which is currently in the Italian Senate. If the Holy See wrote this letter concerning the Zan bill against homophobia and “transphobia”, it is because it sees in it the risk of “a negative effect on the freedoms guaranteed to the Catholic Church and its faithful by the current regime of the concordat… particularly in the part that criminalizes discriminatory behavior for reasons ’based on sex, gender, sexual orientation, gender identity’.”

There are also concerns about the overly broad nature of the Italian law, which could criminalize both speech and religious beliefs in Italy. According to law professor Cesare Mirabelli, a former president of the Constitutional Court, who was interviewed for the Italian edition of the Huffington Post, some passages that are too vague regarding incitement to commit acts of discrimination because of sex, “gender”, sexual orientation or “gender identity”

Mirabelli said that Italy’s “anti-homotransphobia” law means that “even Catholic associations can be sued for the different roles they attribute to men and women, or because women are excluded from the priesthood. Furthermore, a Catholic university could be prosecuted for adopting a bioethics charter, as some have already announced they will do as soon as the Zan bill has been passed into law.

Among other things, the Zan law provides for the mandatory participation of schools, including Catholic schools, in a national day against homophobia.

The height of hypocrisy was reached when Italian Prime Minister Mario Draghi — reacting in the Senate to the Vatican’s concerns with talks about secularism and parliamentary sovereignty — proudly informed senators that “Italy has signed a joint declaration with sixteen other European countries expressing their concern about Hungarian articles of law discriminating on the basis of sexual orientation.”

The situation is quite similar in Spain, where the adoption of the “Trans Law” proposed by the Sánchez government is almost certain. This project is the result of a compromise between the Socialist Party (PSOE) and its far-left ally (Unidas Podemos).

Among other things, this legislation would reverse the burden of proof when a landlord is accused of refusing to rent because of the sexual orientation of a would-be tenant. In other words, it will now be up to the landlord to prove that his refusal was not motivated by the sexual orientation of those who wanted to rent his property, failing which he or she will have to pay a very heavy fine of up to €150,000.

Consequently, if both homosexual and heterosexual would-be tenants show up, a landlord will have a vested interest in renting to homosexuals to avoid risking having to sell his or her property to pay the fine. In effect, the law could end up serving as a source of discrimination against heterosexuals.

Another innovation of the Spanish “Trans Law” that introduces privileges for transsexual or transgender people to the detriment of others is the right to use toilets and changing rooms corresponding to the “gender” with which one identifies rather than according to one’s biological sex. This will also apply to children in schools. Minors will be able to freely change their sex in the civil status registry from the age of 16 — the parents’ agreement is required only between the ages of 14 and 16, and a judge will have to rule on children aged 12 to 14 who “wish” to be identified with the other sex.

The law is drawing fire from a range of groups, including Spanish feminist associations, which are protesting against the decline in women’s rights and the discrimination that accompanies this replacement of the concept of sex by a concept of “gender”, the consequences of which can already be seen in the field of sport, where women’s competitions are increasingly being won by men who are claiming they are women.

On June 30, the leader of the conservative Vox party, Santiago Abascal, reminded the Spanish prime minister and European leaders of the hypocrisy there is in claiming to promote and defend the rights of LGBT people while at the same time pursuing a policy of mass immigration and Islamization.

“In Hungary, homosexuals can walk peacefully in the streets, but not in some streets of Amsterdam, Brussels or Barcelona, because of the fundamentalist immigration that does not respect them and that you all bring [to Europe],” he said.