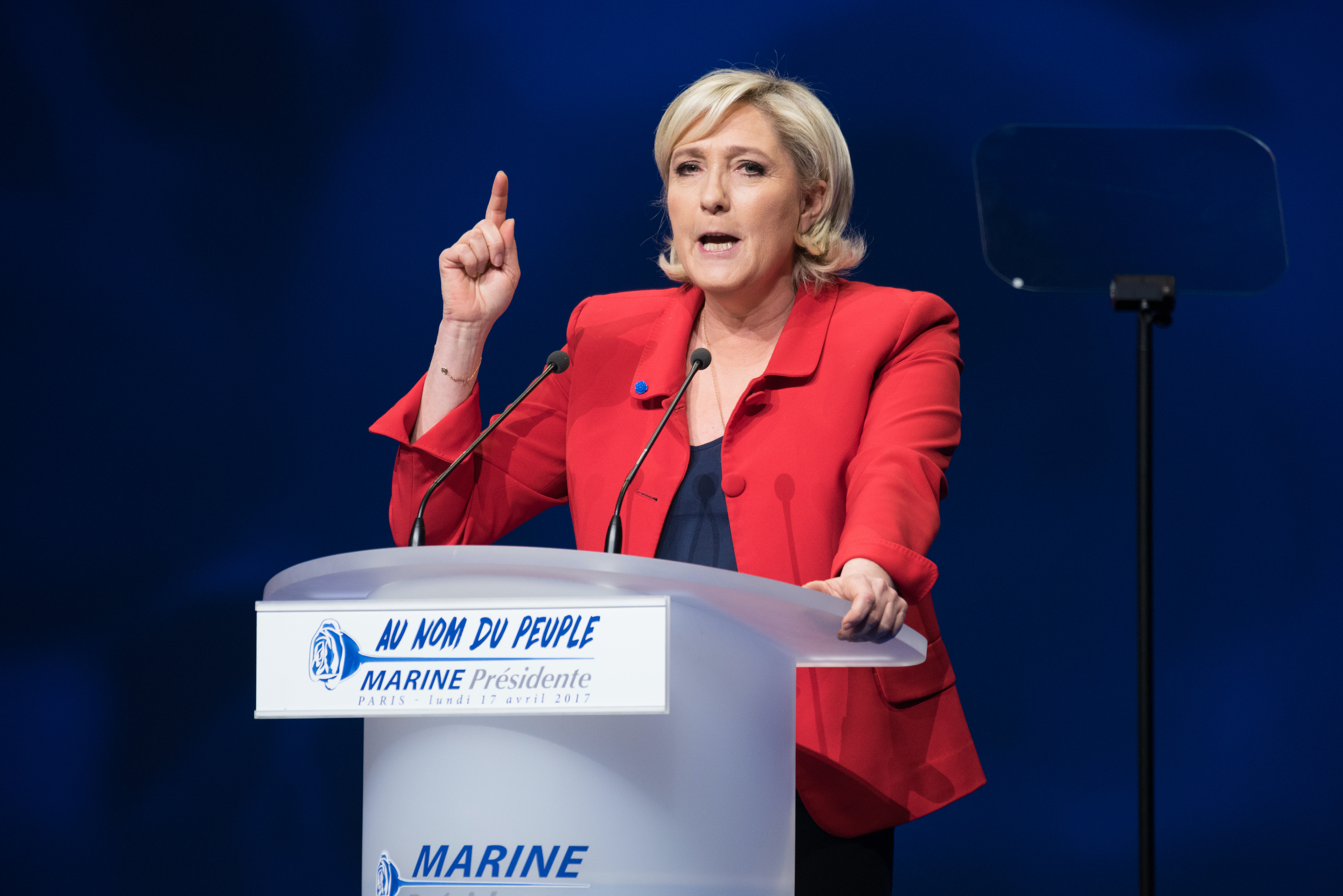 Marine Le Pen, the leader of France’s populist National Rally party, argued that the state must declare war on the ideology of Islamism, saying that it should be considered “an enemy of France”.

“A war is being waged against us, and we must wage this war. We are not waging this war against a State, but against an ideology: Islamism,” the populist leader argued during a Sunday appearance on Le Grand Jury, a show produced by French media outlets RTL, Le Figaro, and LCI, Le Figaro reports.

France’s 2022 presidential candidate’s words come just nine days after Samuel Paty, a 47-year-old history teacher, was beheaded by Islamist terrorists outside his school for showing images which depicted Muhammad to his class, which was centered on freedom of expression, as Remix News previously reported.

Among other things, Le Pen, during the nearly hour-long program, called on the French state to ban any organizations which promote Islamist ideology; to obstruct all funding that supports it; to close all Islamist mosques; and to expel the foreigners who work to propagate and defend the ideology. The populist leader also advocated for life imprisonment for individuals convicted of terrorist acts, the revocation of French citizenship for radicalized dual nationals and for those with French citizenship alone — a penalty which would be equivalent to “civic death” for the act of degrading the nation.

“What shocks the French is to see people who have committed appalling acts come out after 10, 20 years. Those who commit terrorist acts must be imprisoned for life,” the National Rally president insisted.

Le Pen also stressed that France should abandon several articles of the European Convention on Human Rights, which she argued “in many cases prevents [France] from protecting ourselves from terrorists.”

“When a terrorist who has committed murder on our soil leaves prison, and we are forbidden to send him back to his country of origin […], it is amounts to endangerment of the French people,” Le Pen said.

Le Pen went on to insist that “Muslims must participate in the fight against Islamism, an ideology”. She also restated her opposition to the “wearing of the veil in public spaces” and proposed that it be banned.

When the subject of the upcoming US presidential election came up, Le Pen unashamedly proclaimed that she supported the reelection of Donald Trump, which in her eyes would be “more positive” than if Joe Biden were to be elected.

With polling showing that the French are increasingly opposed to immigration and believe that it threatens national security, support for Le Pen’s tough views on immigration and Islam may be growing.

On Saturday, during an interview with CNews, Bruno Pomart, a former police officer with RAID, an elite tactical unit of the French National Police, said, “The National Rally is currently much less dangerous than [the Islamo-leftist] party France Insoumise.”

Over the weekend, intense vitriol from leaders across the Muslim world was directed at the French President Emmanuel Macron’s government, following harsh words and sweeping actions from the French state meant to address the growing threat of radical Islamism in the country. Turkish President Recep Tayyip Erdoğan, over the weekend, went as far as to say that Macron requires “mental health treatment” over his attitudes towards Islamism.