Ukrainian government lashes out at Hungary over alleged ‘election interference’

With voters turning against the Ukrainian ruling government, is Volodymyr Zelensky trying to find a scapegoat? 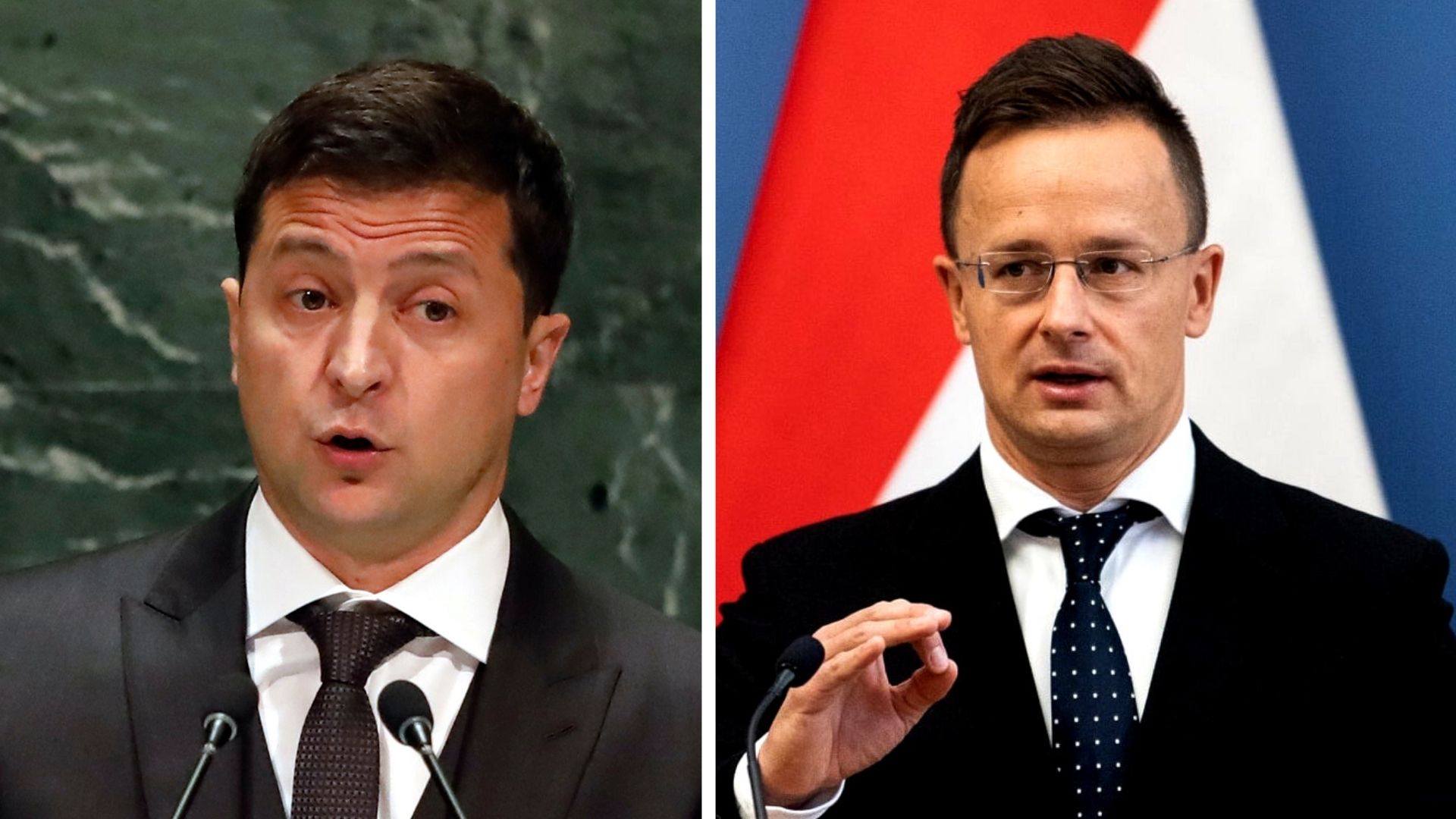 The Foreign Ministry of Ukraine has issued an unusually strong-worded protest towards its neighbor Hungary for allegedly interfering in its elections held on Sunday, Oct. 25. The protest is a reaction to a social media entry by the Hungarian Foreign Secretary Péter Szijjártó in which he urged ethnic Hungarians to vote for candidates representing Hungarian ethnic minorities in Sunday’s local elections.

The move from Szijjártó was interpreted by the reigning government of President Volodymyr Zelensky as an interference in Ukrainian internal affairs and as an “underhanded strike” against Ukraine’s declared efforts to sort out its long-standing disputes with Hungary regarding its state language-law that severely restricts the use of minority languages in the country. The letter from the Foreign Ministry of Ukraine accused the Hungarian authorities of “whispering to Ukrainian voters”, called it a provocation, and threatened a “strong reaction.”

The strong-worded statement could be interpreted as a hangover from Sunday’s elections in which the governing Servant of the People party had suffered significant losses, according to exit polls. The meteoric rise of former comedian Volodymyr Zelensky into power — who in the 2019 presidential elections has managed to beat his rival with a 73-percent landslide victory — is now seen as reversing as his popularity plummets.

Analysts predict a wave of defections from his party that currently holds 254 seats in the 450 member parliament. If Zelensky does not manage to turn around his image as an indecisive leader lacking clear political direction, some predict that early elections in 2021 will be inevitable.

Tensions between the Ukrainian and Hungarian government date back to the 2019 signing of Ukraine’s draconian language-law, which restricts the usage of languages of ethnic minorities living on its territory in education, cultural life, official communication, media, and other important areas of society.

There are strict penalties for violating the language law ranging for financial sanctions to imprisonment. Although the language law was primarily designed to suppress Russian identity in regions inhabited mostly by Ukraine’s populous Russian minority, it also had a devastating effect on the cultural life and education of other minorities in the country. Representatives of Ukraine’s 150.000 strong Hungarian minority have often voiced their concerns that the new law will lead to a persecution of their members and would eventually result in the assimilation and a loss of identity for the Hungarian minority.

In reaction to the language law, the Hungarian government announced in 2019 that it will veto any efforts from Ukraine’s part to become a member of the European Union or NATO, both of which Hungary is a full member. This move blocks vital economic and security resources from Ukraine as it grapples with serious economic difficulties on the one hand, and an armed separatist movement from the East on the other.

Despite Zelensky’s promises to review the controversial law before his election as president, no tangible progress has been made in answering the concerns of minority leaders in the country.

The Venice Commission, which is an advisory body of the Council of Europe, has strongly criticized the law, warning that it may stoke inter-ethnic tensions within the country. Members of the council were of the opinion that the law “extends to other areas the differential treatment that the Commission considered in its 2017 opinion as very problematic from the perspective of non-discrimination… The State Language Law includes several provisions which impose limitations on the freedom of expression and the freedom of association.”

In other words, the Ukrainian language-law has an effect not only with regard to the use of minority languages, but also violates basic human rights in several other areas.

Despite the unambiguous conclusions of the Venice Commission, European Union leaders have shown no interest in following up on its advice and resolving the human rights violations in Ukraine. The reasons for this are essentially two-fold.

On the one hand, EU leaders regard the country as a buffer-zone between the EU and Russia. As a result of this perception, both the EU and the US have been in recent years pouring economic as well as military resources into Ukraine and are reluctant to engage in criticism that could weaken the position of its pro-Western government.

On the other hand, Hungarian minorities living in surrounding countries, such as Ukraine, Romania or Slovakia are predominantly supportive of the Viktor Orbán government. In the ongoing political dispute between Hungary and some key European leaders, the EU has been seen as tolerating certain anti-Hungarian sentiments that are affecting mostly the Hungarian diaspora — a position could weaken the current Hungarian government’s geopolitical position, and could make the emergence of regional alliances rivaling Brussels’ exclusive dominance — such as the Visegrad Four — more difficult to maintain.

In recent years, Hungarian minorities have been the victim of a string of violent incidents organized by ultra-nationalists, such as the double arson attack on the offices of the Trans-Carpathian Hungarian Cultural Association in Uzhhorod, Ukraine, or the desecration of a Hungarian military cemetery in Valea Uzului, Romania.