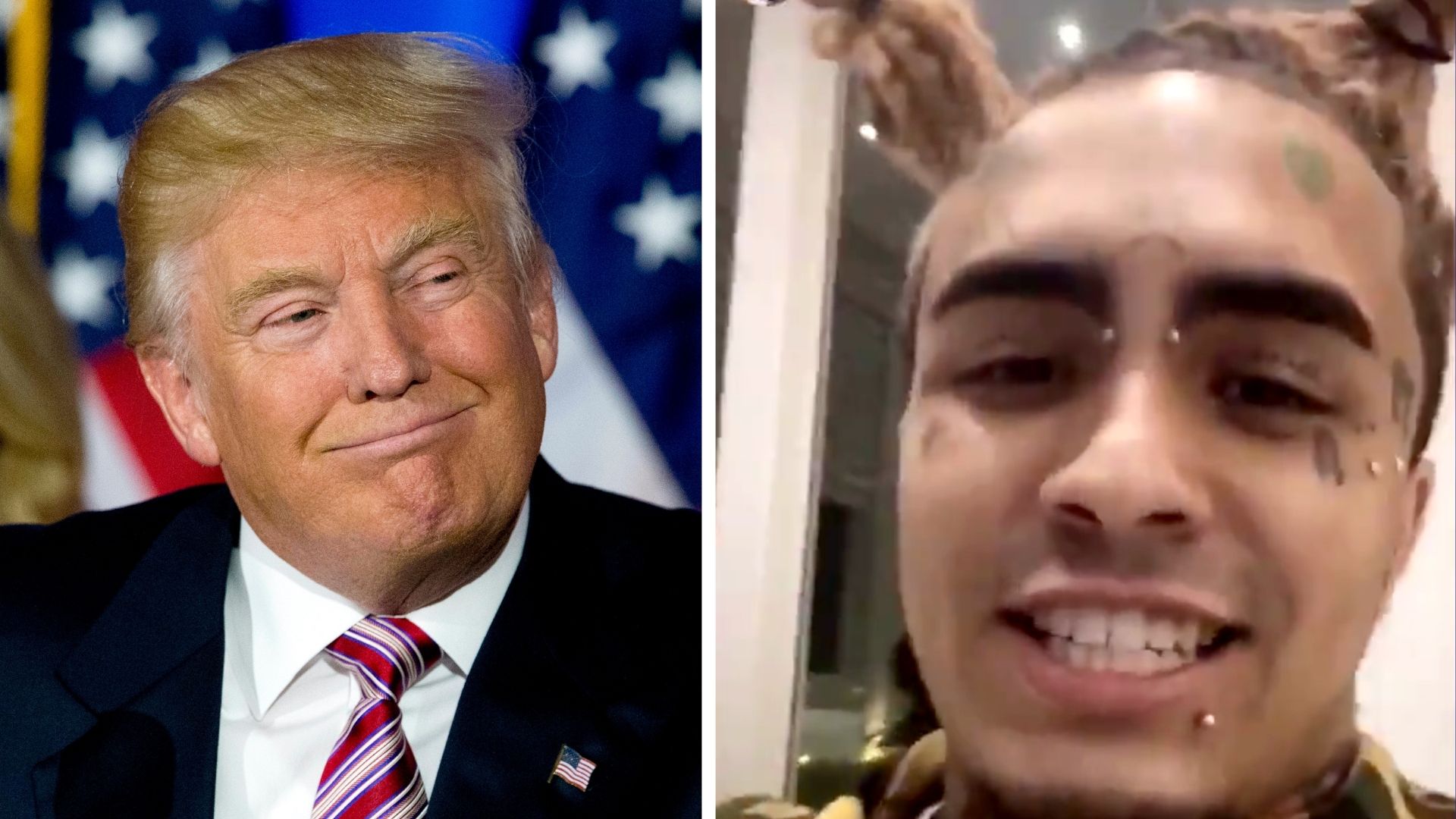 Famed rapper Lil Pump, who rose to prominence on Soundcloud, has endorsed Donald Trump for president on Instagram in a video where he also slung insults at Trump’s Democratic contender, Joe Biden.

Lil Pump, with over 17 million followers on Instagram, is one of the most popular rappers in the United States. His video “Gucci Gang” has over 1 billion views on Youtube.

“THE DAY I MET TRUMP #trump202022020,” Lil Pump captioned on Instagram featuring a photo with him and the president.

The Miami-based Lil Pump, whose real name is Gazzy Garcia, also filmed himself directly endorsing Trump in an expletive-laced video.

Even cough syrup sipping sound cloud rappers like @lilpump are waking up to the reality that @JoeBiden is about to rape their wallets pic.twitter.com/3FRyoMKEr6

Lil Pump’s endorsement, which appeared to result from Biden’s plan to increase taxes, comes after famed rapper 50 Cent endorsed Trump this month after he also saw Biden’s tax plan, saying, “I don’t want to be 20 Cent.”

50 Cent doubled down on his endorsement for Trump after watching a segment on Fox News where his endorsement was a topic. Trump advisor Katrina Pearson joked that 50 Cent would become “20 Cent” under a Biden plan that increase taxes substantially on those making over $400,000 a. year.

The segment was originally connected to 50 Cent’s first endorsement, in which he wrote on Twitter, “WHAT THE F*CK! (VOTE ForTRUMP) IM OUT. “F**K NEW YORK The KNICKS never win anyway. I don’t care Trump doesn’t like black people 62% are you out of ya f**king mind.”

Other prominent rappers have endorsed Trump in the past, such as Kanye West in 2016, although West is now running for president himself in the upcoming 2020 elections on Nov. 3.