The Polish-Czech mural created by young artists will be split in half, with one half in Warsaw and the other in Prague 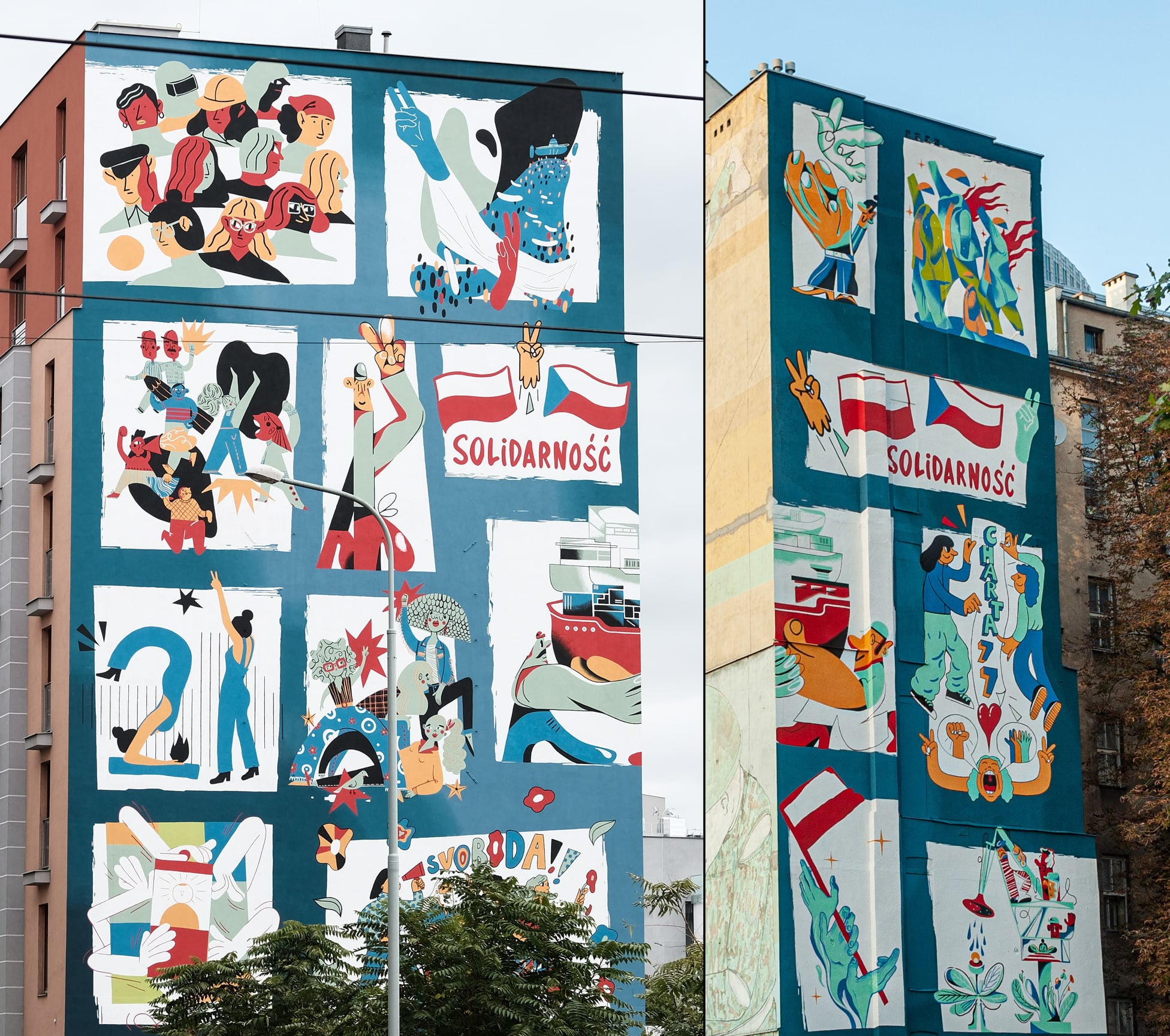 On Friday, a Polish-Czech mural was unveiled in a ceremony in Prague and Warsaw, with the large-scale piece of art commemorating the beginning of the Solidarity movement in 1980, the cooperation of Polish and Czechoslovak dissenters against communism, and Central Europe’s path to freedom in 1989.

The creators of the graphic design, with one half located in Prague and the other half in Warsaw, are young Czech and Polish artists from the Good Looking studio, according to Czech news portal Echo24.

Hana Třeštíková, deputy mayor of Prague 7, Maciej Ruczaj, director of the Polish Institute in Prague, Bartek Leśniewski, Director of the Good Looking Studio, and artists Marek Kulhavý and Martina Fischmeister met at the Prague unveiling of the mural. The idea for the mural arose during a Polish-Czech study tour.

“The visit to Gdańsk Shipyard, where the first strikes began, was the most important thing for me. As well as the fact that we collaborated on the whole with other authors from Poland,” said Marek Kulhavý.

On the Czech side, the artistic design was produced by Aliona Baranova and Barbora Idesová, and on the Polish side by Olga Fedirko, Kinga Offert, Kasia Majewska, and Karol Banach. The idea for a Polish-Czech mural came from the National Centre of Culture and the Polish Institute in Prague. The City District Prague 7 then selected and provided space on the wall of a nursing home in Tusarova Street.

“It’s great when — even in today’s complicated times, — a remarkable work of art can be created in a public space, all the more so when several artists from two countries are preparing it. We were very happy to provide the wall of our nursing home for this occasion. The mural looks amazing and revived the whole street. I firmly believe that it will make the inhabitants of the house and passers-by happy,” said the Deputy Mayor of Prague 7, Hana Třeštíková.

“While the Czechoslovak communist press called Solidarity in 1980 a contagion from Poland, Czech and Slovak dissidents agree that it was primarily a hope for change. At that time, Poles, Czechs, and Slovaks also began to work more closely together, resulting in, among other things, the first international dissident movement, Polish-Czechoslovak Solidarity. The personal friendships that people established at that time are still strong and it is on this basis that Polish-Czech cooperation was established after 1989. The mural is not only reminiscent of this beautiful chapter of common history but also adheres to the values on which this cooperation was based and which — if we look at the situation in Belarus, for example — we have to confirm again and again,“ summed up the director of the Polish Institute, Maciej Ruczaj.

The project “40 years of Solidarity / Aiming high – cultural wall” was supported by the Polish Ministry of Culture and National Heritage from the Inspirational Culture program.

Title image: Two houses – on the left in Prague 7 and on the right in Warsaw – are decorated with a large-scale painting to commemorate the cooperation of Polish and Czechoslovak dissent, the path of Central Europe to freedom, and the 40th anniversary of the Solidarity movement. (Facebook of Prague 7 Dan Hromada | Radek Nowik) 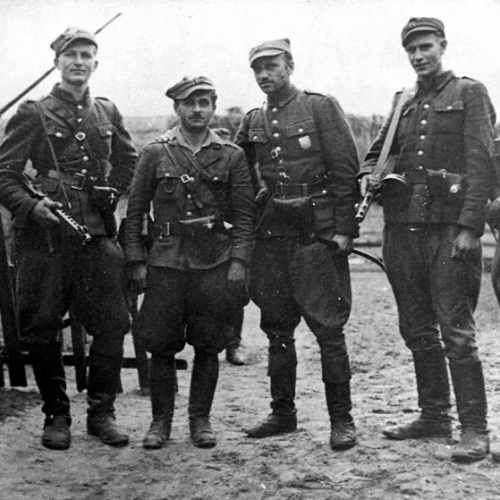