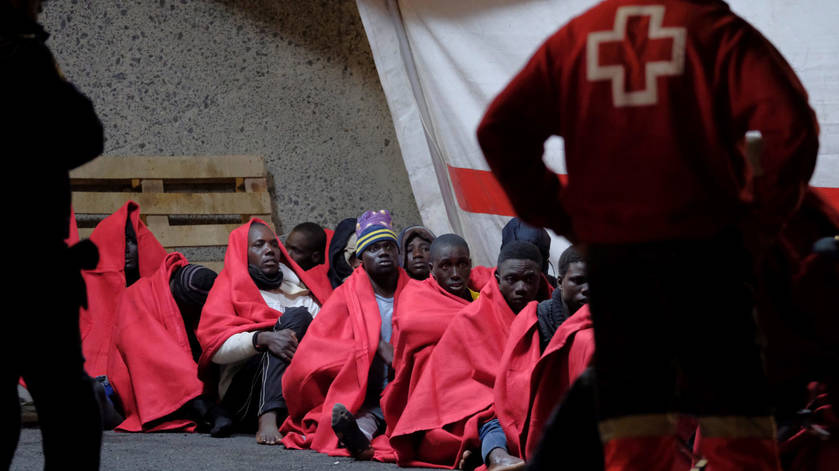 German Chancellor Angela Merkel is still intent on establishing a quota system to distribute immigrants among European Union member states, according to a recent report of the EU’s foreign affairs body.

With increased migration on the Balkans route and an average 450 migrants arriving to Germany every day, Merkel is pushing for the European Union to approve a distribution system, according to the latest report of the European External Action Service (EEAS), the diplomatic service and combined foreign and defense ministry of the EU.

Recent reports from Germany also indicate that the majority of these migrants cross from Turkey into Bulgaria, attempting to make their way to Western Europe, primarily Germany.

Germany previously said that it would drop demands for migrant quotas and instead push for a voluntary system of distribution, but the influx of migrants entering the country is one reason why the topic featured heavily on the agenda of Monday’s meeting between Merkel and Austrian Chancellor Sebastian Kurz.

“Migration data, the number of asylum applications, and the number of illegal entries into the European Union clearly indicate that proper protection of the Schengen borders is not ensured,” Romann said.

Merkel continues to see the solution in a “fair and just distribution” of the migrants among EU member states.

While Merkel and Kurz agreed that the protection of the EU’s external borders remains a key factor, they disagreed regarding the EU’s Operation Sophia, established in 2015 to patrol the Mediterranean Sea.

While Merkel wants Sophia to resume after it was suspended last March, Kurz said that so far, the operation, which is designed to rescue people from overcrowded or sinking boats, only managed to encourage people to venture across the Mediterranean Sea.

But they did agree on experts’ predictions that in the coming decades Libya will be the key to halting migration from the Sahel belt.

A clash with V4 countries on the horizon

Germany’s attempts to enforce migrant quotas in Europe is sure to be a point of contention with the Visegrád Four countries for Hungary, Poland, the Czech Republic, and Slovakia.

Hungarian Prime Minister Viktor Orbán has been adamant that Hungary will not accept migrants, saying in a speech in Italy last year,  “We reject migrant quotas but accept deportation quotas with pleasure.”

Polish Prime Minister Mateusz Morawiecki has been equally opposed to migrant quotas, saying, “Here in Poland, it’s we who decide who will come to Poland and who will not.

“Proposals by the European Union that impose quotas on us hit the very foundations of national sovereignty.”

Czech Prime Minister Andrej Babiš said in November 2019, “We’re not alone in this. The Czech Republic will never agree to mandatory migration quotas, at least as long as I am the prime minister. I promised that to my voters and I intend to keep my promise.”