Merkel to meet with V4 leaders in Prague 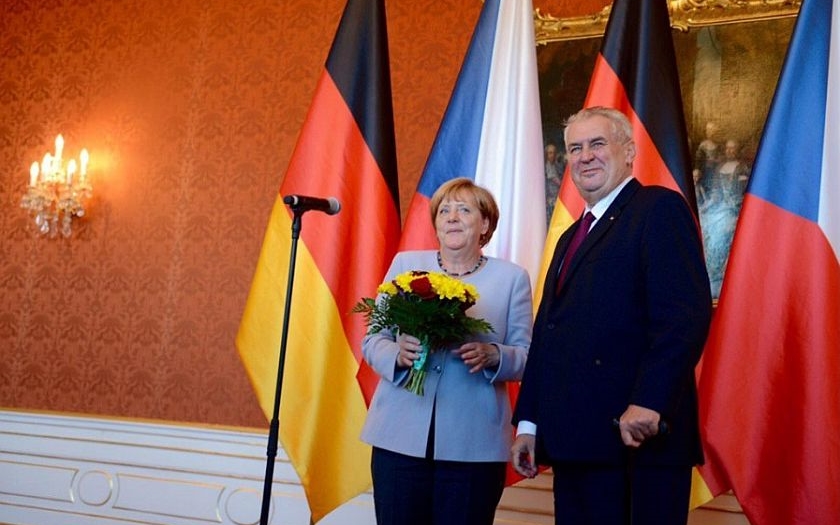 In the first half of this year, German Chancellor Angela Merkel (CDU) is about to visit Prague, with the visit planned to take place during the Czech presidency of the Visegrad Four.

Three reliable sources from the Czech, as well as the German side, confirmed the plan to Czech daily Hospodářské noviny.

“Merkel was invited to the Visegrad Four prime ministers’ summit,” one source said. She should, therefore, meet in Prague with the prime ministers of the Czech Republic, Slovakia, Poland, and Hungary.

Currently, the date of the visit is under negotiations, but according to another source, Merkel has already proposed a date that the Visegrad Four prime ministers are still considering, with a visit most likely to occur in May.

Merkel may find that negotiations with Visegrad Four countries may have a number of sticking points, particularly in migration. The German chancellor’s popularity has plummeted in the Czech Republic due to her pro-migration stance and her desire to implement migrant quotas across Europe.

In 2018, Merkel stepped down as the leader of the Christian Democrats and announced that she would no longer run in the next elections, which will be no later than 2021.

Merkel has been leading the German cabinet since 2005. During her term as chancellor, she has already overtaken the first post-war German Chancellor Konrad Adenauer for number of years served. If she holds office until 2021 as planned, the length of Merkel’s rule would be equal to that of former German Chancellor Helmut Kohl.

As part of her post-graduate studies, Merkel spent several months in the then Czechoslovakia in the 1980s where she learned how to speak several Czech phrases, including how to order a beer and schnitzel in a restaurant.

During her visits to the Czech Republic, Merkel regularly meets with Professor Rudolf Zahradník, a Czech physical chemist, with whom she studied thirty years ago.