Migration pressure on Hungary is mounting 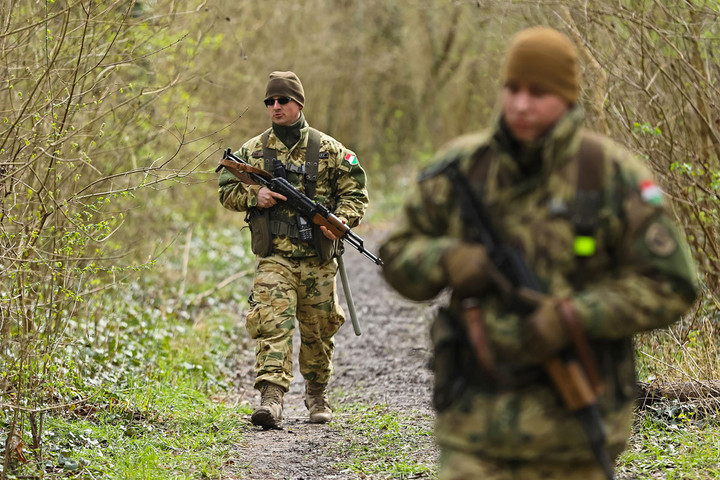 So far this year, more than 25,000 illegal immigrants have tried to cross the Hungarian border, compared with 16,000 for all of 2019, György Bakondi, chief domestic security advisor of Prime Minister Viktor Orbán, said on Thursday in an interview on national television channel M1.

Bakondi said that the pressure is the most pronounced on the Serbian-Hungarian border, but there is also an increase along the Hungarian-Romanian and, in some cases, the Hungarian-Croatian sections. Among the methods of transit for illegal immigrants, he highlighted hand-dug tunnels as the most often employed.

He pointed out, Hungarian authorities have reported that the number of people smuggling in 2020 has also increased compared to 2019. Last year, there were a total of 150 cases, whereas this year, already 307 people have been prosecuted.

According to information from the Pécs and Székesfehérvár departments of the National Investigation Bureau of the Emergency Police, on Thursday, police stopped a Hungarian and a Polish car on the M1 motorway, which links Budapest to Vienna, at Bábolna. In addition to the Kosovar and Moldovan drivers, 13 people claiming to be Syrian citizens were traveling in the vehicles headed for Austria. Police escorted the apprehended the migrants back to the enhanced security border, while the drivers were detained and will be prosecuted for the crime of people smuggling.

In Hungary, people smuggling is punishable by up to five years in prison or eight years in the case of aggravating circumstances, such as being committed by an organized group or when the use of weapons is involved.

Also yesterday, at the border-crossing with Serbia at Tompa, three men hid in a freight truck trying to cross the Hungarian border, while another illegal migrant was apprehended by police in the Kunbaja area.

In related news, on Tuesday, 42 men and three women were found in a Romanian truck of a Turkish driver at Tata, also on the M1 motorway to Austria. Officers of the Győr-Moson-Sopron County Police initiated proceedings against the 29-year-old driver, while the illegal migrants claiming to be Syrians were escorted back to the border with Serbia.

Also on Thursday, police announced that the head of a people-smuggling criminal organization was arrested in Budapest and that a Romanian human trafficker was sentenced to seven years and eight months in prison.