Neo-Nazis gather in Budapest for ‘Day of Honor’

Neo-Nazi groups and counter protestors were in equal numbers 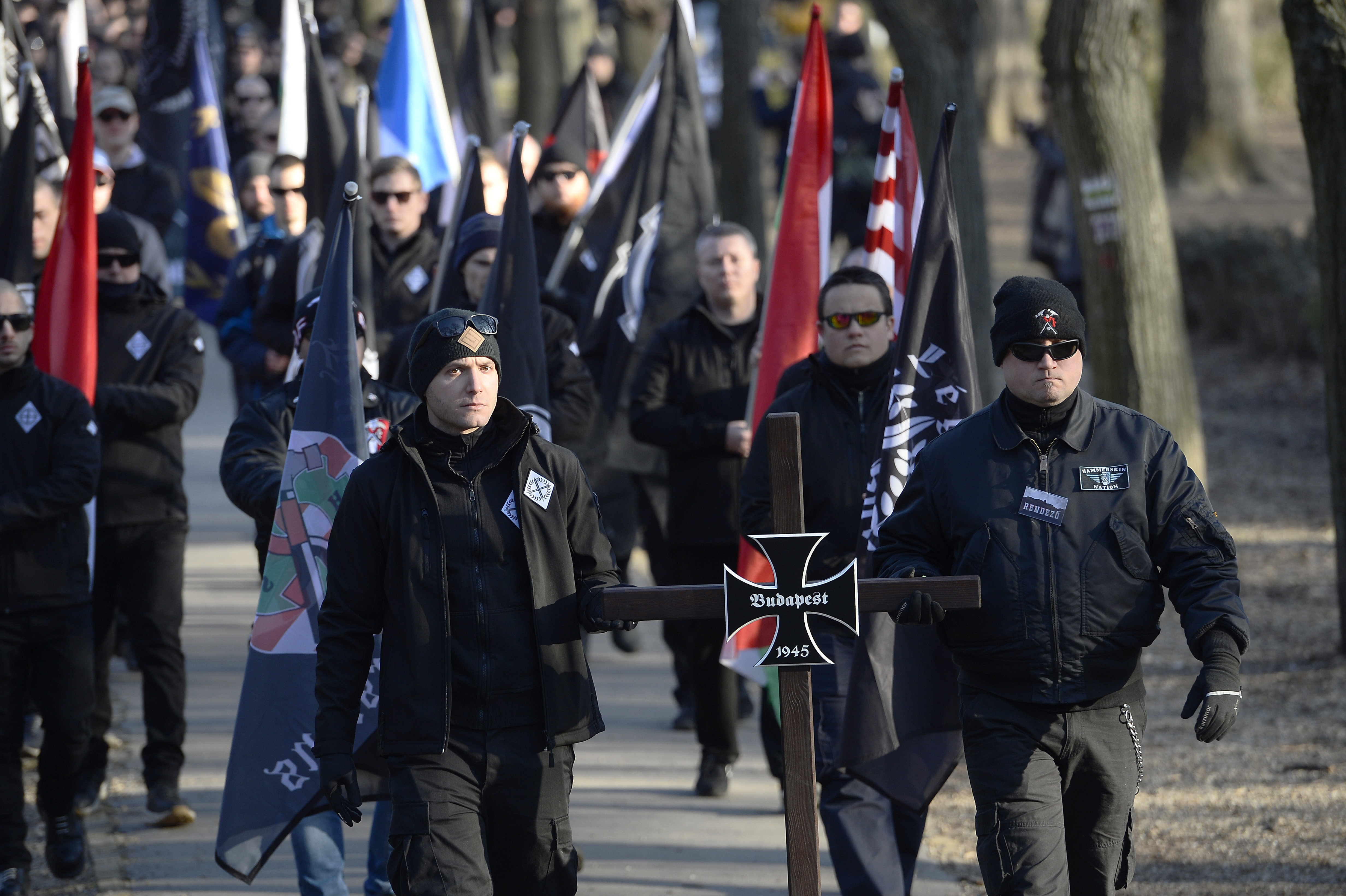 As they do every February, neo-Nazi groups, mainly from Germany and France, gathered in Budapest on Saturday to commemorate what they call the “Day of Honor” to commemorate the German army’s breakout attempt on February 11, 1945, from a Budapest surrounded by Soviet troops.

Two separate groups also staged an anti-fascist protest against the commemoration, with the opposing sides separated by two police cordons, and while there was shouting of invectives from the anti-fascist side, there was no violence.

In February 1945, Nazi-allied Hungary was near capitulation, and the Soviet Red Army had already occupied most of Budapest. Nazi forces and their Hungarian collaborators were holed up in the Buda hillside overlooking the frozen Danube River under siege and awaiting the inevitable.

In desperation, almost 30,000 of them, including civilians, tried to break through the Soviet siege to get to Nazi-controlled territory.

They failed. While a few hundred made it past Soviet lines, most were captured or killed. Budapest surrendered to the Soviets two days later.

The commemoration of the event – only attended by the most extremist elements of the far-right – began in the year 2000, and this year event was organized by Légió Hungária and the Hungarian Hammerskins.

The use of Nazi and communist symbols is prohibited by law in Hungary, punishable by a fine or prison sentence depending on the severity of the consequences, so there were no Nazi symbols openly displayed at the commemoration.

Title image: Protestors marching against the “Day of Honour” in Budapest on February 9, 2020 (MTI/Tamás Kovács)