German politicians promised a wave of migrants who would go on to serve as the country’s workforce, but the reality has been far different 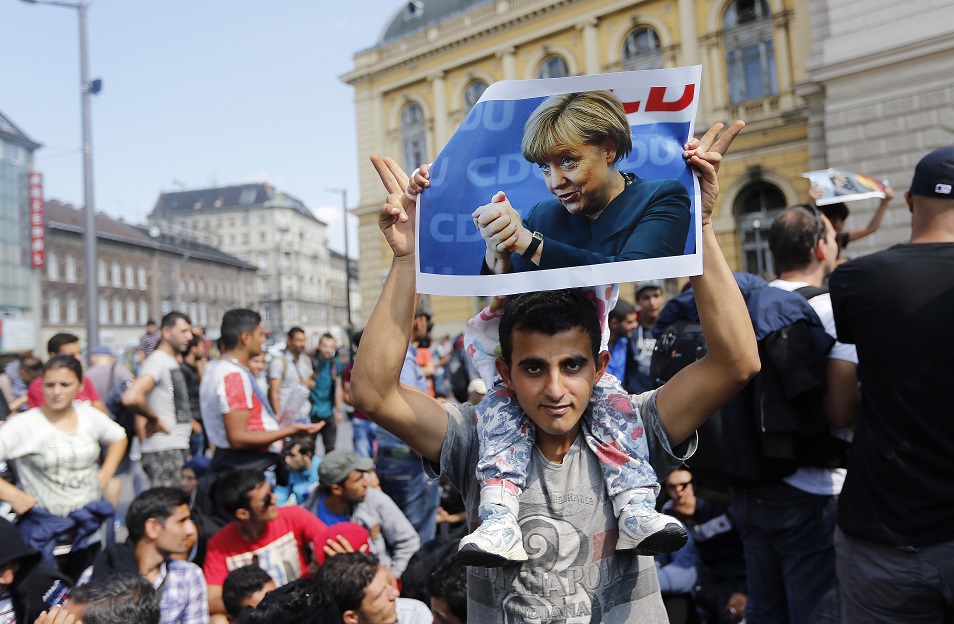 A migrant holds up a poster of German Chancellor Angela Merkel before starting a march out of Budapest, Hungary, towards Austria and Germany, Sept. 4, 2015. (AP Photo/Frank Augstein, file)

Of the more than 1 million migrants who came during the 2015/16 migrant wave to Germany, almost 900,000 of them still live on Hartz IV, which is the country’s social benefit system.

According to Germany’s Federal Employment Agency, only 460,000 of the Syrians, Afghans, Somalis, Iraqis, and other Middle Eastern and African migrants who arrived in Germany in 2015/16 are employed, and more than half of those are in unskilled jobs. Many of the migrants who are employed also receive social benefits due to their low incomes.

This information has emerged from a response from the federal government to a request from Alternative for Germany (AfD) MP René Springer. The data from the Federal Employment Agency shows has to do with the eight most common asylum countries of origin: Afghanistan, Eritrea, Iraq, Iran, Nigeria, Pakistan, Somalia, and Syria.

The proportion of refugees who live on standard benefits is almost twice as high as that of employed refugees and has leveled off at 66 percent. For comparison, 5.6 percent of Germans fall into the Hartz IV quota for social benefits.

Even among the former migrants who are employed and subject to social security contributions, 43.3 percent did not graduate high school. The proportion employed in low-skilled jobs is correspondingly high: 50.1 percent. This share has increased by 6.6 percentage points since January 2016, while the share of skilled workers, specialists, and experts continues to decline.

“Despite all the euphemisms by the government and the established media, the mass immigration into our social systems can no longer be denied,” said Springer, adding that the billions in taxes spent on integration measures have so far been spent ineffectively.

Given the lack of job skills of those who are unemployed or looking for work, there are few believe that these migrants will be integrated into Germany’s workforce anytime soon. Only About 4 percent have professional training and 7 percent have academic training.

Attempts to train these migrants also reveal an uncertain future. Of the approximately 25,000 applicants for a training place from the top eight asylum countries of origin, 15,000 remain unplaced.