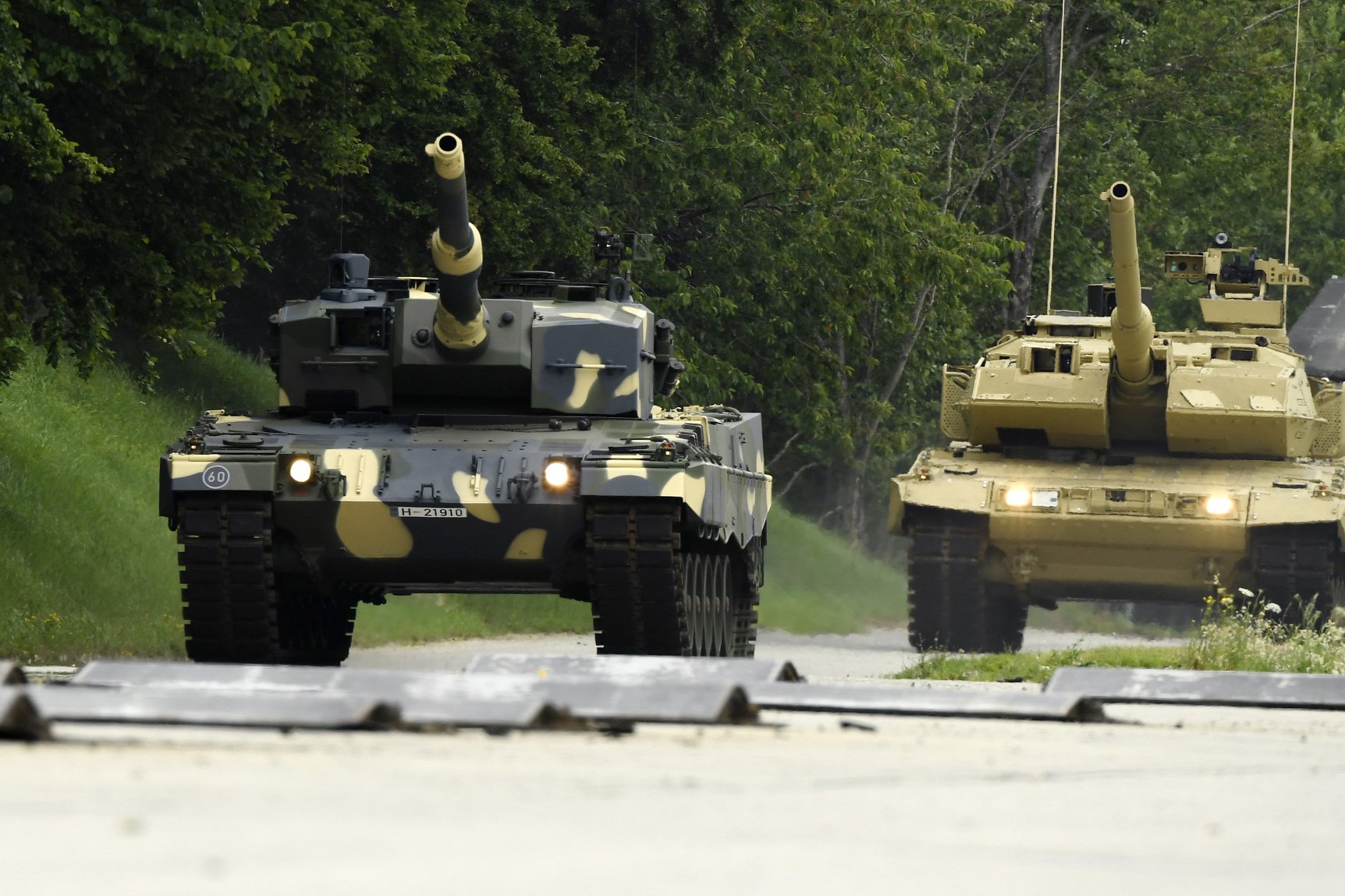 The Leopard 2A4 main battle tanks for training purposes will propel the Hungarian ground forces twenty years in time, while the combat duty Lepoard 2 A7+ variants will add another thirty years to that, putting Hungarian armor at the top of the world, an army general told conservative news portal Origo on taking delivery of the first training tanks.

“With the Leopard 2 A7+ variant we will reach world class, and the very top of that,” brigardier-general Gábor Lőrincz said. Lőrincz is the commander of Hungary’s tank brigade in Tata, central Hungary, where the new tanks will be stationed. Hungary currently has 30 Soviet T72 tanks, which have received some upgrades during their lifetime, but have been in service since 1978.

As part of the Zrínyi 2026 sweeping modernization program of the Hungarian Armed Forces, the country will take delivery of 44 Leopard 2 A7+ main battle tanks made by Munich-based German defense contractor Kraus-Maffei Wegmann and will also lease 12 Leopard 2 A4 tanks for training purposes. While Hungary did not specify the value of the purchase, the German manufacturer said the order was worth $400 million (€356 million), which puts the per unit cost at just over $9 million.

The first tanks are expected to be delivered during the summer, while the training of the tank crews will begin in September in Austria, and continue in Austria, Germany and Hungary. Lőrincz also said the Armed Forces are recruiting highly qualified youth for the new tanks, as well as IT crews, software and telecommunications operators to serve the highly computerized tanks.

All versions of the Leopard 2 tanks have full nuclear, biological and chemical protection for the crew and while the batch delivered to Hungary will have the official designation of Leopard 2 A7HU, the armed forces did not say whether this is only the German manufacturer’s export designation for the batch or it also includes specific changes requested by Hungary.

Hungary’s new Leopard 2A4 (L) and Leopard 2 A7+ (R) tanks at a demonstration of the German manufacturer’s Munich plant on July 3. (MTI/Szilárd Koszticsák)