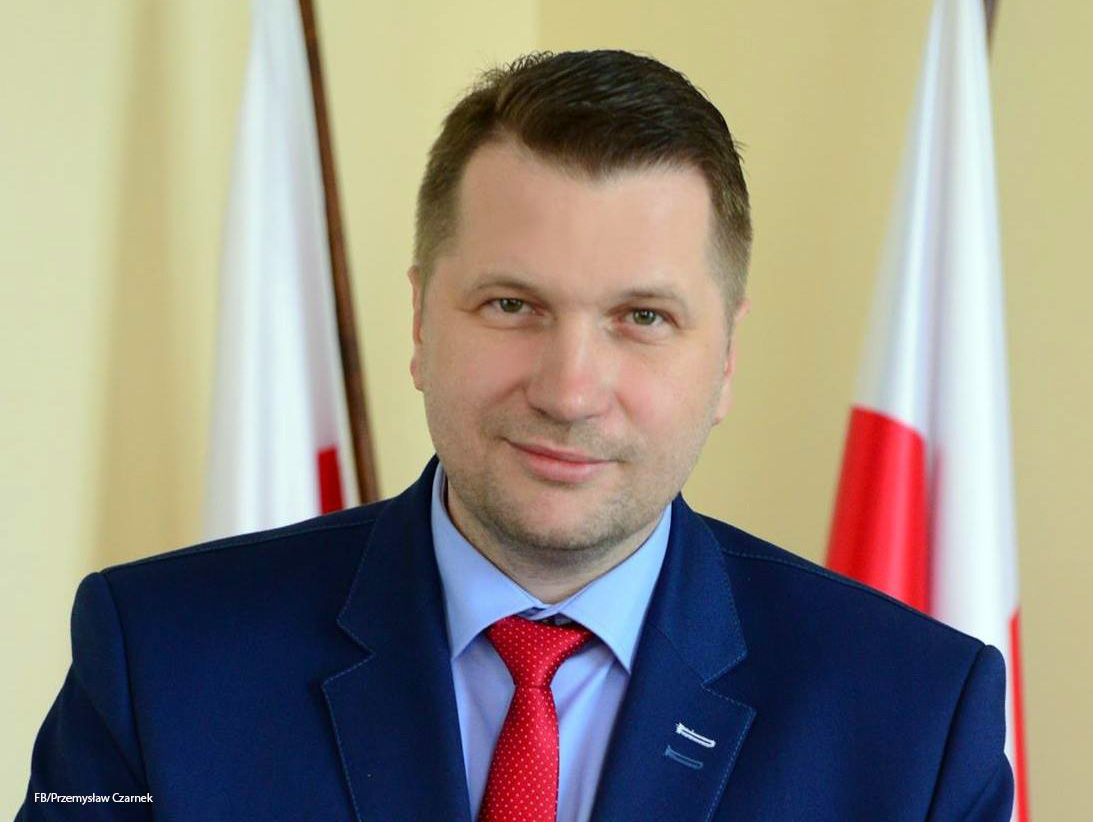 Prof. Przemysław Czarnek, who will take over as minister of education this week, says that he will defend traditional and family values, but denies that he is prejudiced against LGBT people

Czarnek has gone on the record many times expressing his opposition to LGBT ideology. In his interview with Polish news outlet Onet.pl, he denies that he plans to launch a crusade against LGBT people in education.

At the same time, he warns that he has the legal instruments in hand to ensure that no one can attempt to launch a revolution in schools against traditional and family values.

The new minister said that it was not the ruling Law and Justice (PiS) who were waging an ideological offensive., but it was instead the LGBT activists who had mocked religious symbols and practices and even disrupted a march to honor the Warsaw Uprising. Czarnek said he would devote his energy to stopping these types of ideologues.

Czarnek had no sympathy for those who have scrawled the names of LGBT school children who allegedly committed suicide as a result of enduring harassment for their sexual identity on the walls of the ministry of education.

He regarded such actions as “vandalism” and reminded the perpetrators that the building they had defiled had witnessed death and torture during the German occupation. He says he hopes the “vandals” would be found and punished.

Prof. Czarnek pointed out that in Poland sex education was not a subject on its own but formed part of “family life education”. He said that only teachers had a right to teach in schools what is in line with the school curriculum and there was no room for experiments of bringing in “sex educators”.

Czarnek said there was no need for teachers or parents to fear his conservative views. He was no revolutionary agenda, but said he would not be “hiding his views in the closet”.

“A politician comes to office to make his views count,” says the new Polish minister of education.

Czarnek denied he would be turning the school curriculum upside down, but he did admit he wanted to see more emphasis on accentuating positives about Poland’s history and traditions and to get rid of the legacy of shame for Poland’s defeats.

He denied that he would be against texts by authors who had been gay.

“Man’s sexuality is something intimate and private. I do not care about the sexual orientation of any author,” he said. He added that in general he found both heterosexual and gay people exhibiting their sexuality as something indicative of a poor upbringing.

Most Poles believe that parents should be the main source of sexual education for children, according to a survey last year. The country is also known for its conservative values when it comes to issues around sexuality, with the vast majority of Poles saying they are against same-sex marriage, LGBT couples adopting children, and more lenient abortion laws.