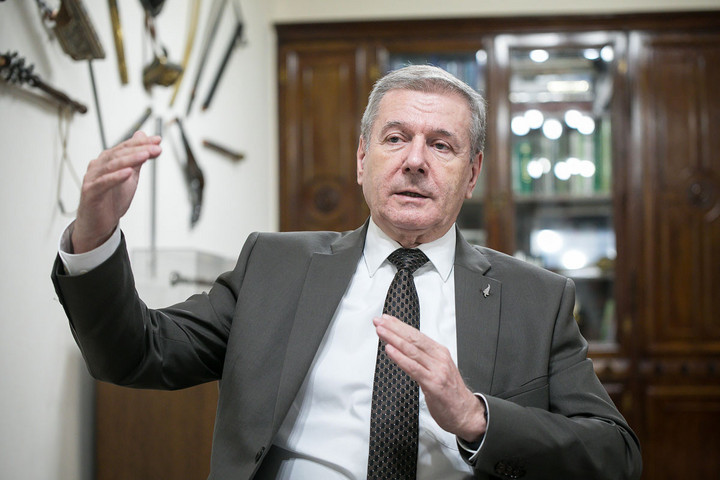 The change in leadership in the United States has had little effect on U.S.-Hungarian military relations, Defense Minister Tibor Benkő told Magyar Hírlap in an interview.

“The new president, Joe Biden, has a completely different view of the role of the United States in the world, including within NATO. But I have to look primarily at my own portfolio,” Benkő said. “Military relations were also excellent and decisive during previous administrations, although we know that there were abundant frictions in politics. The good relationship also existed during Trump’s reign, and I can’t report any negative change now either. Military relations between the United States and Hungary will continue to be strong and decisive.”

Benkő said that while previously the US has been criticizing European NATO members, and Hungary among them, for their insufficient contribution to the alliance’s readiness, that has also changed recently.

“No criticisms have been directed at the level of our military performance, but there is no doubt that they have consistently addressed the lack of progress. In this regard, however, it is worth noting that I recently received a letter from the new US Secretary of Defense detailing how well Hungary is performing in both force development and military cooperation, as well as in performing mission-related tasks,” Benkő said. “He sees we have made great strides, praising the force development program that is coming to fruition. There is not much example of modernization within NATO in such a short time and on such a wide spectrum.”

Regarding the possible expansion of the alliance, Benkő said the fact that some NATO member states advocate Ukraine’s joining the group should not necessarily result in fundamental conflicts. This issue is of particular concern to Hungary, because of Ukraine’s unfair handling of the Hungarian ethnic minority there.

“Cooperation between both the EU and NATO allied nations and states is not the equivalent of anyone in this circle voluntarily relinquishing their own, well-conceived interests. A framework for cooperation taking individual national interests should be found. If someone is applying for NATO or EU membership, a number of conditions must be met,” Benkő said. “We are not protesting Ukraine’s NATO membership because, say, the Ukrainian language law is “only” directed against Hungarians, but because said regulation is incompatible with general human rights and goes against them. In our country, every national minority receives the rights that naturally belong to it. In Ukraine, why is this not feasible?”

Asked about Hungary’s sweeping Zrínyi 2026 armed forces modernization program, Benkő said this county was expanding its time horizon to 2030 and beyond.

“With the National Defense and Armed Forces Development Program, which we announced as Zrínyi 2026, we have launched a general development process, thanks to which the Hungarian Armed Forces will be completely renewed,” Benkő said. “But now we look much further away, to 2030, 2032. Modernization covers every detail, but most of all it focuses on the man himself, the soldier. Social relationship capital, training, the education and reserve system, and the career model are all expanding, growing, evolving.”