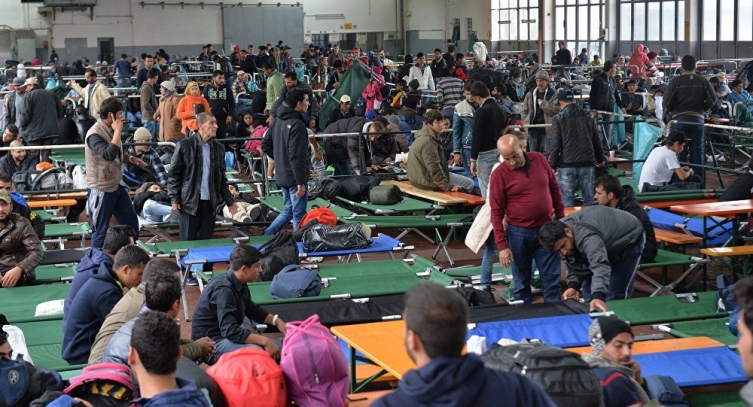 Despite 20 asylum seekers being infected with coronavirus at an asylum reception facility in the German city of Schwerin, the state’s interior minister refuses to implement quarantine measures to prevent a broader spread of the outbreak.

According to the interior ministry, five employees who work at for Malteser Werke, the operator of the facility, have fallen ill with the coronavirus sine the weekend, with three on Tuesday.

NDR reports that another 20 migrants at the facility, located in the German state of Mecklenberg-Vorpommen, have also been infected, with four having already recovered from the virus after being transported to an emergency asylum facility in Parchim.

No migrants have up until now required emergency hospital treatment and all reportedly are experiencing mild symptoms.

Although the migrants’ asylum facility is not under quarantine, workers who came in contact with the 20 infected migrants have been placed in isolation at their homes.

Other migrants inside the facility can still come and go under normal regulations, leading to the potential for additional infections to spread from the facility.

The five infected employees have been isolated in a quarantine at their own homes. They fell ill with the virus despite all employees always being required to wear masks and gloves.

Authorities report that there is currently no clear source of infection that could explain the outbreak.

German authorities reacted differently in March when one migrant tested positive for coronavirus at the Suhl asylum center in Thuringia.

When the center was placed under quarantine, riots started as other migrants tried to break out of the center. Police stated that the migrants threatened to set fires, threw objects at police, used children as human shields, and waved the ISIS flag.

Although police were successful in finally quelling the riots, the incident demonstrated that at least some migrants may react extremely to the prospect of quarantine.

Due to the spread of the disease, the Federal Office for Migration and Refugees has significantly limited conditions for applying for asylum. Any applicant must have a negative coronavirus test result, or spend 14 days in quarantine. The same rules apply to asylum interviews.

Despite a general entry ban in place in Germany, the country makes a controversial exception for asylum seekers. If migrants cross the border and say they are applying for asylum, German authorities must let them enter the country.