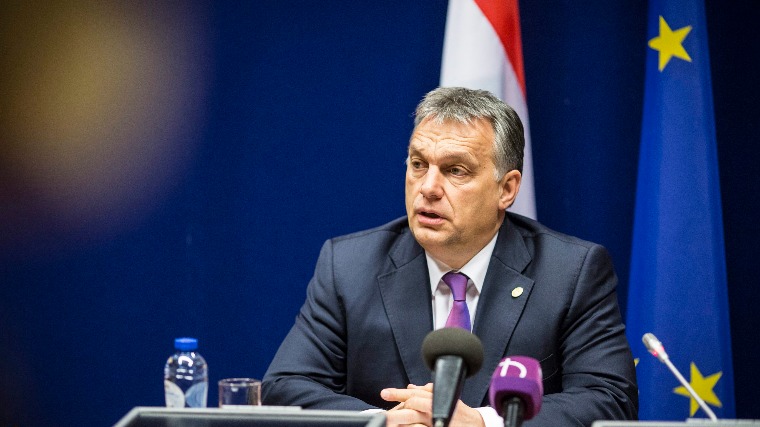 In a sign of how far some political figures are going to attack the Hungarian government, former U.S. Ambassador to the United Nations Susan Rice, who served under the presidency of Barack Obama along with Italian Senator and former Italian Prime Minister Matteo Renzi, have both demanded that Hungary be removed from the European Union

“Kick Hungary out of the EU,” Rice posted on Twitter.

Rice, who was later the National Security Advisor in Obama’s administration, is hardly the only liberal political figure lashing out at Hungary after the government extended emergency powers to fight the coronavirus epidemic.

Tusk, who has consistently attacked the conservative Law and Justice party (PiS) government in his own country, also said that once the pandemic crisis is over, the EPP should seriously consider the exclusion of Fidesz – whose membership is currently suspended.

The Hungarian government has clearly outlined that emergency powers granted during the coronavirus crisis were not only needed to protect the Hungarian people during a rapidly evolving crisis that threatens public health and the global economy, but that the media’s reporting on the issue has been woefully inaccurate.

Government spokesman Zoltán Kovács also replied in a tweet, asking Tusk “How is this ‘morally’ unacceptable to? The HU law has not built ‘a permanent state of emergency’ and it has not been ‘introduced for an indefinite period of time’. They can be lifted at any time by Parliament and will end when the pandemic ends”.

Other politicians also openly called for expelling Hungary from the EU, including former Italian Prime Minister and Florence Senator Matteo Renzi, who said he has long been dreaming of a “United States of Europe”.

The Hungarian government rebuffed claims about the new law, stating that parliament is able to lift the state of emergency “at any time” and that the measures do not dissolve parliament either.

The preamble of the law also clearly outlines that Hungarian parliament may only take necessary emergency measures “to prevent and respond to the human epidemic of COVID-19.” In essence, the powers granted Hungarian Prime Minister Viktor Orbán are meant only to deal with efforts to fight the coronavirus crisis.

According to the law, the government can exercise its extraordinary powers only in relation to the prevention, treatment, and eradication of the harmful effects of the coronavirus epidemic, located in section [2§ (2)].

Furthermore, the law indicates that a two-thirds majority of parliament is still needed if the government wants to pursue laws and decrees that go beyond the Disaster Management Act.

Selective outrage against Hungary during the coronavirus crisis

Many media commentators have also overlooked the fact that Prime Minister Viktor Orbán also has the necessary two-thirds majority in parliament already in place to pass virtually any legislation he wants, including making changes to the constitution. The special powers he has now been granted are designed to allow his government to react more quickly in an emergency and ensure government can still operate if parliament is no longer able to reach quorum.

The focus on Orbán also speaks to the selective outrage demonstrated in Europe during the coronavirus crisis despite many other countries, including Great Britain and France, enacting similar measures.

Many European countries have enacted authoritarian measures, including banning people from forming groups of more than two in public. Many countries have confined people to their homes and tracked their whereabouts through their smartphones.

European governments are taking incredible actions that would never been accepted under normal conditions. Despite this, criticism over civil liberties appears to be focused to a large degree on Hungary, a country that many pro-migration forces across the EU have been working against for years.

These type of political groups, such as the Socialists and Democrats Group in the European Parliament, were attacking Hungary long before the coronavirus crisis but those attacks have now accelerated.

With #COVID19 as a cover, PM Orbán is dismantling democracy in front of our eyes. Is indefinitely ruling by decree or limiting media freedom a measured response? Not in our book.

As guardian of EU values, @EU_Comission has to respond to today’s vote in the Hungarian Parliament. pic.twitter.com/8kpRHarUH8

Despite the campaign against Hungary, the Hungarian people overwhelmingly support the government’s measures.