“Our honor today lies in denouncing the disintegration that is affecting our country,” the open letter reads 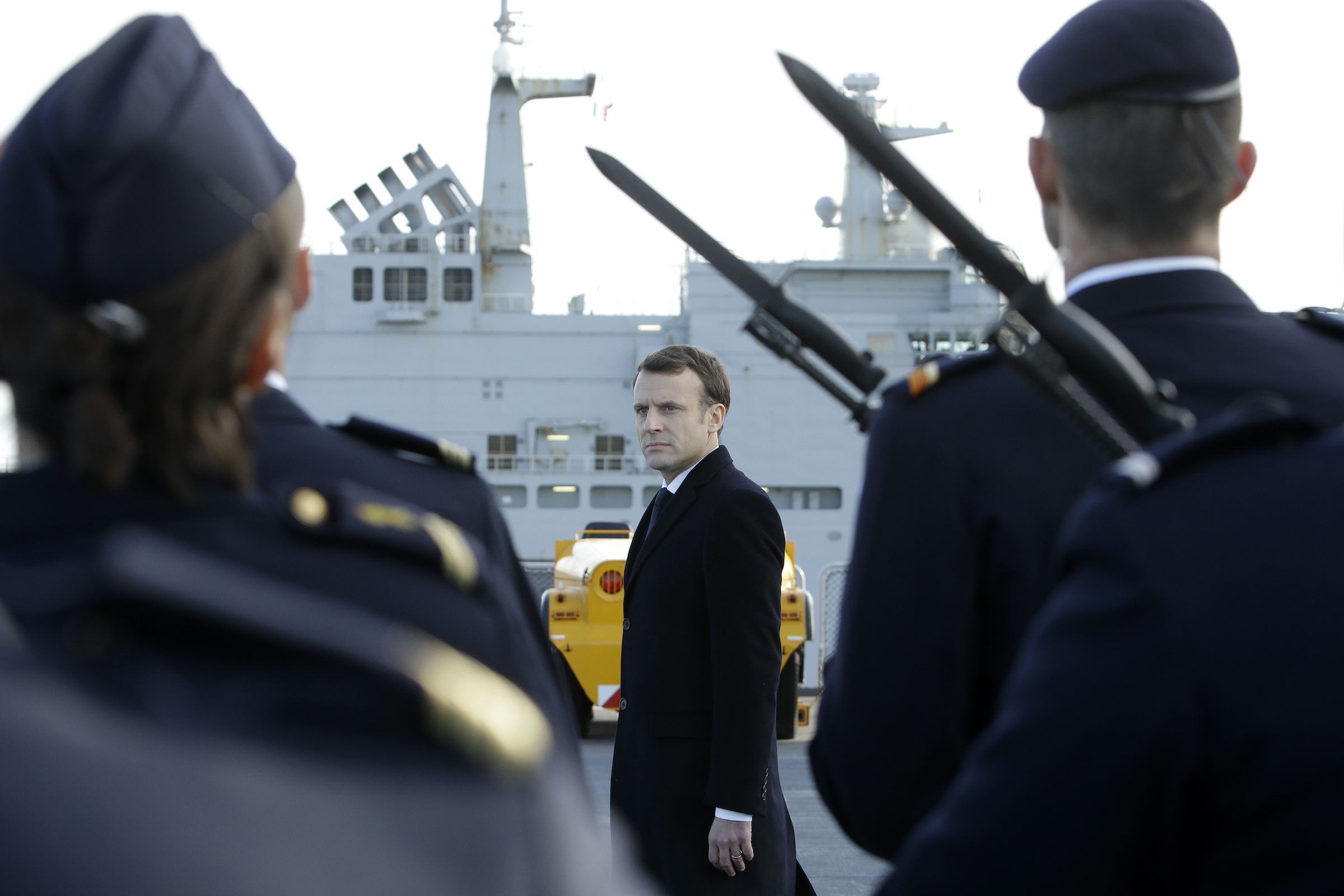 An “open letter to our political rulers” published on April 21 on the website of the conservative weekly Valeurs Actuelles and signed by more than 7,600 retired military personnel, including 26 generals and an admiral, 78 colonels or their navy equivalent and hundreds of officers from the Army, the Air Force, the Navy and the Gendarmerie, warns the French political class of the risk of a civil war if the government fails to take action.

Unlike their active-duty colleagues, retired military personnel are no longer bound by the ban on making their opinions known publicly and can therefore express themselves more freely. That is why the list of signatories apparently does not include active duty officers, although Armed Forces Minister Florence Parly promised on Sunday that this would be checked and sanctions taken if it turns out that active duty soldiers are also among the signatories.

However, more than the warning by members of the military, what seems to send a wave of panic through the government and the left is the reaction of Marine Le Pen, president of the Rassemblement National (National Rally, RN), who called on the signatories of the open letter to join her in her fight.

In their letter, the signatory officers state that “France is in peril”, that “several mortal dangers threaten it”, and that they cannot remain indifferent in the face of the current situation.

“Our honor today lies in denouncing the disintegration that is affecting our country,” they declared.

A disintegration they say is happening in three ways:

“A disintegration which, through a certain anti-racism, is displayed with a single purpose: to create unease and even hatred between communities on our soil. Today, some talk about racialism, indigenism and decolonial theories, but through these terms, it is a racial war that those hateful and fantastical partisans want. They despise our country, its traditions, its culture, and want to see it dissolve by ripping off its past and history.”

A disintegration which, along with Islamism and the suburban hordes, is leading to the detachment of many parts of the nation and transforming them into territories subject to dogmas that are contrary to our constitution.

A disintegration because hatred takes precedence over fraternity during demonstrations where the authorities use the law enforcement forces as a proxy agent and scapegoat in front of French people in yellow vests expressing their despair. This while individuals infilitrating [the demonstrations] wearing balaclavas are ransacking retail outlets and threatening these same law enforcement forces.”

The solutions proposed by the signatory officers would first of all require the French government to “enforce the laws that already exist without complacency”. And they pledge their support to “those politicians who will take into consideration the safeguarding of the nation”.

The signatories of the letter issue a stark warning, writing, “If nothing is done, laxity will continue to spread inexorably in society, ultimately causing an explosion and the intervention of our active comrades in a perilous mission to protect our civilizational values and safeguard our compatriots on the national territory.” This is why, according to them, “it is no longer time to procrastinate. Otherwise, tomorrow, the civil war will put an end to this growing chaos, and the dead, for whom you will bear responsibility, will count in the thousands.”

The day after the publication of this appeal by Valeurs Actuelles, the leader of the National Rally, who — if opinion polls are to be believed — will be Emmanuel Macron’s contender in the second round of the presidential election of 2022, called on those officers to support her: “With the courage of those who have dedicated their lives to their country, you directly question our leaders, whose responsibility you legitimately target, calling on them to recover the lucidity to act and even, you say, ‘the path of honor’.”

Le Pen also pointed the finger at Emmanuel Macron’s direct responsibility for the worsening of France’s disintegration, saying, “The very recent declarations of the President of the Republic on his project to ‘deconstruct the history of France’ show us, in fact, that these damaging deviations do not stem from a moment of madness but from a political orientation driven by fundamentally corrupting ideological considerations.” However, she also asks the signing members of the military to “seek a political solution which must be concretized by a project for a change in power which will have to be confirmed by the vote of the French”.

While the publication of the open letter from the generals was initially met with silence in the mainstream media and among the political class, Le Pen’s appeal caused a wave of panic. After threatening the signatories with sanctions on the evening of Sunday, April 25, Defense Minister Florence Parly published a column in the left-wing newspaper Libération on Monday denouncing in very harsh terms the appeal from thousands of retired military personnel:

France’s defense minister then concludes, without addressing the concerns of the signing officers, that “to politicize the military is an insult to their mission. To want to politicize the armies is to weaken France. Shame on those who, out of self-interest, weaken France. The army of the Republic is at the service of the nation, and of no one else.”

On the same day as Le Pen’s response to the open letter penned by retired high ranking officers, a Muslim terrorist who arrived illegally from Tunisia in 2009 murdered a policewoman in Rambouillet, near Paris, shouting “Allahu Akbar” during the act. That murder brought the number of people killed by Islamic terrorists in France since 2012 to 271. While in the center-right party Les Républicains (LR) is increasingly starting to see a direct link between immigration, Islamization and terrorism, the left-wing minister of justice, Éric Dupond-Moretti, answered to Le Pen in these words: “What cynicism, what indignity, what ignominy there is in trying to exploit this tragedy for your own benefit only two hours after the crime.”

Before being appointed to Jean Castex’ government by Emmanuel Macron, Dupont-Moretti, as a lawyer who had defended Muslim terrorists in French courts, was in favor of banning Le Pen’s party.

Macron’s government appears to be making every effort to reject the letter of the generals and officers, as is the left and the far left, whose representatives have for example declared:

Yet, the warning from those hundreds of retired officers (and not just 20 generals, as Minister Florence Parly claimed) has strong parallels with the recent warning from General Pierre de Villiers, Chief of Staff of the Armed Forces until 2017. Last December, General Pierre de Villiers was the latest of a series of top officials in France who had warned against a looming civil war due to mass immigration. The list of those top officials includes President Emmanuel Macron and his predecessor François Hollande, and also Macron’s first interior minister Gérard Collomb.

In an interview with Le Parisien published on Dec. 5, General de Villiers said that he fears France “could fall slowly or very rapidly” into a “civil war” that could be ignited by “a spark like in 1789”. This time, however, problems are of a different nature. They are linked to the fact that France has become a country where “a teacher gets beheaded in front of a middle school and three persons are assassinated while praying in a church.” According to de Villiers, it will take “three, four, or five generations” to solve France’s problems with its migrant population and “win back those 20-year-olds who hate France, and who are close to the local kingpins or the Salafist.”

Some senior officers have sometimes spoken up in their role and voiced alarm even while still in the active military, which was the case of General Bertrand Soubelet, who was dismissed of his function as head of the Overseas Gendarmerie Command at the beginning of 2017 after the publication of his book “Tout ce qu’il ne faut pas dire” (Everything you must not say). In that book, the gendarmerie general said he feared a civil war caused by mass immigration, the rise of radical Islam and the proliferation of lawless no-go areas due to the authorities’ laxity.

The gendarmerie in France is not only part of the army, it is in charge of the same tasks as the police on large portions of territory. It was after holding various command positions in the field and then at the Directorate General of the National Gendarmerie that General Soubelet wrote in 2016:

“Calls to hatred by some imams on French territory, websites calling for jihad and the number of young people receptive to such messages already plunged us into horror in January 2015. Abomination struck our country again in November. And we fear — and rightly so — an even more dramatic future.

The suburbs of our big cities, where too many young people are left to their own devices, often poorly educated, sometimes dropping out of school, with no prospects for the future, are reservoirs of rebels. It is in that pool of rebellious, misguided children who have lost their way and are in need of guidance that the jihad does its business.

We are living on a powder keg, because those delinquents, those potential killers, have an almost inexhaustible source of instruments of death: in the large urban areas of France, there are stocks of illicit weapons which are the remnants of the wars in Central Europe [in the Balkans]. What frightens us, the gendarmes, is that those stocks of weapons, which are lying dormant at the moment, will one day get into the hands of determined and organized people. ”

Despite the warnings from top officials in law enforcement and the military, the French government, dating back for years, has continuously ignored the societal threats that are reflected in France’s growing murder rate, increasing attacks against police, women facing harassment and assualt in migrant neighborhoods, and a plethora of terrorist attacks. With the government unable to address the various crises, and with tensions worsening through Emmanuel Macron’s lax policies that keep immigrants arriving in France at a record rate of more than 400,000 a year, France is also taking the risk of destabilizing borderless Europe.

How much time is there left to stop this process? Valeurs Actuelles asked Interior Minister Gérard Collomb, a formerly pro-immigration Socialist, in February 2018. Collomb’s answer was “It is hard to assess, but I would say that within five years the situation could become irreversible. Yes, we have five or six years left to avoid the worst.”

If he was right, then France now has only two to three years left to avoid the worst, which may account for why these French generals chose now to address an open letter to their political rulers.