PM Morawiecki to Trzaskowski: What have you done to prevent Arriva road accidents in Warsaw?

A second Arriva bus accident has taken place in Warsaw 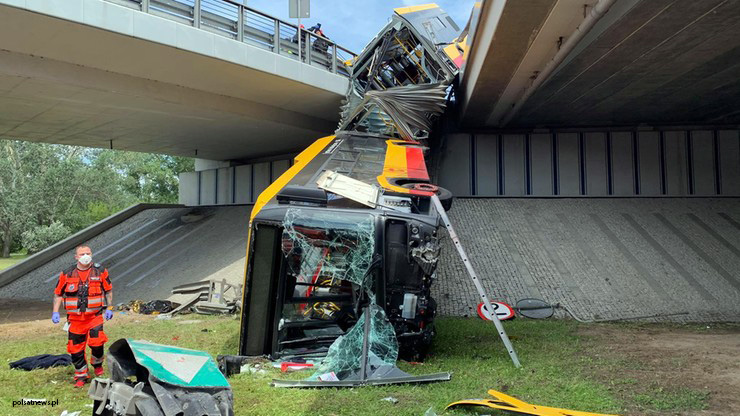 Prime Minister Mateusz Morawiecki has highlighted the recent Arriva bus accident in Warsaw on social media, where he questioned Rafał Trzaskowski’s decision-making as mayor of the city:

“We make mistakes in different areas. The art of governance is the skill of drawing conclusions. Mr. Trzaskowski, what safety measures and security, what did you do to prevent these accidents? Has the German-owned Arriva introduced a recovery plan? One should answer questions such as these.”

On Tuesday morning, in Warsaw, a bus driver rammed into four parked cars and a street lamp. One passenger was taken to hospital.

According to Warsaw Police, the driver was not intoxicated but was under the influence of methamphetamine and was therefore detained by officers.

ZTM’s spokesman Tomasz Kunert has also informed that ZTM is considering terminating its agreement with Arriva for their services.

Arriva spokeswoman Joanna Parzniewska stated that the company has decided to enforce tests for drug presence among all of their drivers.

This is the second such incident concerning a driver under the influence of methamphetamine, who works for Arriva, within a month.

On June 25, another driver caused an accident on a bridge, in which one passenger died and four were in a critical condition. The driver was arrested.

Arriva is not an ordinary foreign company. It is part of the larger Deutsche Bahn (DB) conglomerate, whose owner is the German Federal Republic.

DB also has personal connections with the German government – the director general of the company for infrastructure is Ronald Pofallia, who used to be the Christian Democratic Union (CDU) secretary general between 2006 and 2009 and the minister for extraordinary affairs in Angela Merkel’s government from 2009 – 2013.