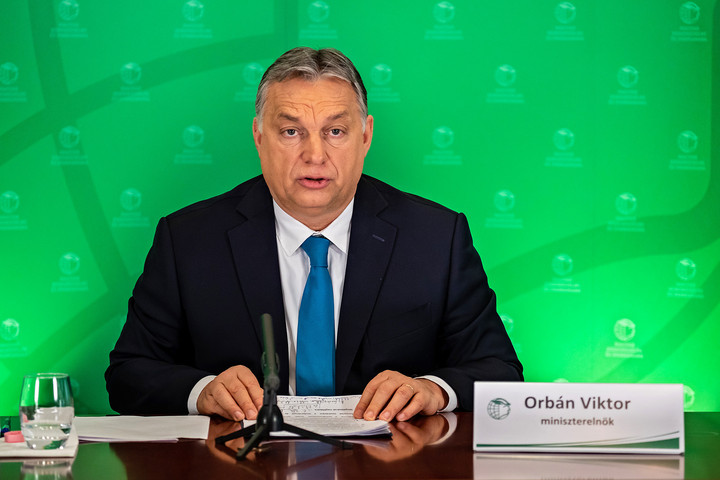 After successfully fighting off the most dire economic consequences of the coronavirus pandemic last year, Hungary is now launching a new economic recovery program, Prime Minister Viktor Orbán said on Thursday at an online conference organized by the Hungarian Industry and Trade Chamber (MKIK).

Orbán said that before the epidemic, the Hungarian economy reached record heights, but the crisis caused by the current crisis gave the economy a “big punch to the gut” and put Hungary and other nations on the defensive.

Orbán took stock of the economic protection action plan that had already been completed, which he said had achieved its goal of retaining jobs, as in December 2020 as many people had already worked as before the epidemic in December 2019. The number of employees has reached 4.5 million again, he stressed, adding that unemployment is the third lowest in the EU.

Among the tools of the economic protection action plan, Orbán mentioned the introduction of a credit moratorium, which left 3,000 billion forints in the pockets of families and entrepreneurs, as well as providing wage subsidies in the sectors worst-hit by the pandemic. He said that in these cases, the social contribution tax was waived and the business tax was halved, as well as investment support given to 1,434 Hungarian companies, which helped retain 280,000 jobs and create tens of thousands.

“The government has resisted the temptation to return to an aid-based economy in times of crisis,” Orbán said. In his presentation, he called the system of restrictions imposed due to the coronavirus epidemic as “stable”. While crisis management in Western Europe consists of periodic easing and periodic austerity, which can claim the lives of many hundreds of people due to economic swings, the Hungarian system has been based on commonly agreed restrictions since November, according to the summer national consultation, Orbán said.

He also enumerated the main points of last year’s economy protection plan that are in place: