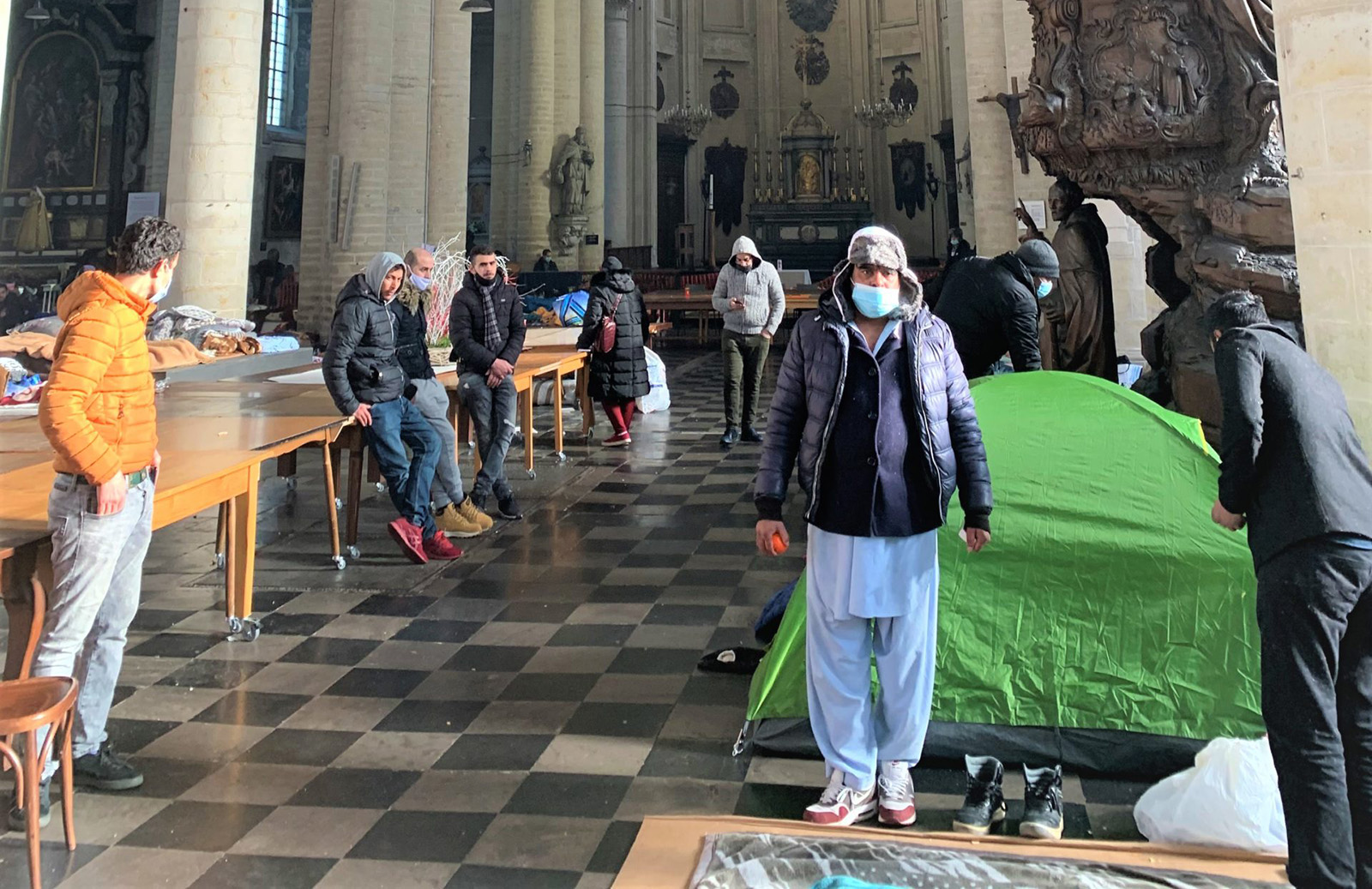 Migrant squatters have once occupied the St. John the Baptist Church in downtown Brussels as they have many times in the past, demanding direct negotiations with the Belgian federal government, Hungarian newspaper Magyar Nemzet correspondent Tamara Judi reports.

The church, just meters from Sainte-Catherine Square in Brussels, has been the location of amazing scenes for days. The Catholic church, erected in the 17th century, was occupied by nearly 150 immigrants staying in Belgium illegally who wanted to negotiate directly with the federal Belgian government in order to stay in Europe.

While visiting the site, Magyar Nemzet spoke to one of the security guards currently guarding the church, who said that the migrants had no intention to leave, and as they were in “God’s house”, they occupied the church in the belief that they were untouchable by the police.

“The pope is constantly mentioned,” the guard told Magyar Nemzet. This guard was posted there because he speaks excellent Arabic and English in addition to French. He also recounted that in recent days, the space in front of the place of prayer has become the scene of physical clashes. From time to time, other migrant groups appear, which also claim a place in the already full “protected” place of worship, which can lead to conflict between the different migrant groups competing for limited space.

As he puts it, security t the site is also aware that another attack was likely to be expected on Friday night, which meant they increased guards at the holy place.

The correspondent from Magyar Nemzet also wrote that police cars kept circling around the area as well.

Getting to the church is not an easy task either, as journalists have been warned that the occupiers of the building do not like to be photographed by members of the press. There are sleeping bags and mattresses on the floor, making it nearly impossible not to step on someone else’s bed.

Others set up tents in the church and spend their time chatting with their neighbors or lying on mattresses while they stay glued to their smartphones. The church is such a symbolic and significant place in the Belgian immigrant community that it has been occupied several times in recent decades, not least because the parish priest regularly supports them.

The most famous case occurred in 1998 after the death of a Nigerian immigrant, Semira Adamu, in police custody, prompting a group of migrants to protest. This group occupied the church and lived there for nearly four months. Following her death, the then Belgian Federal Minister of the Interior was forced to resign.