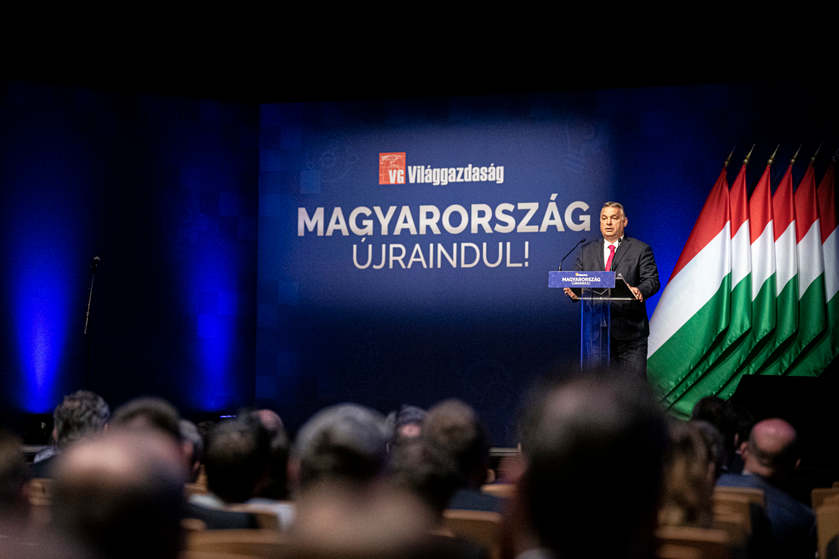 If the country’s economic performance this year is strong enough, the state will refund the income tax for families with children early next year, Prime Minister Viktor Orbán said at a Budapest economic conference on Wednesday.

If economic growth reaches 5.5 percent, families with children will get their paid personal income tax back in early 2022 to replenish their reserves spent in the crisis, Orbán said at the conference organized by daily Világgazdaság.

This measure would cost the central budget 550 billion to 580 billion forints (€1.59 billion to €1.67 billion). The prime minister stressed that the richest do not need this, so a limit should be set at the level of the average income.

At the event, Orbán also announced that a new low-cost loan will help small and medium-sized businesses in the future. He also talked about the fact that the goal is a minimum wage of 200,000 forints (€577) compared with the current 167,000 forints.

Orbán also spoke about the fact that crisis management cannot be done in a normative way. He also announced that the country, in addition to the one handling the coronavirus pandemic, will set up two new operative groups: one responsible for restarting the economy and one for restarting social life. The former will be led by Minister of Foreign Affairs and Trade Péter Szijjártó, while the latter will be led by Minister for Families Katalin Novák.

The prime minister also said that the most important issue now is what economic growth could be this year. Very high numbers have been predicted, but he says the issue must be handled with caution. This is also why the moratorium on corporate loan repayments has been extended until September, as they want to implement a cautious exit scenario.

A very important question is what to do with the large budget deficit, Orbán said. The deficit was 8.2 percent of the GDP last year and is projected to come in at 7 percent this year and 5.9 percent next year.

Orbán said it is not feasible to reduce the deficit to the 3 percent Maastricht level next year, even though the central bank wants it to. Later, however, the level may decrease, and in the long run, the goal is to have no budget deficit at all.