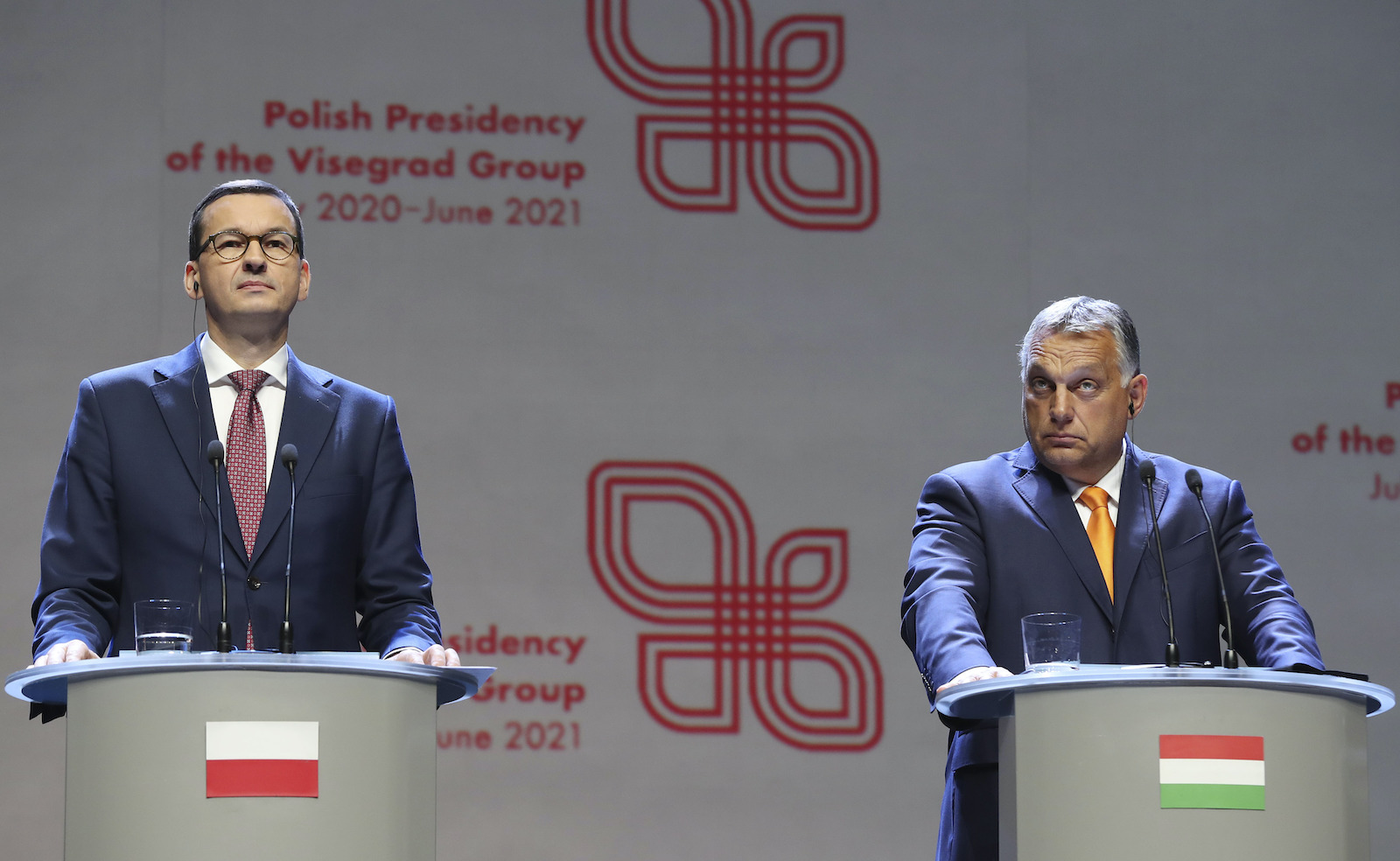 Due to the European Union’s decision to tie the distribution of EU budgetary and recovery package payments to political criteria, Hungary will veto both of those, Prime Minister Viktor Orbán wrote in a letter to the top leaders of the EU on Monday.

Orbán made the announcement shortly after member states’ ambassadors to the EU approved with an overwhelming majority on Monday a mechanism that would allow a majority of EU member states to penalize any member state which does not observe the rule of law. The only two countries opposed to the measure were Hungary and Poland.

“We have just been informed about the latest developments regarding the state of implementation of the MFF / NGEU package [the Multiannual Financial Framework and the Next Generation EU Recovery Instrument],” Orbán wrote.

In his letter, the prime minister confirmed that, in accordance with the principle of, “There is no agreement on anything as long as there is no agreement on everything”, the Hungarian government will vote against all elements of the MFF / NGEU legislative package, including vetoes requiring unanimity, such as the MFF regulation.

Orbán’s press secretary, Bertalan Havasi, emphasized that Orbán had previously pointed out that such a move jeopardized trust between member states, as well as Hungary’s interests, if the next seven-year budget and the emergency recovery package were subject to conditions that do not specify what the alleged infringement is and “may arbitrarily lead to a policy-based budget sanction using a double standard”.

Common values, including the rule of law, are fundamental to Hungary, and their enforcement and application must be judged by the Hungarian people, who are just as capable as any other European nation, Havasi said.

While a Hungarian and Polish veto will not block the operations of the European Union — in the absence of a new budget, the previous budget’s figures be the automatic default — and it will entirely block the €750 million NGEU or coronavirus recovery package. As some member states — including Italy, the biggest single recipient with €209 billion — sorely need the money to shore up their economies, a veto threat may lead to the EU to back down from its current strategy.

Government spokesman Zoltán Kovács tweeted that the responsibility is now on those member states who have altered the original agreement reached at the July EU summit, during which Hungary made clear its position that it will not agree to political criteria for the distribution of EU funds.

“Whether a Hungarian veto could lead to a crisis? I repeat: The burden of responsibility rests with those who have given rise to this situation in spite of HU’s well-articulated stance” Kovács wrote.

2/2 Whether a Hungarian veto could lead to a crisis? I repeat: The burden of responsibility rests with those who have given rise to this situation in spite of HU's well-articulated stance.

The leaders of EU member states are scheduled to have a video conference this Thursday, with the original agenda being the coronavirus pandemic, but analysts expect that the two budget issues will take precedence.