The values Orbán does not respect are those of the left, says Zemmour 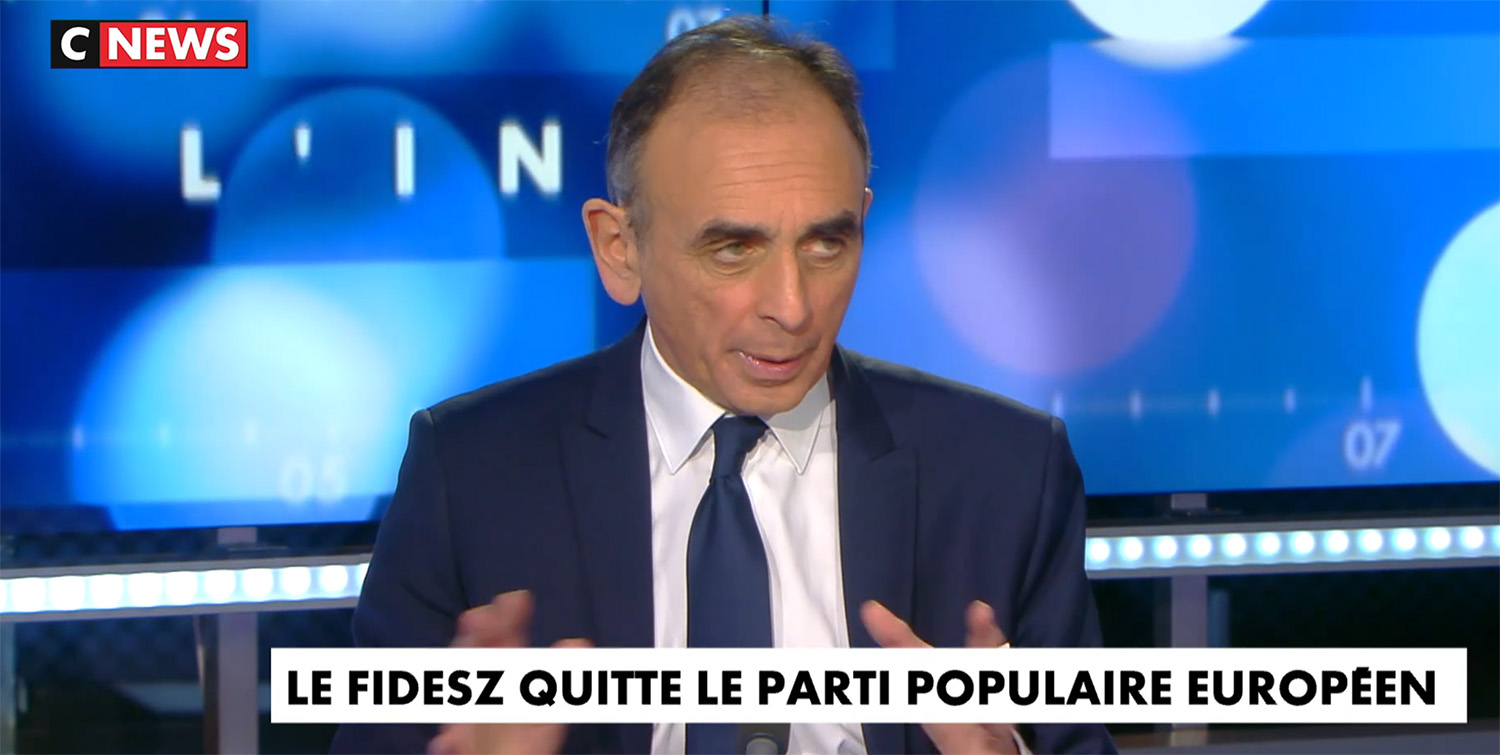 Zemmour was speaking the day after Hungary’s ruling conservative Fidesz party left the European People’s Party (EPP) European parliamentary group on March 3. On that day, Fidesz Vice-President Katalin Novák posted on Facebook that “we will not let our MEPs be silenced or limited in their capacity to represent our voters. Tackling the pandemic and saving lives remains our number one priority. Therefore, following the adoption of the new rules in the EPP Group, Fidesz has decided to leave the group.”

Zemmour said that while the majority of the EPP, which launched a crusade against Fidesz almost two years ago was accusing, Orbán’s party of betraying traditional European values, this claim couldn’t be further from the truth.

“I think Orbán is rather defending the European civilization by fighting against the invasion from the South, (more) than the European Commission which is open to immigration.”

“While in the past the German Christian-Democrats were a kind of balancing force between the EPP’s political platforms, but in recent years they have made concessions to the Socialists,” Zemmour said. “This resulted in changes of the EPP’s statute that would have facilitated the expulsion of Orbán. As I said, he anticipated the move and preferred to stay ahead of it.”