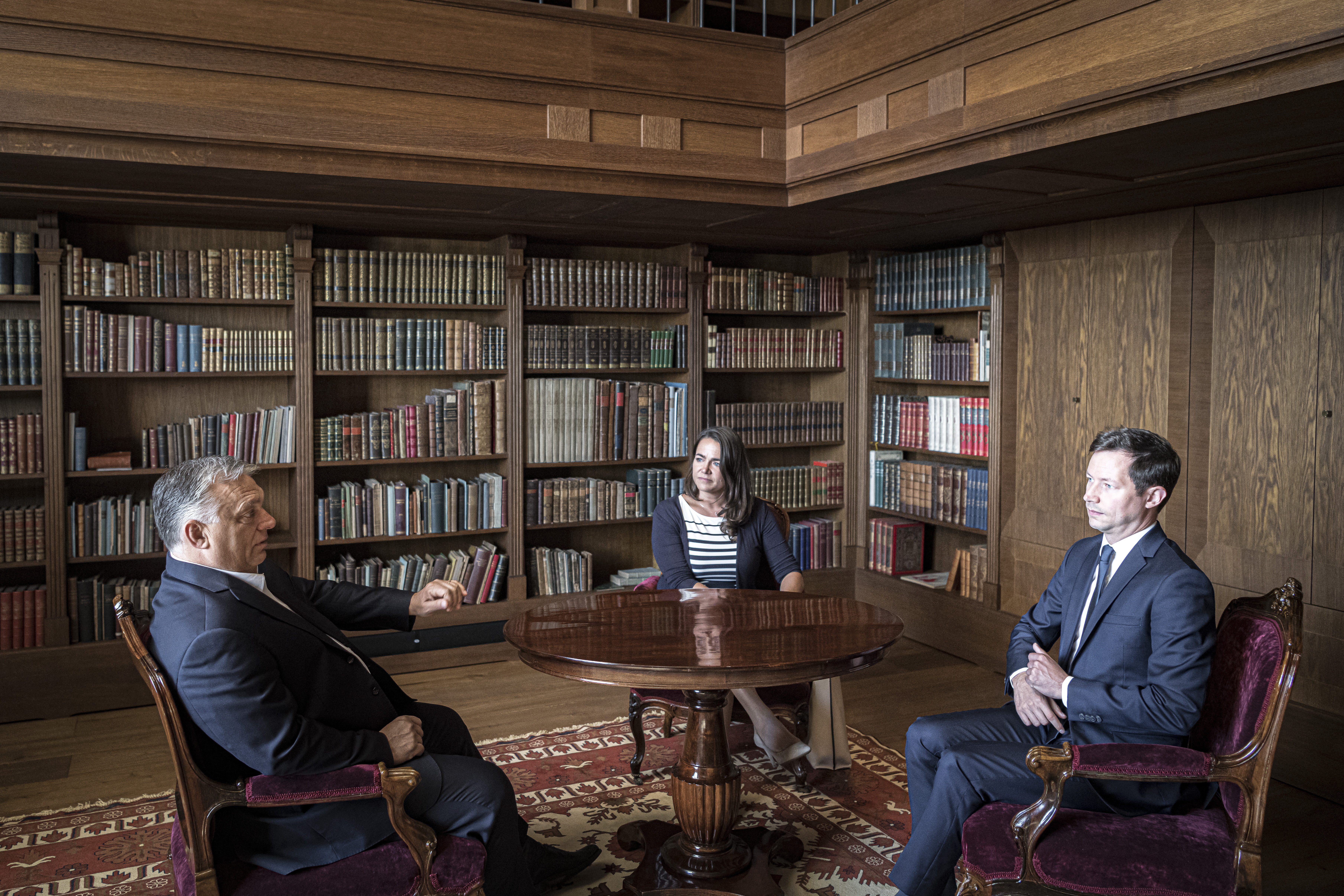 Hungarian Prime Minister Viktor Orbán met French MEP François-Xavier Bellamy in his office on Tuesday, the day before the innovative “Europe Uncensored” live video conference today of three regional leaders which aims to give a wider audience access to their unfiltered thoughts.

Bellamy (34), leader of the French Republicans’ MEP group will be the moderator of the conference during which Orbán and the two other regional leaders, Serbian President Aleksandar Vučić and Slovenian Prime Minister Janez Janša will all speak in English, in order to avoid any potential distortion or loss of their message due to translation.

The topics of the conference will include but will not be limited to long-term issues of the region and Europe at large such as demographics, immigration, sovereignty and national identity. The conference is also of particular interest because it includes two leaders whose countries (Hungary and Slovenia) have joined the European Union in the first eastward enlargement wave of the bloc in 2004 and Serbia, which became a candidate for membership in 2011 and is currently expected to complete accession negotiations by 2024 and become a full member of the group in 2026.

Orbán has good political and personal relations with the other two leaders and is a firm supporter of Serbia’s membership ambitions, but also that of the inclusion of the Western Balkan countries of North Macedonia and Albania, whose EU membership he sees as a security guarantee for the entire region.

The conference will probably also touch upon the European Union’s two most topical financial issues: the 2021-2027 budget of the group and the €750 billion economic recovery package. About the latter, Orbán previously said that while Hungary in principle supports the idea, the plan must be rid of inequities such as the poorer member states financing the more affluent.

The moderator of the conference, Bellamy is besides his political career also a philosopher, whose first book, Les déshérités ou l’urgence de transmettre (The underprivileged or the urgency to transmit) has won the Prix d’Aumale of the French Academy in 2014. He is also the deputy mayor of Versailles for employment, youth and higher education.