PM Orbán: The last decade was Hungary’s most successful in the last 100 years 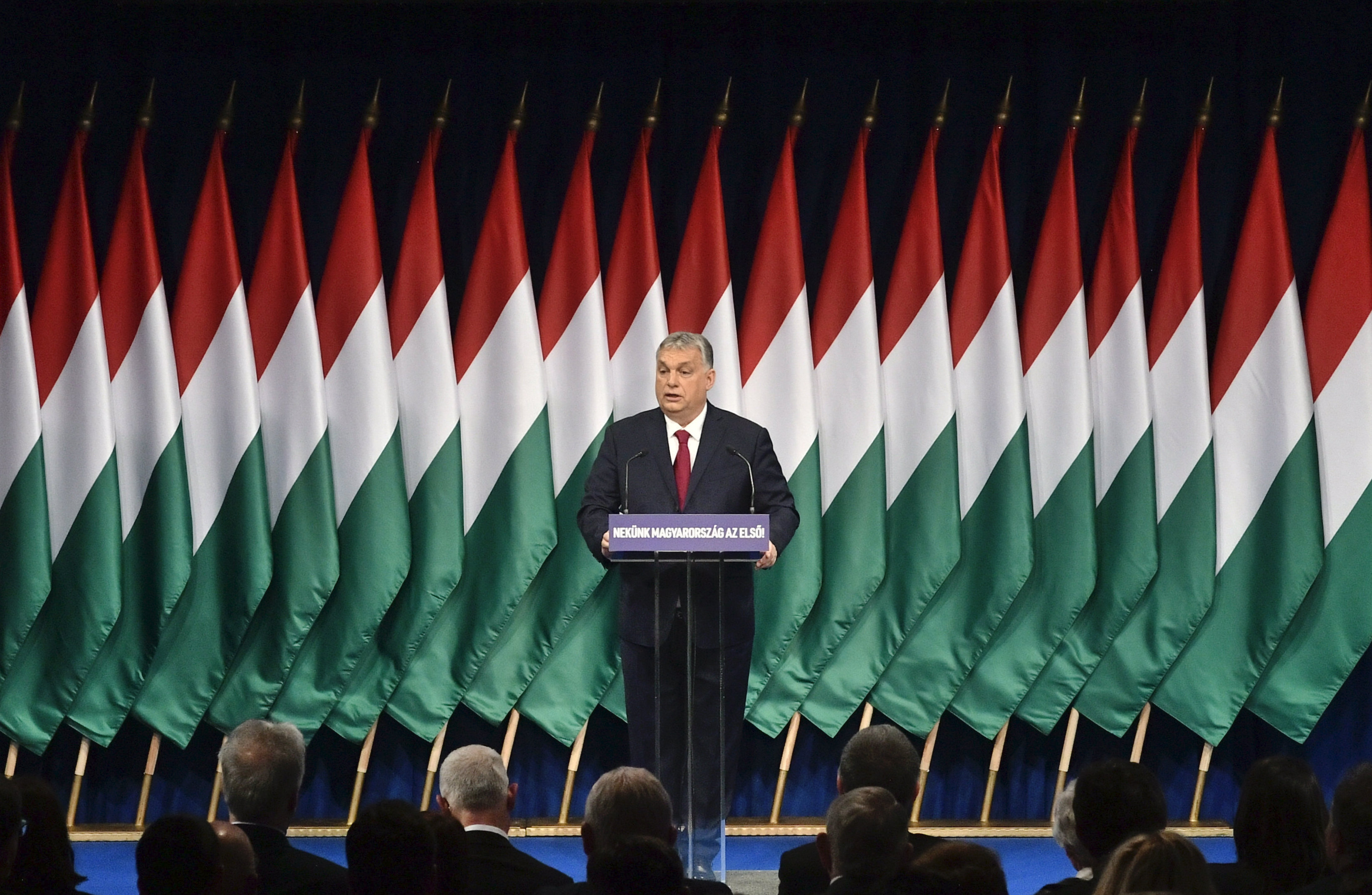 The last ten years have been Hungary’s most successful in a century, Prime Minister Viktor Orbán said at his annual State of the Nation address, in which he also outlined the most important domestic and international tasks ahead.

“The facts show that the last ten years were the most successful ten years in Hungary’s last 100 years,” Orbán said, noting that the country has managed to survive and overcome the trauma of the Trianon Treaty 100 years ago, which saw Hungary lose two-thirds of territory and almost 70 percent of its population to neighboring countries.

Orbán said the “judgment was clearly a death sentence,” and added that “history has not recorded a nation that has survived such a loss of blood.”

“Not only are we alive, but we have also freed ourselves from the clutches of a hostile ring of countries,” Orbán said, adding that Hungary was now finding common ground with neighboring Slovakia, Serbia, Croatia and Slovenia, and was in a position to engage in broad cooperation and form alliances with them.

“History has again given central European peoples a chance to build a new alliance based on their own national interests, allowing us to defend ourselves against threats from both the east and the west,” Orbán said.

Orbán also stressed that Hungary has regained its self-esteem built by choosing an independent path.

“The path set by Brussels and Washington was unacceptable for us.” said the prime minister. As a result, “we figured that we would either find a path or create one for ourselves.”

Related to Hungary achieving a measure of independence was the country’s ability to fend off pressure from pro-migrant forces in the EU.

“In 2015, human trafficking groups disguised as human rights organizations allowed waves of migrants into Europe,” said Orbán. Hungary was one of the strongest voices against mass migration.

Hungary has achieved a sustainable economy

When going into details of the achievements over the past ten years, Orbán said it has been the only decade in a century where the country managed to keep its economy on a balanced path while also maintaining sustainable growth.

Orbán cited an average GDP growth rate of 2.8 percent since 2010, investment in families, a cut in taxes, and a record-high amount of foreign investment last year valued at 1.7 trillion forints.

Hungary achieved all this while keeping wealth inequality at a moderate level compared to other EU states and emphasized that a broader spectrum of its society had benefited from the country’s growth.

Orbán pointed to the dire state of the Hungarian economy when he came to power, with the prime minister saying it was the liberal policies implemented by a government of former communists that led to an economic breakdown.

“The liberal is nothing other than a communist with a diploma,” Orbán said.

In a general overview of the economy, Orbán said that faced with a stalled economy in the EU member states which are its major trading partners, Hungary managed to maintain 5-percent economic growth. He said that one of the most important tasks ahead was to keep the jobs the country managed to create in the past ten years.

For that, he pledged to cut taxes on labor and small enterprises, while also keeping an eye on maintaining the real value of pensions.

Touching upon climate policy, a topic that has recently become “fashionable,” PM Orbán said that if we are “really concerned for the Earth, then it’s time we replace words with action.” Hungary, for example, will eradicate illegal dumping of waste beginning in July, prohibit the use of single-use plastics and protect our rivers from plastics flowing in from other countries. Also, PM Orbán announced that “with every new birth, we will plant ten trees.”

Due to the Hungarian government’s pro-family plan, Google Analytics has shown that “loans for families expecting babies” has become the tenth most popular search term in the country. Orbán touted the fact that 100,000 Hungarians have taken advantage of the loan offering.

There are other signs that Hungary’s demographic decline is turning around, including the ten new preschools being created every working day and data that shows seven-set family vehicle sales are up, which are subsidized by the Hungarian government.

The personal income tax exemptions for mother with four children have also been used by 40,000 families, offering a real incentive for families to have more children.

“The number of marriages is at a peak; the number of divorces has never been so low,” the prime minister stated.

From a pro-life perspective, the number of abortions has also dropped in Hungary.

The Hungarian government has made it a priority to reduce climate emissions and implement a broad range of policies to improve the environment.

Orbán spoke at length about the government’s climate protection plan, which has the target to make 90 percent of the country’s electricity generation emission-neutral by 2030.

The main points of the plan are as follows:

“The performance is that of the nation and the responsibility lies with the government.”