LGBT activists detained for attempting to prevent the arrest of “Margot”, a trans person wanted by police for assaulting a pro-life activist 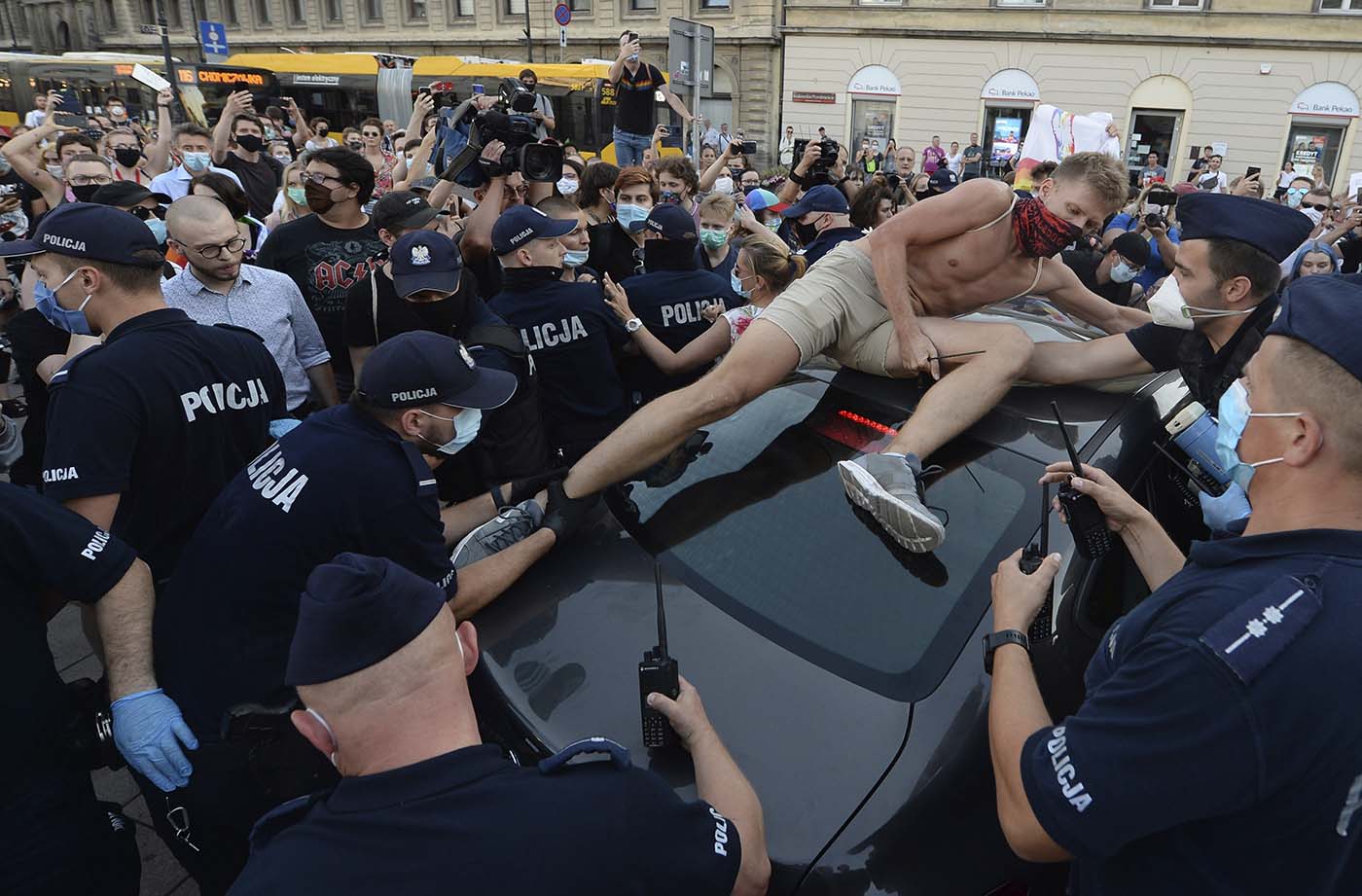 LGBT activists clashed with police in Warsaw on Friday when attempting to stop the court-sanctioned arrest of “Margot”, who identifies as a trans.

Police stopped and charged 48 people with causing a disturbance of the peace, with five facing other more serious charges such as assault on a police officer. The spokesman for Warsaw police Sylwester Marczak informed that all the individuals who have been charged have been released from police stations, according to RMF24.

The arrest of “Margot”, who is a man who identifies as a woman, was made in response to an arrest warrant approved by a Warsaw court.

The individual is charged with a brutal assault on a pro-life activist and with causing $1,500 worth of damage to a van driven by the man who was assaulted. The driver was injured in the incident as the assailant tried to prevent him from recording the assault on the van. LGBT activists have claimed that the van was broadcasting “offensive anti-homophobic” messages.

Clips were uploaded to Twitter showing “Margot”, who was identified as the suspect in glasses, fighting with pro-life activists.

Transsexual LGBTQIA+ activist #Margot (seen in glasses at 0:11-0:14) who physically assaulted a pro-life activist & vandalized his truck has been placed in jail for 2 months.LGBTQ-organizations now prepare riots& all leftist politicians say “dictatorship” pic.twitter.com/TYbUnuvfyJ

A Warsaw court on Friday approved an arrest warrant for “Margot” to be held for two months. The trans activist had originally been released on bail after being charged, but the public prosecutor appealed against the decision on the grounds that “Margot” was facing a potential 5-year sentence, which made her a flight risk.

The police tried to make the arrest at the headquarters of a pro-LGBT group but backed off after seeing a crowd.

When police moved in to arrest “Margot” later that day, a group of LGBT activists tried to prevent the police vehicle from leaving the scene of the arrest by blocking the road. The demonstrators clashed with the police as the officers went about clearing the road.

The police uploaded a video clip of the Friday riots:

The demonstrators with rainbow flags chanted “fascist police” and “If you lock us up, others will take our place”.

According to the police spokesman, the demonstrators were behaving aggressively and the police took action against the most active perpetrators.

Demonstrators accused the police of using excessive force, including chokeholds against some demonstrators. They said they were grateful for the presence of some MPs, claiming the police were less aggressive because politicians were at the scene.

Title Image: An activist climbs onto a police car to protest the detention of an LGBT activist in Warsaw, Poland, on Friday, August 7, 2020.