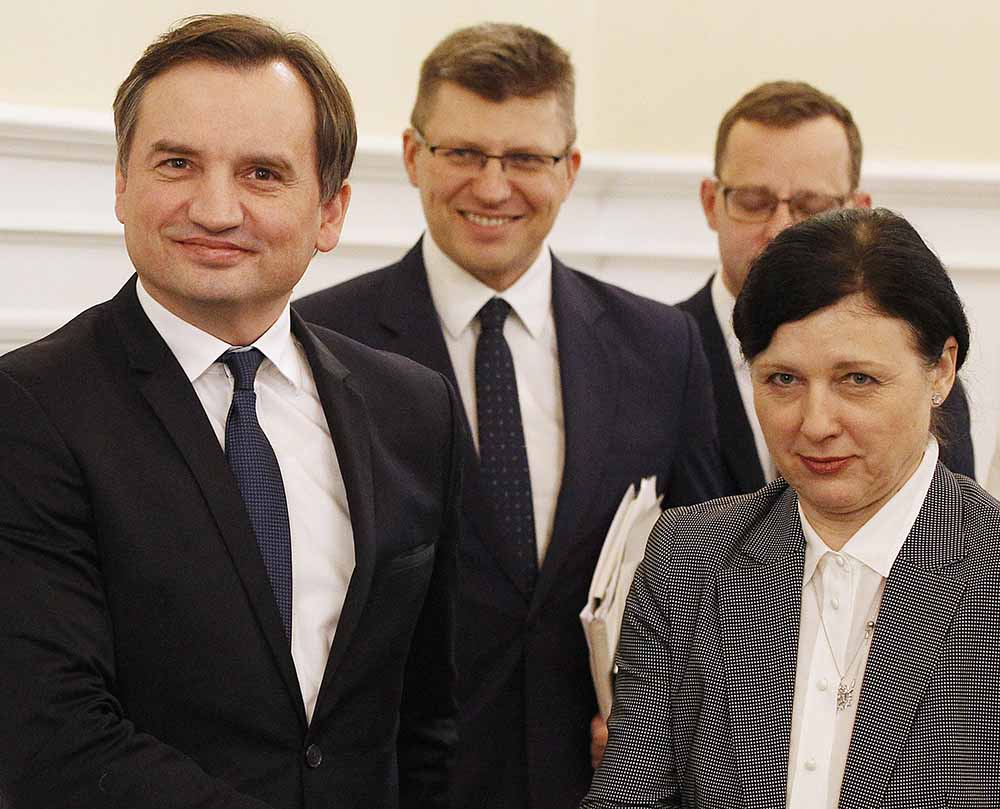 Poland and Hungary have agreed to a united front against any attempt from the European Commission to limit EU funding to the two states, with their joint position hatched out following discussions between Polish Justice Minister Zbigniew Ziobro and Hungarian Justice Minister Judith Varga, according to unofficial sources.

The main topic of the two allies’ discussions were centered around plans in the works by the European Commission to possibly suspend or limit payments from the EU’s budget to member states while evaluating so-called rule of law standards, according to a report from Polish news outlet niezalezna.pl.

In the proposals for the 2021-2027 EU budget, the European Commission maintained its goal of connecting payments from the EU’s budget with abiding with rule of law, which Hungary and Poland have contended is not an objective standard and unevenly applied by a number of Western European politicians who are politically aligned against both countries, and in some cases, have clear ties to billionaire financier George Soros.

Soros has recently expressed fears that Poland and Hungary could gain more sovereignty within the EU and has a long history of opposing conservative forces in Central Europe, particularly those that reject mass migration.

Previously, European Commission Vice President Vera Jourova declared that she will do everything she can to have payments from the new EU budget be dependent on fulfilling rule of law norms. While previously serving as the EU’s justice minister, Jourova was already seeking to link rule of law to funding of poorer nations in Europe in 2017, underlining that the plan has been in the works for some time. Poland also expressed its opposition to such a plan from the outset.

Justice ministers Varga and Ziobro agreed that such a solution would require new EU treaties, and believe that such an aggressive proposal would infringe treaties which bind all member states and EU institutions, as it would give Brussels competencies beyond those that were written in the founding documents and subsequent treaties.

The ministers stressed that making EU funds dependent on evaluation of the rule of law would limit the rights of member states. In their opinion, such solutions would permit arbitrary and politically motivated actions.

Both of them agreed that Poland and Hungary’s past experience with the EU have demonstrated that actions taken against their countries had political motivations and were not impartial.

The ministers also determined that the EU already possesses effective tools to protect the EU budget, and the rule of law is a value shared among all member states that should not be used as a method of creating division.

In Varga and Ziobro’s opinions, it is the working of state institutions which guard the constitution that guarantees the protection of rule of law.