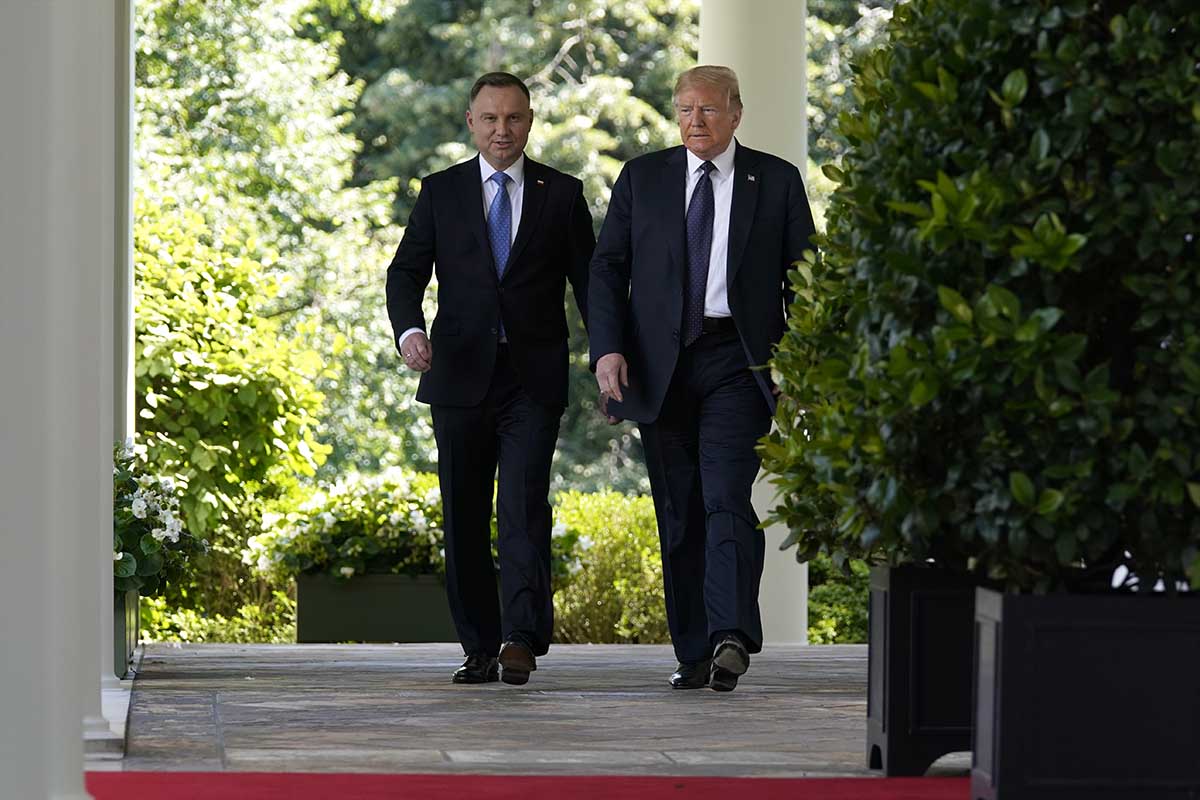 After talks with Polish President Andrzej Duda, President Donald Trump announced that the US will probably move soldiers from Germany to Poland following a meeting between the two leaders.

Trump stated that the importance of the Polish-U.S. alliance was confirmed during the meeting and two declarations were signed – one concerning nuclear technology and the other on 5G networks. He also emphasized that Poland is one of the eight countries who are meeting the two-percent commitment all NATO are supposed to meet.

In context of energy, Trump mentioned deals made with Poland for the purchase of LNG gas and works on an agreement which will allow Poland to construct a nuclear power plant using American technology. The two leaders also discussed the strategic Three Seas Initiative.

Duda stressed the importance of his invitation and visit to the White House as the first foreign politician to do so since the start of the pandemic. He added that the talks were also focused on scientific cooperation between Poland and the U.S. to find a vaccine for the coronavirus.

Duda confirmed that an agreement to introduce nuclear energy for production in Poland will soon be signed between the two countries.

The Polish head of state also thanked Trump for fighting for historic truth concerning the Second World War and reiterated the importance of military cooperation with the U.S. as it gives Poland investment credibility.

Referring to military cooperation, Trump announced that the U.S. will reduce its forces in Germany and some of those troops will return home. He confirmed that some of those forces will be probably moved to Poland among other countries.

Trump declared that Poland is one of the few countries which fulfills its promises and will pay if the U.S. sends additional troops. The U.S. will reduce its troops to 25,000 in Germany, as the Germans pay far less than they should as a NATO member state.

“Germans pay Russia billions to have energy. Now, the question is, what is this about? They pay billions for Russian energy, and we’re supposed to defend them. Poland receives almost no energy from Russia, which is an important signal,” he said, adding that moving troops to Poland will send Russia a clear signal.

The American president emphasized that he didn’t think the U.S. had ever been closer to Poland than right now. He also hoped that Duda will succeed in the upcoming presidential elections.

Prior to the meeting, Duda said that he believed his visit in Washington was proof that Polish-American relations had moved to a very high level.

Duda started his visit in Washington by laying flowers at the statue of Tadeusz Kościuszko, which stands in front of the White House.

A few weeks ago, Tadeusz Kościuszko’s monument was vandalized. President @AndrzejDuda begins his visit in #WashingtonDC by paying tribute to a proponent for the abolition of slavery, a distinguished son of #Poland, and hero of the American Revolution. We remember your sacrifice! pic.twitter.com/8dMqD4yX3r

In early June, Kościuszko’s statue was vandalized by Black Lives Matter protestors, an event that outraged many Poles.